I Reported My Sexual Abuse After 43 Years 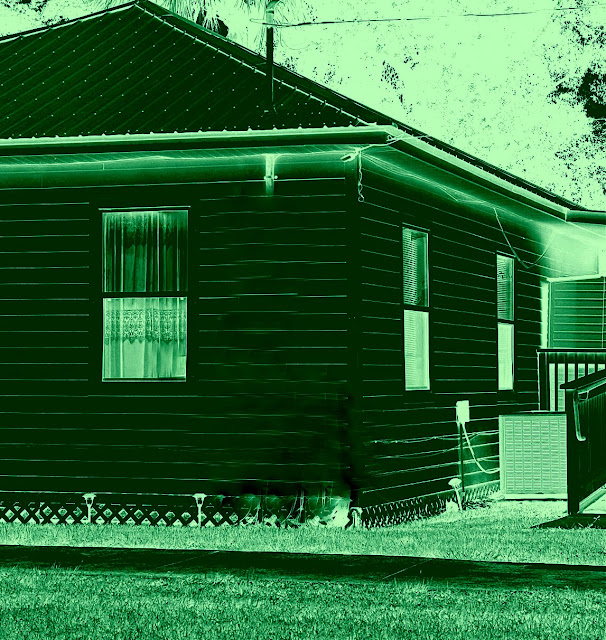 October 11th, 2019, I drove to the Ascension Parish sheriff's office, my heart racing. I had no doubt I was doing the right thing, and yet I was petrified.  Even though I had requested to speak to a female officer, I still didn't feel confident she wouldn't be dismissive. I worried she would mock or disregard me. I was bracing myself for that. I mean, it has been 43 years, and because of that, so many people seem to think that if someone has gotten away with a crime against you for so long, why not just let them keep on getting away with it.

No matter, I knew what I had to do. I kept giving myself a pep talk, reassuring myself and hearing the line from Anne Marie Miller's book, Healing Together, in my head, "I am not responsible for the repercussions that result from the abuse I experienced. It's the abuser who decides to take advantage of the victim, and the victim is not responsible for the impact that decision may have on the abuser in the future."

When I arrived at the substation, I found Deputy Jennifer Dean. Two male officers left the building, and then it was just her and I. She shut the door to the office. It wasn't long before I could tell she wouldn't judge me for waiting 43 years. She told me of a 50-year-old friend of hers who was abused by her father as a child and just reported him to the police.

I had no idea why he "peed" on me or why his "pee" didn't stink. When I woke up the following day, I didn't see yellow pee all over me. (I didn't know until years later that he didn't pee on me because at nine, I had no idea what came out of a penis when you yanked on it repeatedly.)

Another time he stood jacking off by my bed, and he grabbed my shoulder, trying to turn me toward him. I knew I had to scream. I sat up in my bed and called for my mother. It startled him, and he told me to be quiet. My mom was in her room with the door shut and the window unit AC on, so there wasn't much chance of her hearing me. I screamed again. He told me to stop screaming again then he left. He wasn't expecting resistance.

At age nine, I had my first experience with sexual abuse. The person who'd stepped into the role of protector was the perpetrator.

I don't know how many nights these things happened. I don't know if it was all one night or many nights. I know I tried to stay away from home as much as I could or sleep in my five your old brother's bed with him by the wall so he would be between Donnie and me.

After a few weeks (I think), I told a friend of mine, and she informed her mom, then her mom told my mom.  My mom asked me about it. She believed me, she held me, and we cried together. Later that same day, we packed our stuff and left. I'll never forget how relieved I was when we left.

I would see Donnie from time to time around town and get physically ill. We lived in a tiny town. Once when I was a teenager, I was at a friend's house. Her parents were friends with Donnie and his new wife, they happened to be at a Bar B Q there, and my friend asked me to come out and sing for everyone (I sang all the time). I looked outside, saw him, he looked at me, and I had a literal breakdown. Back then, we didn't call them panic attacks, but that's what I had. I started shaking, crying uncontrollably, curled up in a ball in the corner of her room, and told her I couldn't go out there. She thought it was just stage fright.

Even though my mom and Donnie were together for a few years, I have no recollection of any other words being spoken by him except "why are you screaming? Stop screaming" I've tried to recall other conversations, even with other family members, but I only remember those words.

I told all of that to detective Dean on that day in October. She pulled up Google maps and found the house it all happened in. That was so weird to revisit the place visually while discussing what happened. She asked if I had a picture of him, and I went to Facebook and found one on his stepson's page. Officer Dean assigned me a case number and wrote up the charges as Indecent Behavior with a Juvenile. She sent it to Okeechobee, Florida Sheriffs' office. That's the city where it happened. Finally, the abuse committed 43 years ago against 9-year-old Carole was reported to the police.

There are a few reasons I chose now to file a police report. First, my daughter was recently sexually assaulted by a woman, and I told her she should press charges. She didn't want to; she kept brushing it off, saying it wasn't a big deal. I realized I had never pressed charges against my abuser, who most certainly have gone on to abuse others. Second, before he did that to me, he'd been charged with making obscene phone calls to a woman in town, that was before the time of caller ID and any real way to trace calls; therefore, they couldn't prove it was him, but I have no doubt he was guilty. He'd already been investigated for criminal sexual behavior before he assaulted me, so indeed, it didn't stop with me. The third reason is he has a great young granddaughter now, and I got physically ill when I saw her fearing he would do the same to her if given a chance.

And the final reason is the courage of the brave women who spoke up against mighty men like Harvey Weinstein, Bill Cosby, Bill Clinton, Donald Trump.

Sadly I found out that Florida has a statute of limitations, so there's very little that can be done to Donnie. He gets to continue to get away with being a pedophile. Florida had a chance to change its laws last legislative session, but the bill died in committee. The Catholic Church in Florida is very powerful, and they don't want all the grown victims of pedophile priests to file charges and sue the church for being raped by priests when they were children. Similar laws are currently being considered this session, but all of the ones I've read so far would change the statute in the future, not for those of us who now are victims of crimes committed against us as children.

How pathetic that in 2020 a state can't agree that people who were sexually violated as CHILDREN should be able to file charges against their assailants.

The average age a survivor of sexual abuse comes to terms with what happened to them is 45, so every state needs to lift the statute of limitations. Pedophiles and rapists need to be in jail, not being protected by powerful lobbies in Congress.

As far as I know, Donnie Chandler is still living in Okeechobee, Florida free of any consequences for his actions. 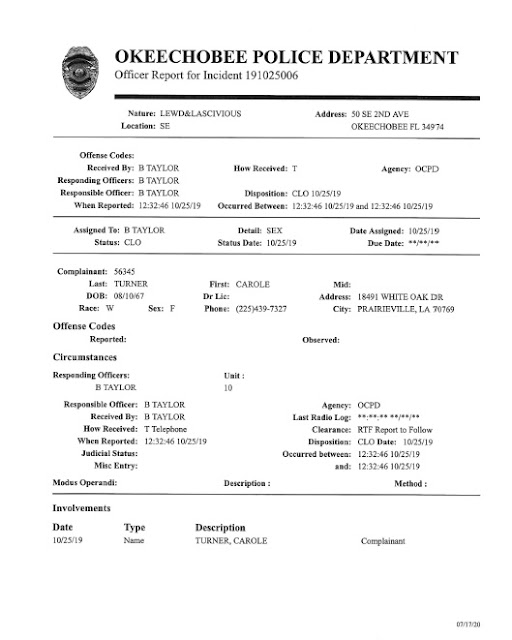 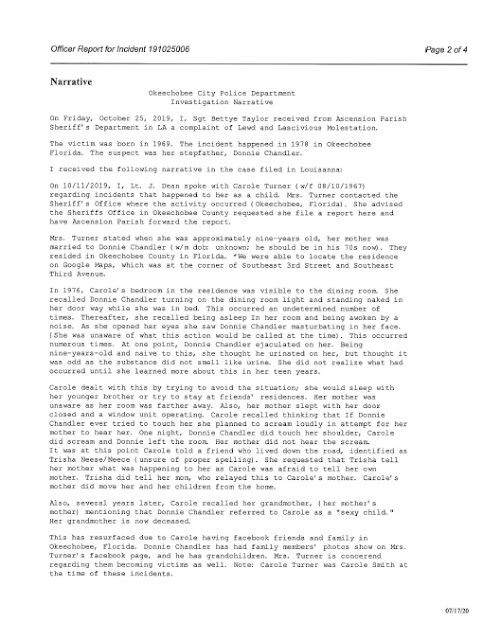 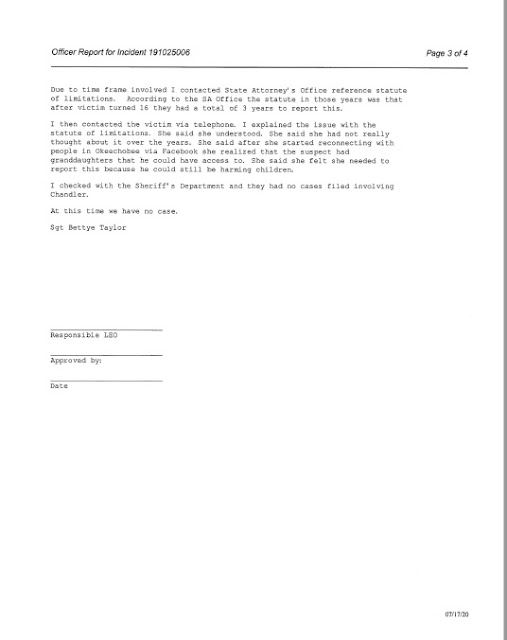