Panic at the Disco 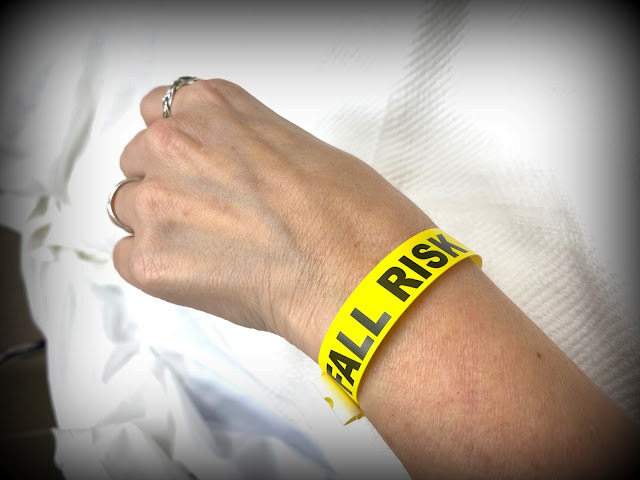 I could feel it coming on. I'd started feeling crazy. I had one before. Only one over two years ago, back when all the Abel stuff was going on. (I wrote about it here but I didn’t call it a Panic attack) so I was doing all the things I knew to do to keep it from happening again. I was doing my deep breathing, drinking my hot tea without caffeine rather than coffee, watching stand-up comedians and funny shows. But I was also declining bill collector calls every hour. I can't blame anyone else for my financial situation, God I wish I could. I've always been crap with money. But that guy who hit my car last February certainly bares some responsibility for us being behind now and the legal crap is taking FOREVER of course. So I was overwhelmed, consumed, just done. Mentally I was done. I could feel it creeping over me.

Every day as I drive to work I feel an overwhelming desire to get away. I feel trapped. The constant phone calls from bill collectors, always being behind. Cause me so much anxiety. I wish we hadn’t bought this car. I wish we hadn’t gotten all those stupid loans. I’m drowning. I want to get away but I can’t because these debts trap me. I have to swallow hard. I’m going crazy. I’m screaming on the inside. I sing a song on the outside. I laugh and walk the right rope as it frays beneath me. I can’t talk to anyone about this because what can they do? ...There’s absolutely nothing anyone can do. I can’t quit my job so I can write, paint, open my shop, no all our debt we are not even keeping up with has made sure of that. And that damn house won’t sell. If only it would sell that would help so much. We could pay off a lot of the debt that’s making me crazy. I had to write this down. Document how crazy I’ve been feeling anytime I’m alone with my thoughts. I want to get away. I should go walk the Camino again, this time do the entire thing. I bet I could do it for a couple thousand dollars. But here we are again, back to money, I have no money!! It’s my own fault.

I called Women’s Hospital today to see if they had a mental health facility but couldn’t get any help. I considered calling 911. I did my deep breathing to calm myself down. Looked online for some place just for women. Dean couldn’t handle this.. so I have to be ok. We don’t get to be selfish. Women have to be ok. So we keep on until we don’t anymore I guess. God I wish I knew what to do. I don’t even have the money to go see my counselor.

But it wasn't our financial situation that was causing me to break apart. I got off my anti-depressants a couple months ago. I think it was October or November. I just felt like they made me not feel. But if I'm honest it was more about the stigma. I didn't want to be someone on an antidepressant. I'm admitting that for the first time. I was on a low dose of Welbutrin since last July.

I'm also on 50 mg of Topirmate. I'd gotten on Topirmate four years ago when it was a part of a diet pill I was on. I noticed that I could suddenly hear the other side of my brain when I was angry, like the side that I could never hear before until after I had flown into a psychotic rage over something stupid like spilled coffee. After being on the diet pill with the Topirmate in it I found I could hear the other side that would say "Hey, that's just spilled coffee, you’re not really upset about that, so do you really want to freak?" Sure, I didn't always listen to that voice but at least now I could hear her, she wasn't drown out by rage. I told my sister, whose and RN, that I didn’t randomly turn into the Hulk anymore and she told me that Topirmate is sometime used to treat bi-polar. Well, that explained it! Ha. When it was time to get off the diet pills I asked my doctor if I could stay on a low dose of just the Topirmate, I told him how it helped my brain so he prescribed a low dose. I've been on it for a few years now and it's made a remarkable difference, just ask the people who live with me.

But even with being able to deal calmly and rationally with the circumstances of life, they were and are still shitty. I am depressed. That’s hard to admit. I do believe it’s circumstantial however, and I do need the medication. I should not have stopped taking it. Maybe I wouldn’t have had that panic attack last Thursday that freaked Abel out while I was home from work during lunch, when I started grasping at my chest and neck, crying, gasping for air, saying I can’t catch my breath, can’t swallow, doubled over, causing him to call 911, landing me in the ER.

Here’s the deal. My heart and mind are broken. I will go into it all in more detail one day, maybe, I don’t know, but for now, in a nutshell, when our family started dealing with the stuff with Abel it triggered memories in both Dean and I. We both realized trauma we had never dealt with. I will stop speaking for Dean, for me I started to see how these traumas, events, times, people, not processing them were all a part of what made me, me. I started to see how they all had affected me and I started to FEEL THEM for the first time. Suddenly all that misplaced anger was placed where it belonged. But this is ongoing, this process, I'm still in it and I'm always coming to terms with how it all affected EVERYTHING. I saw all the rage..its a lot to process. It's surgery. Big time surgery. I’ve been in individual counseling now for several months, I am an open wound, surgery is painful, I need the pain medication to get through to the other side where the healing is.

There are days when I wonder if Dean and I are going to make it. We’ve been thorough some shit but Thursday in the ER we wept together and talked like we haven’t in a while. Two surgery patients holding hands.

I always think about what I posted on here last Valentine’s day. It was Peter Gabriel version of Heroes..

I, I can remember
Standing, standing by the wall
And the guns, shot above our heads
And we kissed, as though nothing could fall
And the shame, the shame was on the other side
Oh, we can beat them, forever and ever
Then we could be heroes just for one day

Going to the hospital was pretty useless. Unless you’re suicidal there is no emergency help for you. Heck, we know this from Abel so that day just reaffirmed that knowledge. But I did get a complete work up, chest x-rays, EKG, all that good stuff so I know I don't have AIDS, and my heart and blood work was good.

I'm in repair. And on occasion, until I'm healed, while I'm getting sliced and diced, when the pain during this surgery gets to be too much, when the cuts go too deep, and I just can't stand any more, there may very well be panic in this disco.
family mental health My issues