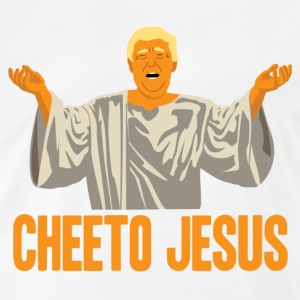 Steele came home from school one day telling me how the world was going to end in a few days,"You have any idea how many times in my 50 years of living that someone was certain the world was ending tomorrow? More times than I can remember." I told him. He seemed relieved.

I read news stories that profile "Evangelicals" who 100% believe that his Assholiness is ushering in Armageddon by moving the capital of Israel to Jerusalem. I guess all the other world leaders who voted against that are "of the devil".  I mean, nothing says "Love of Jesus" like wishing frickin' Armageddon on all of mankind. They may be right though, between his nuclear war pissing contest with Kim and all the hate and anger he's stirring up, we might just yet see the end of the world they so desperately desire.

Call me a heathen (most people do now anyway since I don't go to church, say cus words, and vote Democratic, think Gay people should be treated equally and refuse to register with the state media, FOX news) but I don't want the president to ushers in Armageddon, I have no desire to see people brutally killed so I can get my jollies saying I was right.

"Hey, but aren't you excited? This means Jesus is coming back! Sure your babies body is being blown apart, your country starving, and living in a nuclear wasteland is all bad but it will be over soon...no you can't kill yourself or you will go to Hell...no this isn't Hell. REJOICE!"

That's some jacked up shit right there and that is exactly how radicalized "Christians" think. But it's OK here in America for "Evangelicals" to wish Armageddon on the world and to even work for it to happen but Muslims, since they're wrong and their religion is so violent, they are terrorists with their jihad stuff and all. (eye roll)

Being good in the face of evil is much harder than I thought. As I wrote in a previous post, it is the great battle of our time. We are in an age of profound evil. Profound because it is being heralded as good by those who profess Jesus. It is turning away people from Jesus. Our faith is being exposed as a fraud.

I am thankful for faith leaders like Russel Moore, Lecrae, Shane Claiborne and Beth Moore who are standing up and shouting ICHABOD. They are light when all the other lights have gone out. I say all other lights because, if you're reading this and you go to church, is your pastor speaking out against this regime's actions or is your pastor high on Armageddon dreams? I speak to Christians who tell me they disagree with T and his actions but I never see them take a visible stand. It's as if they don't want to rock the conservative boat. Is it that you would rather play the violin while the ship sinks? If there ever was a time to stand up it's now. If there ever was a time to speak up it's now.

Don't frickin' post pictures of your family "serving" the poor at the holidays and then sit back and say or do nothing to fight against a regime hell-bent on pushing everyone out into the margins that don't praise and worship his Assholiness. You're not serving the poor, you're making yourself feel the warm and fuzzies while you let this regime kill any semblance of Jesus in the public sphere.

So many of Cheeto Jesus words and deeds should DAILY cause you concern and push the activation button but if Charleston wasn't the straw that broke the camels back, if it wasn't what made you stand up and say enough, if it wasn't the darkness that caused you to flip on the light, I dare say you are choosing blindness over sight.

Ah but it's easier to say it's all fake news, everyone is a liar, there was evil on both sides, Christians are just victims of the "deep state". This allows us to discount anyone sounding the alarm as overreacting. This allows us to embrace the mean girls like Tomi Lauren, blonde, mean and wielding her-I'm hot so listen to my petty tantrums-power. This is who Christian leaders like Tony Perkins bring in to address congregants. The Jerry Falwell Jrs, Paula Whites and Franklin Grahams of the world leading lambs to slaughter. Maybe Paula is sexing up his Assholiness like she did my friends husband.

Yes yes, I hear you, "What? You fancy yourself a profit with your 'Ichabod' pronouncement?" I don't fancy myself as anything other than someone who gives a shit and feels the need to speak up. Maybe it's my gift, maybe it's my curse but I know it's my life and I gotta do what I gotta do.

I know I'm setting myself up to get some mansplaining to me how wrong I am, or maybe my former friend will threaten to run me over again. Those responses coming at me are exhausting, they squish me down and crush my soul because I let them.

Threats of death and losing friends caused me to become quieter. Trying to navigate the effectiveness of speaking out on social media also caused me to speak out less. Wanting to act in love, not wanting to say and do things just for attention or to exploit the pain of others like online "activist" MM does, all that made me keep my opinions to myself more than not.

And I didn't want to give in to the pull of power, fear, hate, and fall with the ring into the crack of Mount Doom.

The ring of power has a will of its own, no one can wield it.

It's hard for me to see clearly. I feel like Frodo holding the ring, disoriented and overwhelmed with the grip of evil, "Why shouldn't I keep it....This is a gift in the fight against the foes of men...it came to me, the one ring....we can use it..." on repeat is all the reasons it makes sense to just hate right back, to give in to the fear and anger. That all makes perfect sense when standing in the belly of evil, on the edge of death with the grip of power overwhelming you. 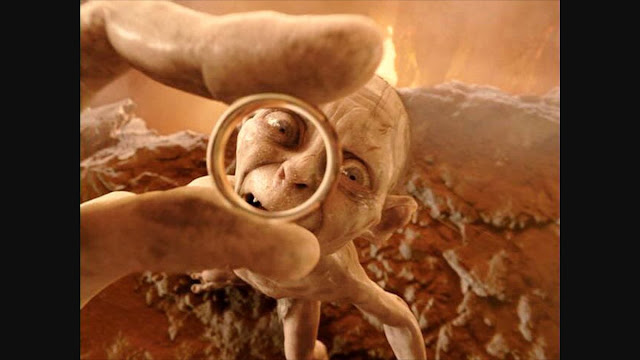 I think American Christians in all their false humility and feelings of superiority thought they could never become controlled by the ring. They fancied themselves as Hobbits, so humble, simple and unassuming...2018 has them at the crack of mount doom...dancing because they have their precious back, gleeful they now have the power....dancing for a fleeting moment before falling to their death in the fiery chasm.

The word Ichabod means literally “inglorious” or “there is no glory,” and in her pain and despair, the woman (who is unnamed in Scripture) lamented over the loss of the glory of God from Israel.