Walking Part of the Camino De Santiago, The Adventure That Was 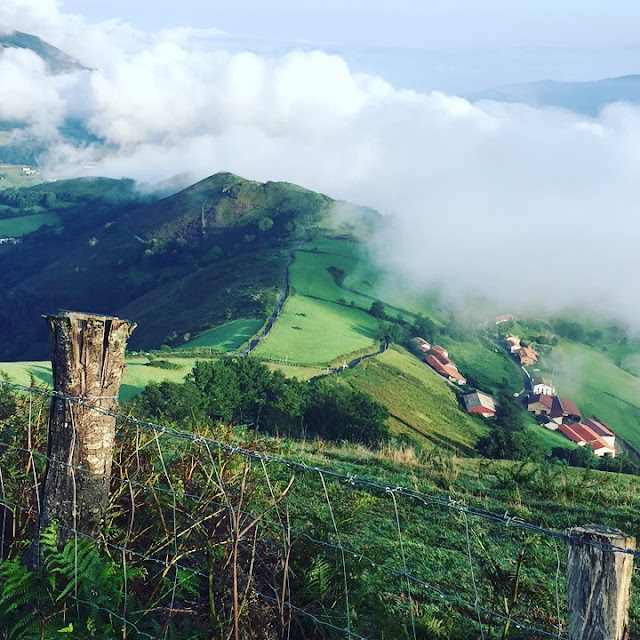 
2. an exciting or remarkable experience

It's weird that I walked from St Jean Pied De Port France to NaJerra Spain, 10 to 18 miles a day for 9 days. It's weird that I slept in rooms and ate with 4 to 20 strangers each day. It's weird that I climbed a frickin' mountain! No wait, not just one mountain, we actually climbed up and down and snaked around mountainous terrain every day! It's just all so weird to think back on now.

When people ask me if I had fun on my trip I tell them it was quite an adventure because the word fun isn't appropriate to describe it. It was an undertaking that involved danger and unknown risk, it was an exciting and remarkable experience; it was so hard! It was the second hardest physical endeavor of my life, second only to my miserable pregnancy and giving birth (after 22 hours of labor) to 10lb Evangeline.

The first day was pure hell. I honestly thought I was going to die on that mountain. If I had known better I would have booked a room in Orrison which is the only Alberque on that horrible climb. It was so steep, and it never stopped climbing. Then the way down was just as awful, my legs turned into jello. I was the last person into Roncesvalles, it was already getting dark, it took me 12 hours to walk that 19 miles.

Look at this picture and you can see how crazy that first day's climb was. 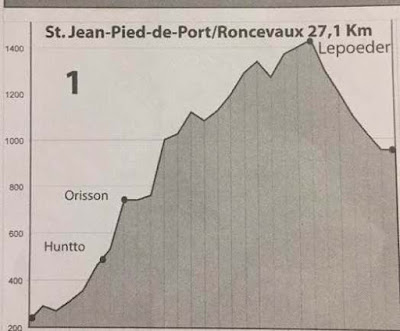 But it was as beautiful as it was difficult. I have never seen anything like that country. Pictures do not do it justice. I caught myself just standing in awe a few times. 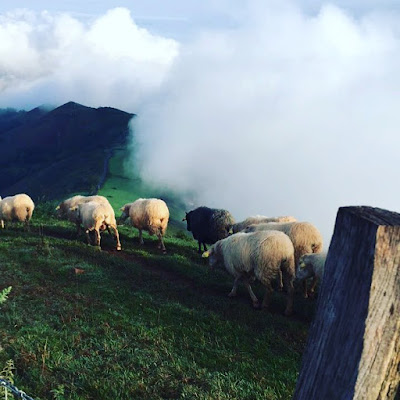 My sister walked more miles then I did, she's a beast, I am not. And I know that without her pushing me, I wouldn't have walked even as much as I did. Three of the 9 days were what I called my short days because I only walked 10 miles on those days and then I took a cab to where we were staying for the night. Donna walked the full 15-18 miles each day. 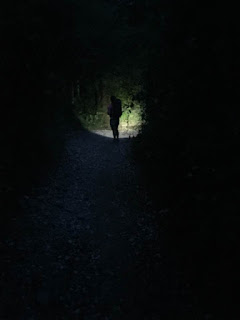 We were up and walking usually by 6:30am most mornings, breakfast consisted of toast with various jams (fresh not store bought), coffee and orange juice made from the local oranges. I'm not an orange juice drinker usually but there, I drank it every day because it was the best orange juice I've ever tasted.

By the time it was 8 or 9am we had already been walking a couple hours and were starving so we would stop and eat a real breakfast. I always had an Americano, they were so good there. Even after eating a real breakfast, I would feel like I just couldn't do it that day. My knee always hurt, sometime it would hit me with a sharp pain or just decided to lock up. My ankles ached, my calves ached, the balls of my feet ached, my toes ached, pretty much everything from my hips down ached. So, getting warmed up each day took a while.

Daily I would hit a point where I thought "This is bullshit!" I didn't want to walk another step, I was miserable. I was tired of having to change socks, tired of being hot,tired of Donna not wanting to stop and rest, tired of tending to that blister on my pinkie toe, tired of carrying that heavy backpack, tired of everything. My lower body was just screaming at me to stop.

I had to get a new knee brace at one point and it only came in white, which of course is a horrible color to wear on your leg while hiking, so I knew I would have to decorate it. First thing I wrote on it was, "F_CK YOU MOUNTAIN! I put a heart where the U was supposed to be, you know, so not to be too super offensive :-) that is what I was screaming every time I saw yet another winding, rocky incline. 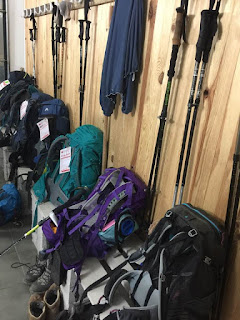 Everyday I would think how I should have been in better shape before attempting the Camino. Everyday I would think that all the books and videos lied, it's much harder than they say, much more rocky, no you don't get use to it by day three or four, no it's not this glorious spiritual journey, it's just straight bull shit to this out of shape 50 year old with wide redneck hips and 10 extra pounds.

But I kept walking and then we were at our destination and there was delicious wine and food and fellow pilgrims we had met and none of that made the walking not bullshit but it did make it less bullshitty.

It's weird, now that I've been back a week, I miss the Camino. Something that was so physically miserable was at the same time wonderful.


I want to go back and finish it but now that I have done a little of it, I have a better idea of what I would and wouldn't do. I would frickin' learn some dang Spanish before I went. We were in a country where we didn't know the language, so we were at the mercy of the kind strangers, and there was always a kind stranger. Donna isn't one to walk up to someone and ask for help, so I would go up and say "English?" A few times I got the eye roll from people, that same look we give here in the U.S. when someone doesn't know English, the look that says "If you're gonna be in this country you better be able to speak the language!" I will never do that again to someone.

I kept thinking about how much Evangeline would love the social and cultural aspect of the Camino. The bond between pilgrims, the communal living each day with familiar and unfamiliar pilgrims, getting to know people from all over the world, she would love that. And the food, wine and the beautiful old cities and churches. 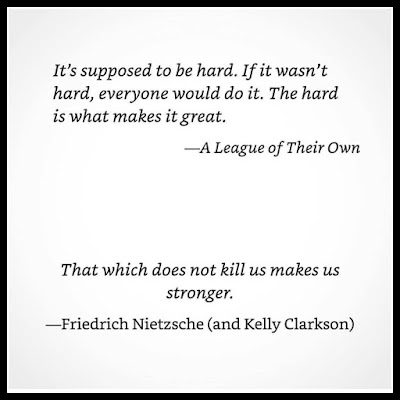 I loved seeing France and Spain by walking through it. I loved traveling by foot beside others who were on the same journey. I loved that we were all dealing with aches and pains, blisters and sunburns, many of us pondering the same questions, "Should I carry my pack or send it ahead? Why did I bring this? Why did I not bring that? How many people will there be snoring in my room tonight? Will I sleep? Where's the wine?"

After 9 days we said goodbye to the Camino and we took the high speed train to the northern coast an stayed in the adorable surfing town of Bakio in a quaint little hotel owned by an elderly couple. We went to visit San Juan De Gaztelugatxe which is where they film Dragon Stone for Game of Thrones (and that was one heck of a walk too) We took the bus into Bilbao to shop and just chilled for two days. It was wonderful. We also stayed a night in Madrid, which reminded me a lot of New Orleans.

Sharing this experience with my sister was wonderful, and walking the Camino was the adventure of my lifetime....so far.

Below are some of the photos I posted on Instagram, they tell more of the story of my walking adventure from France and through Spain. 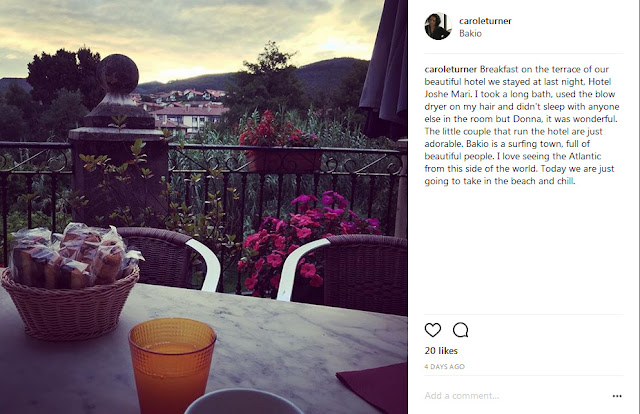 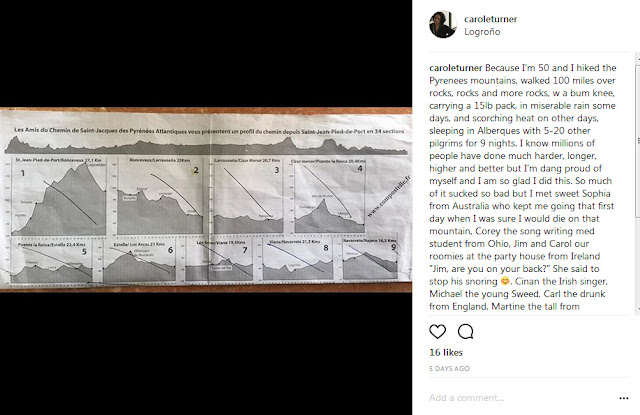 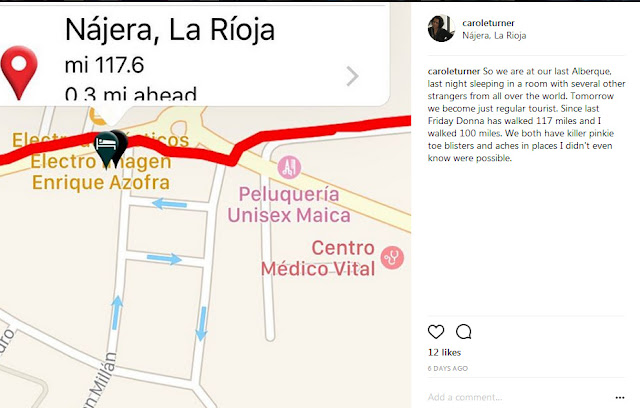 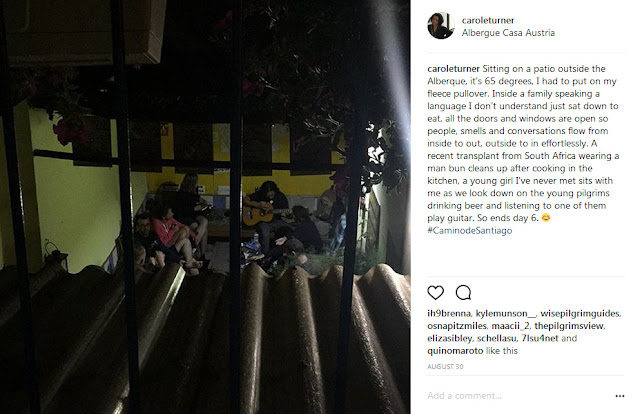 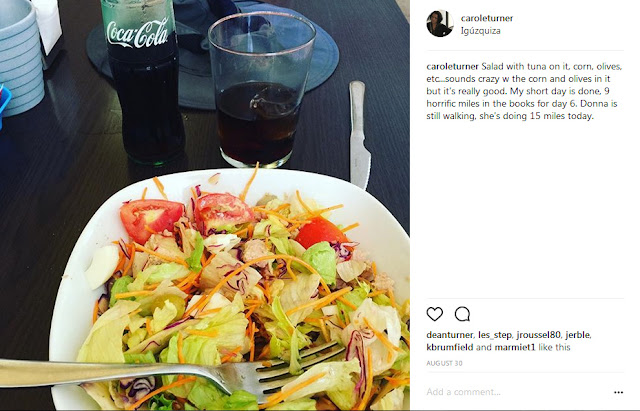 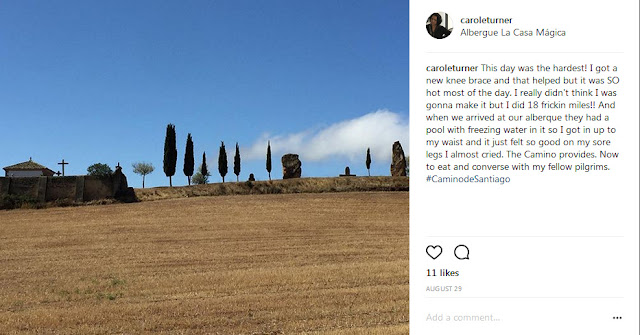 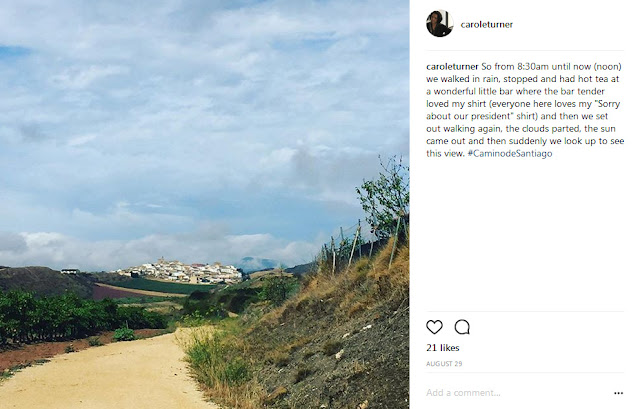 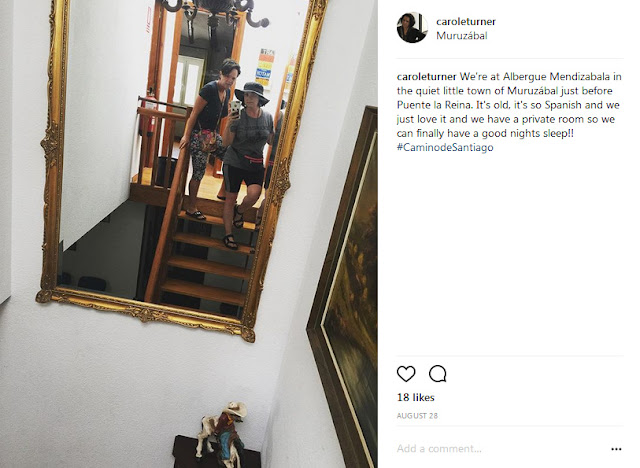 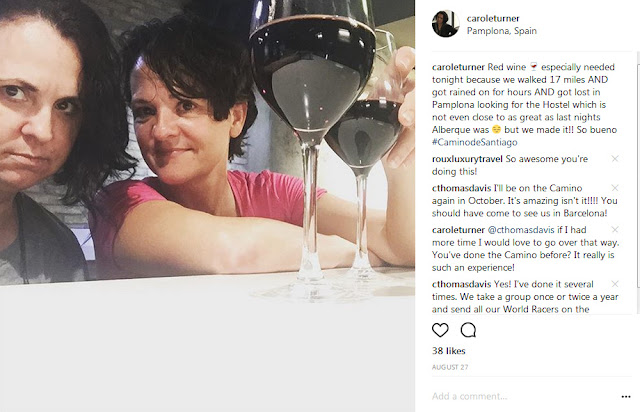 View all my pictures and some videos from the trip HERE