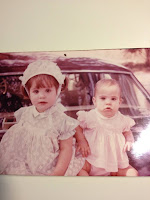 I was born August 10th 1967, The president was Lyndon B. Johnson (Democrat). People were listening to Light My Fire by The Doors. The Ballad of Bilbo Baggins by JRR Tolkien was performed by Leonard Nimoy on the TV-show Malibu U and C.S. Lewis published Letters to an American Lady.


That was 50 years ago
I’m now half done

Half a century in age
I am at the Apex

Let’s take a quick look back on these last 50 years.

I didn't have a great childhood. No father in the house, living mostly with grandparents, mom having to work 2 jobs sometime just to feed us. My grandfather was a drunk, who could be violent to my grandmother and she was always sad, mad or crying it seemed. I have a few good memories; going to the lake with my mom and her friends, visiting my dad and there always being Elvis music playing, grandma telling us stories about her life while we snapped peas from the garden, my sister taking care of me when I was sick (which was always) are some of my favorite memories.

The worst thing that happened was when I was 9, my mom briefly married a man who tried to molest me. You can read that story HERE.

During my teen years I went looking for love and I found the heart shattering kind saved for fatherless girls who have no idea how they should be treated, then I found Jesus. I had flirted with faith from the age of 12 but when I was 17 I gave my heart to it completely. Unfortunately my relationship with God started at Jimmy Swaggart Ministries.

That environment didn't make me a better person, it made me self-righteous, judgmental and ultra legalistic but it did facilitate the creation of lifelong friendships and looking back on it revealed to me what not to do and how not to be as a Christian. Being legalistic is a horrible toxic prison. It was bondage and not bondage to God rather it was bondage to rules. Condemnation was ever present.

I didn't like myself, everything in my new found religion told me I was unfit, I had to completely change my personality, become someone different in order to please God.

So glad I got away from that. 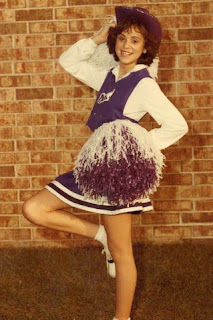 I hit my quarter life in 1992. By the time I was 25 I was a hard core Republican. I listened to all three hours of Russ Limbaugh's show every day, devoured National Review, protested in front of abortion clinics, and often times uttered the words, "I don't think you can be a Democrat and a Christian."

The president was George H. W. Bush (Republican).
End Of The Road by Boyz II Men was a number one hit. My favorite TV shows were Martin, Melrose Place and The Real World. And My Cousin Vinny, the movie that still holds the #3 spot on my all time favorites list, was released. I remember going to see it, it was rated R so obviously I had grown out of that "Can't watch rated R movies" restriction that had been placed on me under the Swaggart regime. 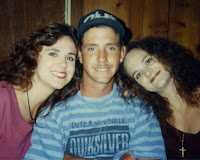 I was still attending a charismatic church where all things secular were advised against but I had started to realize these were mostly stupid blanket rules to throw over Christian's lives that had little to do with being like Christ so I was throwing off that blanket.

My late 20's to early 30's were a mix of complete joy and utter heartbreak. I met a married Dean, the love of my life, and I gave birth to our 10lb 1.5oz baby girl Evangeline. I had been told I would probably never have children due to my endometriosis, she was our miracle of birth. The heartbreak came when she was diagnosed with Type 1 Diabetes at age 2. There is NOTHING worse than your baby almost dying and then spending 3 days in the PICU. That diagnosis changed everything. 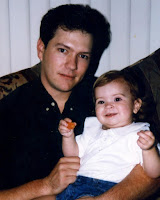 Then along came Steele, our first little miracle of adoption. I was 37 years old with a new baby, completely overwhelmed by having an infant again and also dealing with everything that comes with adoption. Adoption is equally wonderful and sad, beautiful and difficult.

Two years later we had another adoption fall through right before the baby was born. It was like having a miscarriage. That was in August of 2006, I was 39 years old. 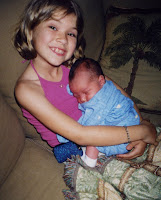 Then suddenly I was 40 and this last decade has been my most liberating. I said good riddance to that janky broken oven of a Uterus of mine when I had a hysterectomy! Getting rid of my Uterus brought about instant relief of the physical pain I had lived with since I was 12. It also brought on Menopause which has not been fun, the weight gain especially.

The saddest liberation came in 2013 when I broke up with church all together. That was a hard break up that played out publicly here on the blog. I bitched, I screamed, I mourned the loss. And since 2015 I've been working on a book, (its FICTION, I put that in caps so everyone knows it's not real) set in church world. We all have our ways to cope, mine is to write, talk, sing, it serves me well to use my experiences to create characters and environments based on what I've known.

The greatest gift and the greatest challenge of my 40's was adding Abel to our family. I had no idea when we adopted him from Ethiopia in 2009 how completely unprepared I was. It was hard but I think we are all better people now from having to do the hard work of loving and connecting. I don't even know how many days I said "I can't do this! I'm failing him and everyone!" But then I got up and tried another day. I think he would say the same thing, it's been work for him, emotionally it has taken its toll I know. Nonetheless, we are a family, he is our son and always will be, I love him and I am so glad we adopted him.

Also in this last decade became politically liberated. I left the Republican party even before I left the church. I started to see through the spin around 2008. Like everything else, it was a slow process of seeing things more clearly. In 2012 I registered as an Independent and from that point on my disgust with the Republi-christian machine as I call it has grown. Now, Lordy, I just keep thinking "Icabod!" which means "the lord has departed" because I don't see Jesus anywhere in today's Republican politics.

I lost a few friends during this last election, something I would not believe possible just 3 to 5 years ago.

Crazy how drastically things can change in even a short span of time. 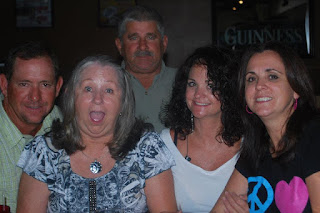 You know one way I know I’m old? Because I go to bed at 9pm and get up at 4:45am and I'm not tired all day. I never understood how my mom could get up so early, now I understand.

It's weird turning 50. I don't think I look old when I look in the mirror but then I look at a picture and see it. I feel better physically now than I did at 25. I'm more active now than I was at 25.

Looking back I see that I have missed so many opportunities in my 50 years. I hate that. Fear of success has stolen so much time from me.

I hear people say they have no regrets in life; well I have plenty of regrets.

One currently I have is I wanted to be finished with my book by my 50th birthday but I have at least another 150 pages to write.

But to be fair to myself, I have checked several things off my bucket list in these last 50 years such as;

I was in a movie, over 40 different films and TV productions actually, with the likes of Will Ferrell, Tom Cruise, Matthew McConahey, Zach Effron, Channing Tatum, Kevin Costner, Octavia Spencer, The Rock, Oprah, Forest Whittaker, Jamie Fox, Christof Waltz, Matt Dillon and of course, my favorite, Mark Wahlberg. You can read that story HERE, it's great! (Then Louisiana politicians destroyed the film industry here, now there are not even half the productions as their use to be and it's so sad.) I miss working in movies. I absolutely loved it. It was some of the very best days of my life.

I sang regularly with a band. From 2008 until 2012 I was one of the lead singers in the Dream Center band every Sunday. It was one of the great joys of my life.

I've seen some of my favorite artist in concert such as Guns and Roses, John Mayer, Randy Travis, the queen herself, Pat Benatar, the best band in the history of time, Fleetwood Mac and My favorite Rebels of all time, The Dixie Chicks.

At the end of August I will check off another thing off my bucket list; to walk the Camino De Santiago. I will be walking it with my sister. I have been training for over a year, getting my legs ready to walk 4 to 6 hours a day. We are walking half of it (the whole thing takes 30-35 days to walk, we will only have 11 actual walking days) but I’m doing it. I’m actually doing it and if you know me you know that me hiking for two weeks is crazy.

Some other things that I still would like to do before I die;


Over these first 50 years I’ve reached a point of acceptance about some things,

I WILL NEVER BE

50 YEARS OF LIVING HAS TAUGHT ME THAT
RANDOM MEMORIES


I know there's so much more that I've thought to put on these list or add to this blog post but I can't think of it all now. That is another thing about turning 50, you forget stuff pretty quickly and after I post this I will remember all kinds of super important life events that should be in here. 50 years of living takes up a lot of brain space.

And I feel like I have really lived this first 50 years.


I'm looking forward to all the living I will do on the other side of this mountain, on the flip side of this silver dollar.

Tell me something good, something we did together that was fun or meaningful; give me a favorite memory, your favorite story from my 50 years so far here on this earth. In celebration of my 50th birthday, I would love it if you would contribute to the documentation of my life.
. 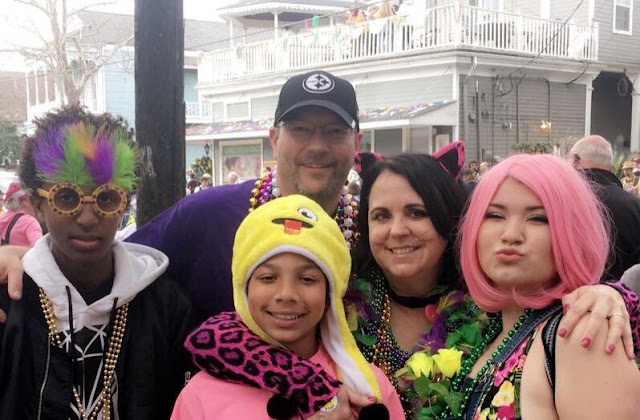