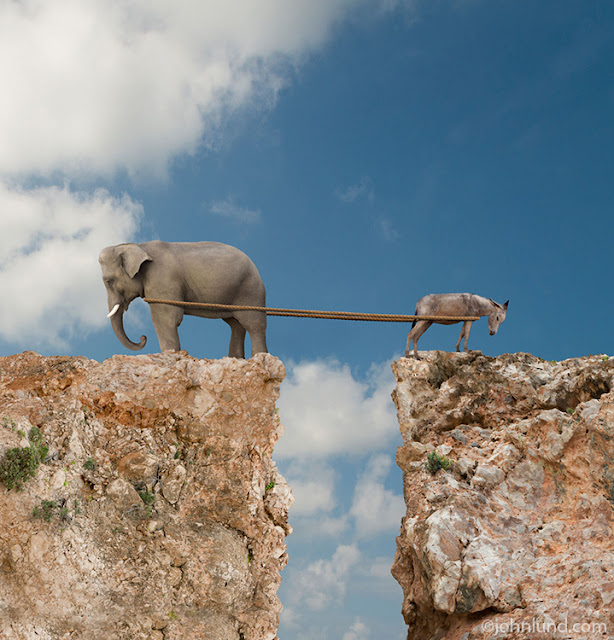 "So it begins, the great battle of our time." Gandalf

The battle is not for ideology, it's for love, for reason, for wisdom, for balance.

My battle is against becoming everything I believe is so awful.

Fighting for what we believe doesn't mean fighting against other people personally. It doesn't require denying their humanity as the man did who shot the senator, police officer and congressional staff member at the baseball practice last week.

People I disagree with are not my enemy. How did we lose the ability to disagree without completely vilifying each other?

Is this our wake up call?

Russia wanted this. They wanted to destroy civility here and create a deeper distrust of our government.

All 17 intelligence agencies have agreed Russia was behind the hack of Democratic email systems and tried to influence the 2016 election to benefit Trump. The findings are at the heart of an investigation into contacts that members of Trump's campaign team may have had with Russian officials during the campaign and the transition.

I can say that, I can say what I believe about Trump and Russia without wanting him to die. I don't have to go so far as to hold up a fake, bloody severed head of Trump. I can fight against his policies, his actions, his words without becoming that. Without being consumed with hate for him as a person or hating the people who voted for him.

But it's work, it's standing against the wind, it's walking up hill like never before in my lifetime.

Fortunately I am surrounded by people who voted for Trump. I know them, I work with them, go have drinks with them, cry and laugh with them. I love them, I pray for them as they pray for me. Just because I don't agree with the why or how they voted for him, doesn't make me hate them.

But the extremes sure try to make me hate them.

The media relentlessly tries to fill our minds, confuse us to the point we give in and just let them tell us who we are and what to think. FOX news, Drudge, Infowars, Breitbart feed the lazy on the right, CNN, MSNBS, and all the other "MSM" feed the lazy left.

But how can FOX and CNN not do this? They have to provide "news" 24 hours a day, keep ratings up and draw new viewers, EVERY DAY! Knowing their audience and giving them what they want is key to their survival.

We can't let the media from one side or the other be our primary source of education, of information, we must fight polarization. We have to break bread with the "others", look them in the eye and see their humanity. We must seek out different views, hear them, listen to them. We must fight the pull to the extremes. 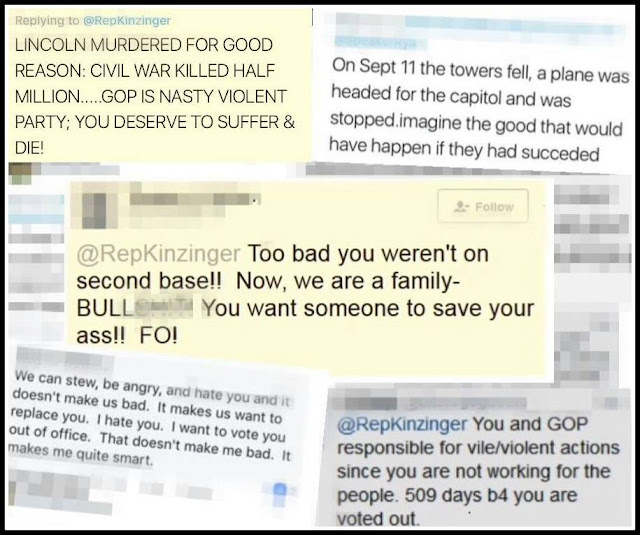 This is no time for complacency.

I've never felt more challenged mentally, intellectually and spiritually. I see my world becoming lazy, resting in the easy answers provided to us by the internet and 24 hour news instant gratification, quick information and confirmation of fears.

The truth is now relative because we can't hear it for all the noise.

And the institution which is supposed to be shining a light in the darkness, the church, has sold it's soul to politicization. Because being "right" is easier than loving and working to understand, if not agree with, those who believe differently. Hiding behind walls proclaiming righteousness requires nothing. Being fed your ideology, relaxing in the teachings without question is easy.

That's the reason people in church are called sheep.

It makes me so sad this is our new normal. Oh I know, "this is not normal" but it is, it is now the new normal. We are like a child raised in an abusive family by a sadistic mother and father who lie, bully and manipulate. That is our normal. This doesn't mean it's right but it is normal. It doesn't mean I shouldn't fight against it, see the better normal's that other families have and want that, listen to stories of better normal's and long to leave home, run far away from this warped normal seeking the better normal.

But I can't run so I survive and fight to keep my sanity, my heart and my hope alive.

Because I live in America and America is that abusive family.

I will not become a sadistic, lying, bully, manipulator even though that's the environment I live in. I will stand against the winds of hate, fear and dehumanization of others that pulls me from the right and the left.

Get in the middle where I can see and hear both sides and fight to stay there, the hardest place to stay.

It is the great battle of my time.
Finger Nail Droppings My issues Politics The American/Celebrity Church