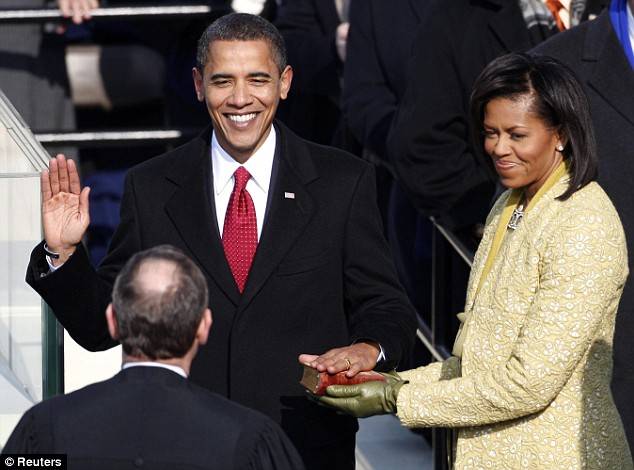 It's Martin Luther King Jr day, the day we celebrate the life and legacy of this world changing American civil rights hero. In honor of that legacy, I will write my goodbye letter to the 44th president of these United States, our first black president, Barak Hussain Obama.

Dear Mr. President. Eight years ago when you were elected I was a Republican. I didn't vote for you the first time you won, I voted for John Mc Cain. It was NOT an easy decision for me. I didn't like a lot of what he stood for but I felt the same about you. I was very torn but as I entered the voting booth, I just felt I had to vote for John.

But I'm glad you won (and I voted for you the second time, no hesitation) I cried when I saw your beautiful family standing up there. I was happy for my Cafe' Au lait colored son, his president was now a man just like him, half white and half black. What a step forward for our country. I knew history was made that day and I felt sure that Martin Luther King Jr was looking down from heaven and smiling.

But very few people I knew felt such pride. At that time I was heavily involved in an Evangelical church here in south Louisiana. Most of the people there thought you were close to being the anti-Christ and would usher in, as one person told me, "drive thru abortions". You were a Democrat so that meant there was no way you were a Christian. And sadly, over the last eight years, most of these people have shown there was nothing you could do or say to dispel that belief.

Watching the church's reaction to you broke my faith. Not my faith in God, but my faith in the American Christian church as a whole. I've never seen so much ungracious contention coming from people who profess to follow Jesus as I have witnessed over the last 8 years toward you.

I am a white, middle aged woman raising black sons in the south. I know that doesn't make me any kind of expert on race but I'd like to offer my opinion on what I believe happened as far as Race Relations are concerned, while you were president.

A lot of white Americans saw their dormant racism rise up and it made them sick. They hated it and worked to change what was in their heart and their view of the world. But sadly, a lot of other white Americans did just the opposite. They proclaimed they didn't see race at all, "I don't see color....all lives matter" they dug their heals in "cuz ain't no black president gonna make me look at my racism! I have black friends!" They confirmed it was just and right to not even acknowledge racial injustice by taking daily doses of FOX News and surrounding themselves with like minded friends on social media. They blame you for the problem because you made it so they couldn't just look away anymore, you wouldn't turn off the light and they hate you for that.

The far right conservative echo chambers spawned cries for Nationalism, Protectionism and American Exceptionalism while Alt-right Isolationist and White Supremacist cultivated a takeover of the Republican party. Tensions rose between the majority and the newly empowered minorities as they started walking in their new found confidence. LGBTQ people felt empowered by marriage equality and immigrants entered what they believed was a liberated America only to find hostility and fear directed at them.

Trump is the last ditch effort to slow the browning of America by people who think equality and diversity is bad for our country, when it is what makes our country great.

But I don't want to talk about him or scared white people. This is about thanking you, sorry I took it to such a depressing place.

I said all that to say I am glad you kicked that ant pile and turned on that flash light, we will all be better for it down the road. I believe MLK would indeed be proud.

You were and still are the truest example of Christ I have ever seen in a public official. And yet, the Franklin Grahams and Tony Perkins of the world say you are not a Christian because you support Marriage Equality and you aren't "pro-life". The hypocrisy you have gracefully endured from "Christian" leaders amazes me. They say they care about the unborn but we have the lowest Abortion rates in decades right now. Whatever you are doing is working (Obamacare) But they wont even look at the facts, they care about winning a political battle for bragging rights, they are not "pro-life" they are pro "some" life.

That's what I always loved about your leadership style, you were willing to say when you were wrong, ask for help when people knew more than you did about something, stand up for what is right and fair and extend grace to people you disagreed with politically.

You act a lot like Jesus for a Muslim ;-)

When we adopted our son form Ethiopia in 2009 he was so excited to come to America where "Obama!" was president. He was only 6 years old. He didn't know any English really but he knew who you were and would say, "Obama!" when he saw your picture. He knew you, Michael Jackson and Beyonce'.

Last summer, at age 14, he participated in a "Stop Gun Violence" march in Washington DC. He's as American and patriotic as apple pie and Barak Obama now :-) 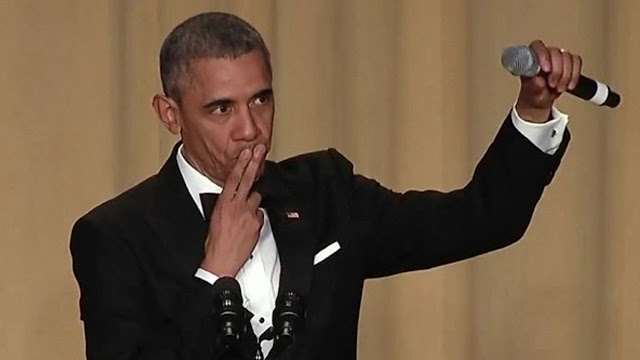 I will close with my Thank You's, because really, that is why I wrote.

Thank you for helping the people in the margins.

Thank you for being an example to young black men of what a good husband, father, leader is.

Thank you for knowing you were equal and never letting anyone push you down.

Thank you for equality measures for women, gays, minorities.

Thank you for being kind to asshole politicians who hate you cuz they ain't you.

Thank you for making me laugh.

Thank you for making me cry.

Thank you for taking out Bin Laden.

Thank you for being scandal free while in the White House.

Thank you for loving your wife and daughters in an exemplary fashion.

Thank you for seeing and embracing those behind bars and working for prison reform.

Thank you for being calm and cool.

Thank you for giving Putin that "You ain't nothing you little cocky shit" look.

Thank you for leaving us with a growing economy and a less than 4% unemployment.

Thank you for being Godly in the face of evil cloaked in Jesus cloths.

Thank you for Michelle, she's such a great example to females of all ages and colors.

Thank you for being the president these last eight years, you made me proud to be an American.

You and your beautiful family will be dearly missed by this southern lady and her family. We included you in our Christmas card even. 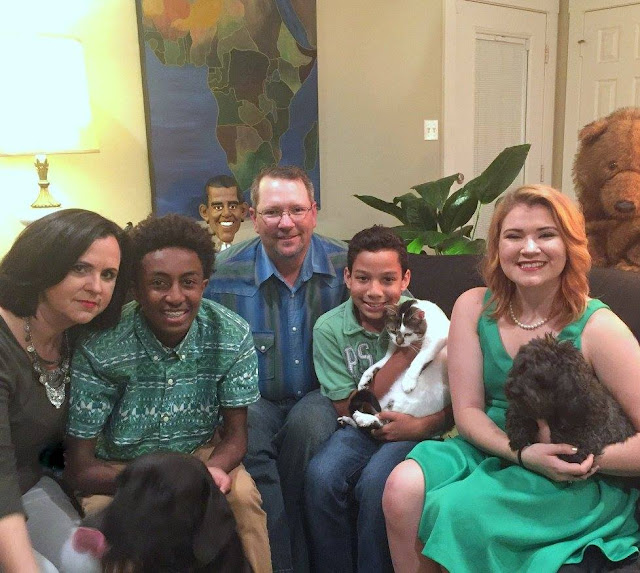 ...but I'm excited to see what you and Michelle will do next... 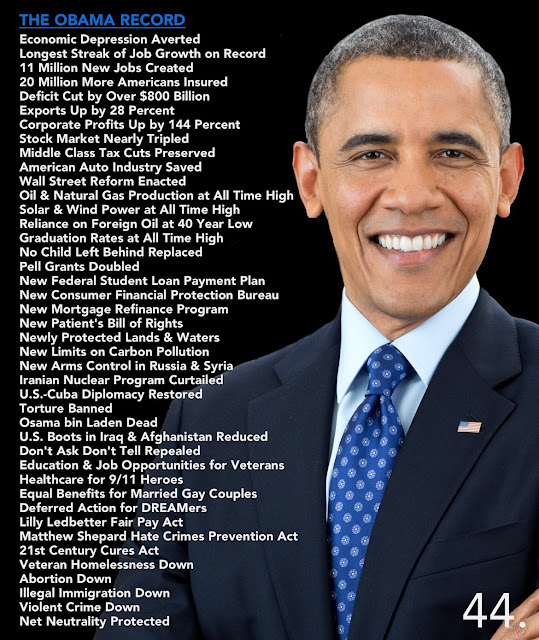