Updates on Our College Fund Raiser 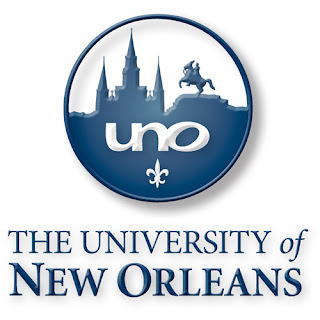 Posted on September 22, 2015
We received another $150 from some friends last week, we used that to put money on Evangeline's pay down card. It's what she uses to eat in the cafeteria and for other incidentals around campus.

Evangeline worked a double shift on Friday and Sunday this weekend at Ruffino's and a shift on Saturday evening. So that will definitely help when that check comes in. And that was on top of working the LSU Party truck Saturday morning setting up before and breaking it down after the game.

Steele worked on a commercial last week that paid very well. We asked him what he was going to do with his money when he got it and he said he was going to give half of it to help Evangeline pay for college. Love that kid!

And I'm still selling anything I can around my house. I sold the boys bunk beds but and now I'm trying to sell our king size bed. I'm NOT selling our mattresses though, just selling the 4 post bed. I love my Sleep Number mattresses too much :-)

Here's a link to the stuff I'm selling, let me know if you are interested in buying any of it. http://batonrouge.craigslist.org/fuo/5233835667.html

I know this isn't life or death, I know it's minor compared to what so many people everywhere try to raise money for. So I am grateful and I deeply appreciate that you would send your money and/or your kind thoughts to us. I just keep thinking that doing whatever I can to give my girl a great education is important for tomorrow, for the future. I know a lot of parents are trying to do the same, their kids are more important to them and of course I get that so thank you again and again to all who have offered moral support and financial support. We are hopeful that we will earn the money by selling stuff, working our butts off and also from insanely gracious people like you donating to us and one day, when Evangeline is making us proud in her profession, we will all know we were a huge part of that. God bless you.


Posted on September 4, 2015
I've received some serious push back from people on Facebook, for trying to raise money to send Evangeline to UNO rather than BRCC. Also I was told she should have applied herself more to secure TOPS. She did apply herself, every night after school she was working on plays and preparing for speech and debate competitions. Most weekends she was at speech and debate competitions. She also held down TWO jobs and rarely slept. She knew that her craft (theater and music) were what she wanted to do with her life so she did what she had to to maintain what we thought was the minimal for her to get TOPS, many kids in her school are going through the same thing because they thought the GPA was different. BRCC does not have a good theatre program. It's not just "go to college" the point is for college to matter in what she is trying to do with her life.

We looked into BRCC but Evangeline Kayy chose UNO when she thought she had TOPS, applied there, got her loans to go there and is pursuing jobs in New Orleans, which is a much better theater majors location for obvious reasons. We are in now, we have partially paid for the semester with a housing contract that we have to pay regardless. If she quits now those loans go to waste and we would still have to repay them. Even when she was deciding on schools, when discussing arts schools in Louisiana with her theatre teacher and her counselor at school, BRCC was not highly recommended. But, hey, she might end up there. And all my dear friends who railed me for living outside my means can pat themselves on the back having told me so.
If you disagree with us doing a fund raiser, that's fine, you don't have to donate. But I'd appreciate not being attacked on facebook for doing what I think is right. No one is being forced to donate, I'm just asking so if you do donate, thank you. If you don't want to and think I'm tacky for asking, that's cool too.
family