Help a Girl Stay in College 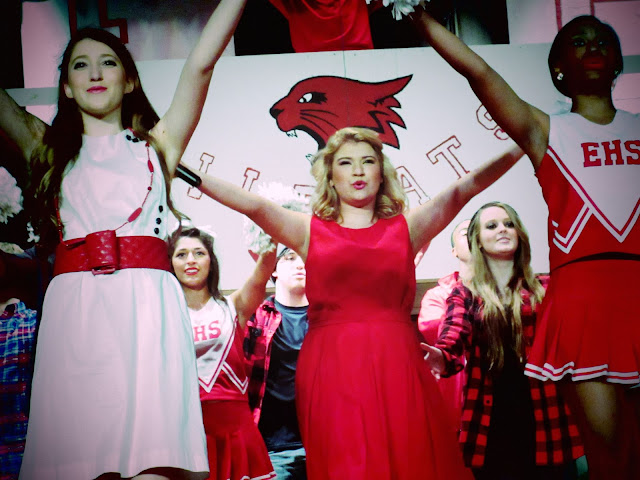 We need help paying for Evangeline to continue in college at UNO.

Evangeline didn't get TOPS which pays for tuition in Louisiana. She didn't get it because we all misunderstood the criteria for qualifying. 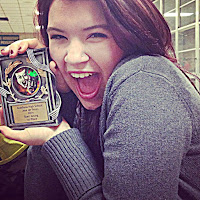 Evangeline spent most of her high school years performing in plays, going to speech and debate competitions several weekends out of the year, performing in choir concerts, and concentrating on her craft, which is performing arts. She maintained a basic 2.8 GPA, she made straight A's in her performing arts classes. No she's not as strong in Math and English as she is in choir and theater, but I dare say that someone who can memorize as many as 3 different 10 minute monologues or skits, in only an hour, preform it shortly after and place in the top three out of 50 to 100 students, has a very good mastery of the English language and speaks it probably better than some kids who make A's in English. And she competed in these speech and debate competitions over 30 times her senior year. AND this was all while playing leads in two major school musical and trying to make good grades in her other classes. My point is, she may not have made A's and B's in English but that doesn't mean she didn't learn it, it means she just learned it differently.

But all that to say, even though she had a 2.8 accumulative core GPA over all, she did not receive TOPS because her CORE TOPS GPA was only a 2.5. So TOPS would have only paid for her to go to a technical college. We were told incorrect information going into her senior year about "TOPS CORE GPA" being different than the overall core GPA.


We did file for FSFA and that's how she got the loans. She did not qualify for Pell grants.

Evangeline is enrolled at University of New Orleans and we believe that even though she made average grades in core academics, she will still thrive in college because she is majoring in theater and that is why she chose UNO. 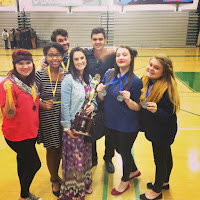 Let me tell you a little about UNO,

The Department of Film and Theatre is exceptional and suffered none of the governors cuts to education. There she can major in Film Arts, Theatre Arts, and get a MFA in Theatre Production or an MFA in Theater Performance.

UNO is in the hub of "Hollywood South", New Orleans, where most of the film and TV productions are done. For 2013 and 2014 Louisiana produced more movies than Hollywood.

New Orleans is a major cultural hub, with not only a booming film industry but also a historical music culture and an established theatre culture.

UNO is a small school but it is the most diverse university in Louisiana with more international students than even LSU.

UNO is a school that offers her a real opportunity to learn and grow as an artist and as a citizen of the world.

But paying for her to go is killing us.


We applied for FAFSA and that is how she got the $6000 in federal loans.

She has to live on Campus her freshman year.


She has taken out $6000 in loans and received a $700 scholarship from Associated Grocers.

But right now we are paying $500 a month for her apartment and she is driving home on the weekends to work at her job at Ruffino's. I cook a few meals for her to take back with her because we cant afford to get her a meal plan.

We are also paying for her car insurance, $100 a week for incidentals and filling up her car on the weekends.

We really can't afford this but we have to. 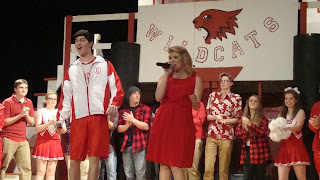 I've started selling my household furniture, Dean is working as many extra hours painting on the weekends and week nights and we also work the Coke Tailgate during football season and also for every home game, we do a set up and tear down of a party truck for hire. So we are doing all we can to earn the money.

Evangeline is also working 10-15 hours a week currently and is trying to get another 10-15 hours of work.

There are things in life that matter, that are worth fighting for and my daughter's education is one of them. I know she has dreams and goals, and as an HR recruiter I know how hard it is to make a good living from your dreams. I also know as a woman, she needs a complete education to succeed in this world. There are several performers who graduated from college with theatre degrees,successful performers like Amy Schumer, Alec Baldwin and Denzel Washington. Only college students qualify for Disney internships (which she desperately wants to do) and semesters abroad to study art in places like London. And she's already made friends with neighbors from Turkey and South America. She's learning about the world from the people of the world all sitting around her in class.

But right now, we wont be able to afford to send her back next semester.

We have recently discovered scholarships we can apply for since she is a type one diabetic and we will be doing that next spring so we can hopefully get some to cover next year. But this fund raiser is for this year.

Will you help Evangeline continue in college?
CLICK HERE TO DONATE, https://www.youcaring.com/evangeline-turner-426953
or You can send the donation straight to UNO,

I've received some serious push back from people on Facebook, for trying to raise money to send Evangeline to UNO rather than BRCC. Also I was told she should have applied herself more to secure TOPS. She did apply herself, every night after school she was working on plays and preparing for Speech and debate competitions. Most weekends she was at Speech and debate competitions. She also held down TWO jobs and rarely slept. She knew that her craft (theater and music) were what she wanted to do with her life so she did what she had to to maintain what we thought was the minimal for her to get TOPS, many kids in her school are going through the same thing because they thought the GPA was different. BRCC does not have a good theatre program. It's not just "go to college" the point is for college to matter in what she is trying to do with her life.

We looked into BRCC but Evangeline Kayy chose UNO when she thought she had TOPS, applied there, got her loans to go there and is pursuing jobs in New Orleans, which is a much better theater majors location for obvious reasons. We are in now, we have partially paid for the semester with a housing contract that we have to pay regardless. If she quits now those loans go to waste and we would still have to repay them. Even when she was deciding on schools, when discussing arts schools in Louisiana with her theatre teacher and her counselor at school, BRCC was not highly recommended. But, hey, she might end up there. And all my dear friends who railed me for living outside my means can pat themselves on the back having told me so.

If you disagree with us doing a fund raiser, that's fine, you don't have to donate. But I'd appreciate not being attacked on facebook for doing what I think is right. No one is being forced to donate, I'm just asking so if you do donate, Thank you. If you don't want to and think I'm tacky for asking, that's cool too.
Evangeline family movies