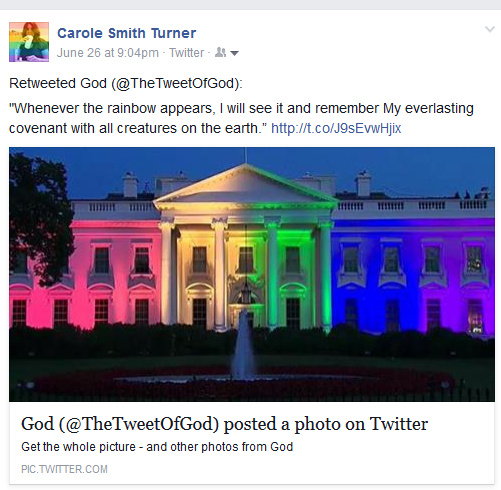 So yesterday was very interesting, to say the least. The night before, I had posted the above tweet on my Facebook timeline. It's a retweet from a funny account, "The Tweet of God." It's obviously meant to be funny, but dang if some people didn't get super offended that a bible verse was used to have fun with the rainbow lights celebrating gay marriage at the White House. That, my friends, was just too much.

What's so weird is the day before when it was announced that Gay marriage was now legal in all 50 states, I had blown up all of my social media accounts with celebration but received almost no push back. I guess everyone was bored by Saturday or had just gotten more heated overnight or something because it got utterly crazy on Facebook.

So, needless to say, civil discourse didn't last long. It got ugly. Only one or two outraged people, but one went from a distant friend, who I haven't seen in 10-15 years, to troll. I tried telling her she could just unfollow me, but no, that would have been too easy, I guess. 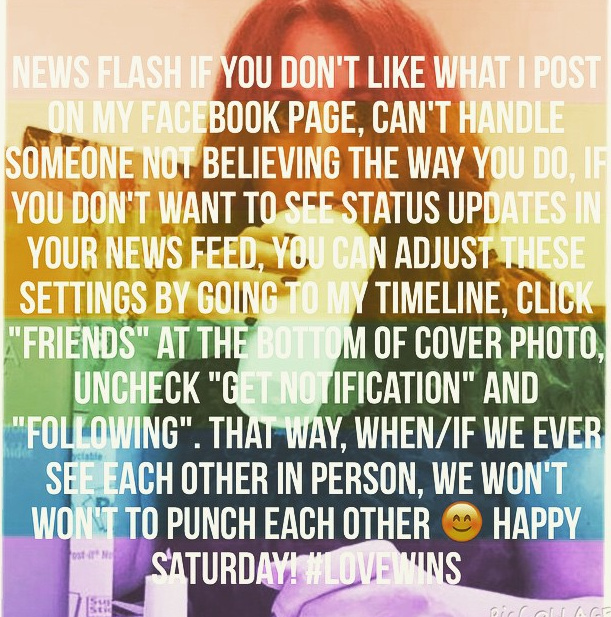 There are lines in every debate and/or heated discussion when someone decides that insulting you, condescending to you is all they're interested in, not honest dialog. That's not a productive discussion or use of time. So, I had to block her after she shot off this lovely parting dig to me... 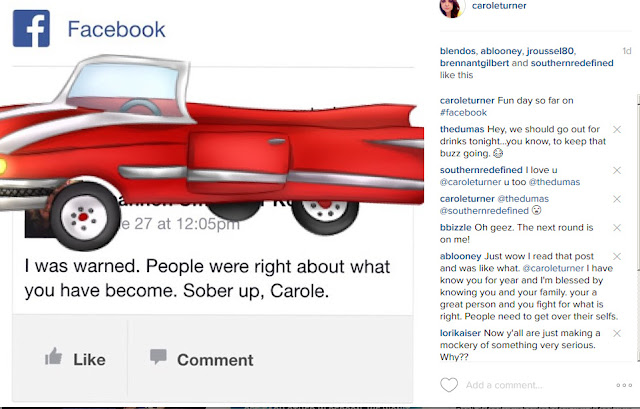 After that, I was really pissed but also kind of amused. Who "warned" her? I'd actually love to hear that warning. Maybe it went something like this, "Oh no, Carole doesn't even go to church anymore. She drinks and posts pictures of it on social media! She even says cuss words now and is a flaming liberal! Poor girl has lost her way." And I bet they believe I validated their warning by posting my opposition to the Confederate flag and support of my Gay family and friends who can now get married.

So for anyone issuing warnings, I'm gonna go ahead and lay it all out for you, tell you how I really am now, so you can warn accurately.

My thinking started to change once I started working, worshiping, and spending much of my time with the marginalized. Not "serving them" but getting to know them. My years were spent in the 70805 from 2008 until recently, February 2015, when I stopped working at CAPARC. They started to change when I became the mother of black boys. They changed when I got to know depressed gay teens who lived in fear of being themselves and in fear of never being able to be themselves. My views on race, poverty, equality became less Republican and more liberal because I saw things differently. Once I got to know and love prisoners, prostitutes, gang members, transvestites, the poor.  I saw how society treated them and decided I was with them in their fight to be seen as equals, treated with human dignity, not as beneath someone. Not as people needing to be saved by me trying to elevate them to some lofty perch, but as equals. Some are different, yes, misunderstood by me a lot of time, yes, but no less equal in our humanity.
When asked if I believed God intended gay relationships, I answered by saying that I still have questions biblically, I'll admit. I think there is so much in there we feel we are sure about, but really it's just our interpretation. Rachel Held Evans has a fantastic post about the "The Bible is Clear" argument, http://rachelheldevans.com/blog/bible-clear.

But what I later thought of is how actually God didn't intend any of this. The garden of Eden was his intention, humans naked and sinless, right? Marriage, anger, war, and money are the results of the fall, not God's perfect plan. That is why He sent Jesus. We can try to know Jesus as well as we can, but only God can judge at the end of the day.

And the whole righteous anger mantra coming from Christians really kills me. I mean, where does Jesus tell us to condemn other people or to stand against them? He tells us about ourselves, what we are to do and not do. We have this crazy history of taking what is meant for us first and turning those words around to condemn and guard ourselves against others. As Tony Compola says, Love the sinner and hate your own sin.
If you honestly believe Jesus can and does change people, why not leave that to him? Tend to our own heart, shine his light and show people the respect and dignity they deserve.

My Troll friend also accused me of changing my cause to be politically correct and "jumping from cause to cause, but all of the causes I have championed in my life fit into one category. I believe in standing for human dignity and equality. That has never wavered.

After a few hours, when I was trying to clean my house but making very little progress because I was caught up in the back and forth on Facebook, the most remarkable thing happened, people came out of the woodwork to defend me. It was so wild. I got phone calls, texts, and comments from people who never commented on my posts. Not all of them agreed with my views, but even the ones that didn't were gracious and willing to not reduce the conversation to "I feel sorry for you...I'll pray for you to get your views in line with Jesus," that only comes from people who have no substance to add to the conversation.

I love SO MANY people that I disagree with. I'd say that 90% of the people I am friends with don't agree with my politics or views on God, but there is Love and mutual respect between us.

My friend Courtney decided we needed to start the hashtag #soberupcarole in mockery of my troll friend's condescending comment.

Jennifer texted me and said, "You wanna drink wine?" I, of course, said yes. She and Kevin came over for dinner, and we drank wine.

Courtney and Miranda came over, and it became a #lovewins party, complete with 10 of Evangeline's theater friends and some Face-time with gay friends in California.

A day that started with conflict ended with good food, drinks, laughter, and Kevin doing the Humpty Dance. We celebrated because Love really does win. 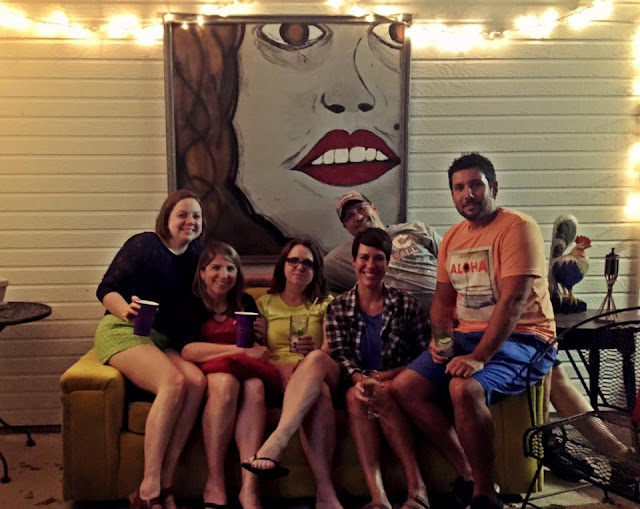 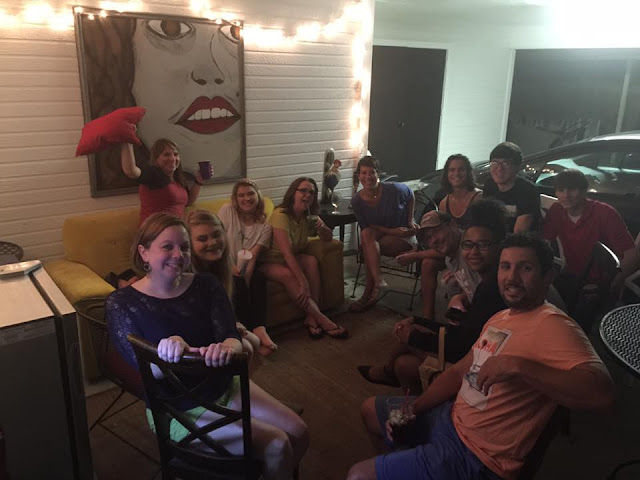