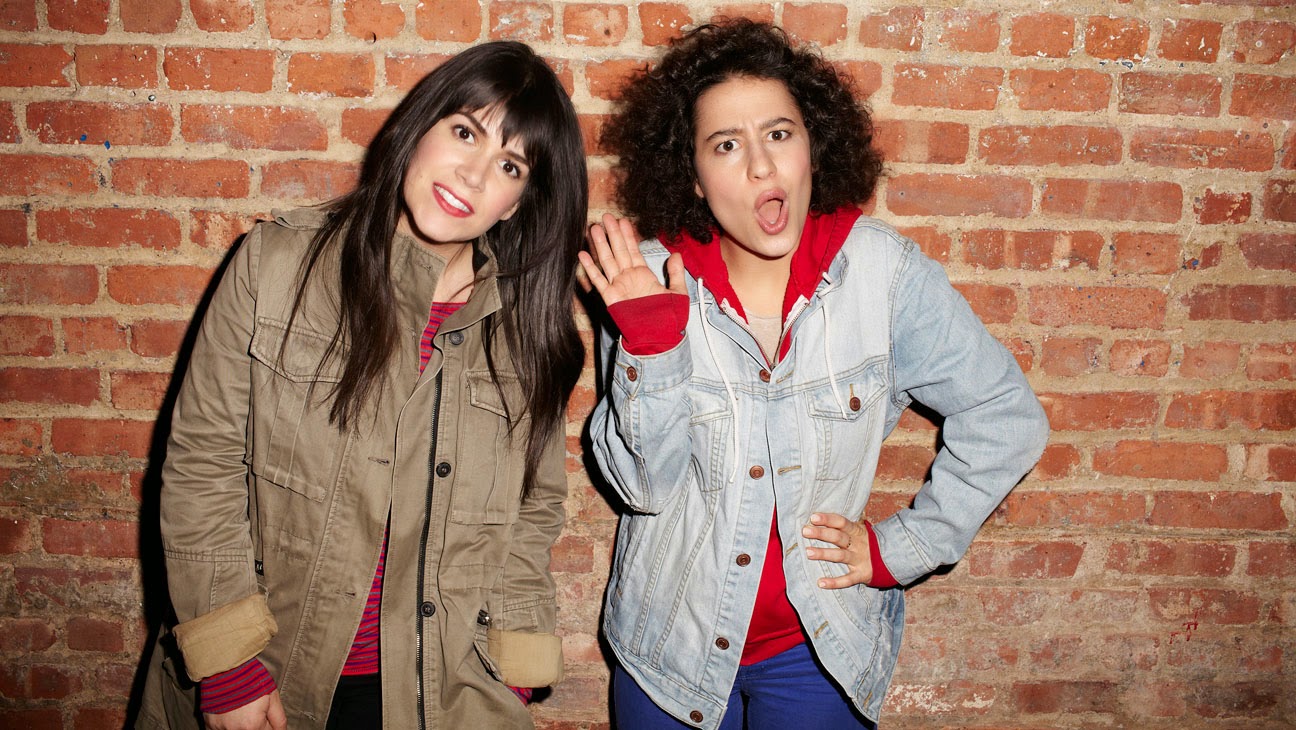 A friend of mine recommended the show Broad City, said I would love it since I like Workaholics. I tried watching it, gave it a few episodes but I just didn't like it. It grossed me out. I don't think it's funny when the entire show is about females trying to be as gross sexually as men are.

This coming from a feminist. Me who types so loudly about equal rights, shouldn't I take delight in women using the same raunchy humor as men?

I shouldn't say a sweeping "I just don't like it" because I can enjoy a small amount peppered into a TV show, movie or stand up routine but on shows like Broad City and Inside Amy Schumer, it's all about being as gross and sexually explicit as they can. Those gals are loving their freedom to be as disgusting as men. And more power to them. They're breaking ground for all the women who want to be as nasty as men. Maybe soon we can all stand up and pee all over the bathroom floor, even get some pee on the shower curtain.

Maybe that's my point, I don't see how it's equality to stoop down to the places that some men go to, the place we complain about. I don't like when women comedians go down to meet the opposite sex at their lowest point and stay there. When they make that their identity.

I watch Girls on HBO. It's very nasty and gross probably 1/4 of each episode. I can handle that because the writing and the story is much more than that. But even on Girls I find the raunchiness sometime excessive and in your face.

Artist like Beyonce and Niki Minaj can champion women being able to be sexual beings just like men and I think there is some truth to that but I don't think embracing our sexuality has to mean we become as raunchy as 2 Live Crew and R Kelly. (I'm showing my age by those references I know) To me it seems that when we make it a porn show with our words, dress, songs, comedy, to show that we are equal actually demonstrates just the opposite. If we become the worst of THEM, then it's just another way that what men want is controlling our story.

I'm not saying to be afraid of sexual content, I'm not even talking about being "tasteful" or lady like. God knows I am neither, I like some of Amy Schumer's humor, she's very funny. Maybe I am just a prude or too old to appreciate excessive raunchiness from women. Whatever it is, I just don't like it.
Humor pop culture TV