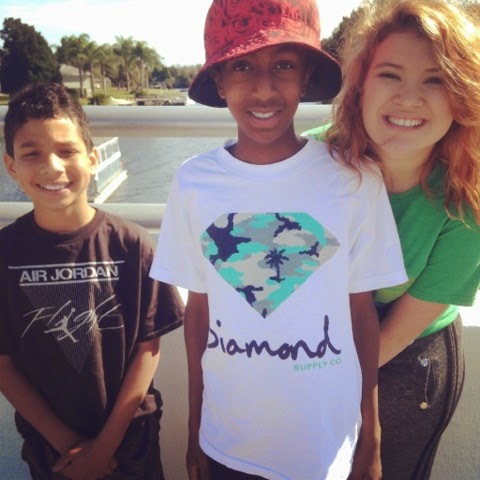 I used to not believe in vaccinations. I didn't vaccinate Evangeline as a baby. When we got Steele I just felt compelled to vaccinate him, it was weird considering. Our pediatrician let me ask her questions, she had always been so kind to us even when we didn't immunize Evangeline. I trusted Dr Bankston, we had a conversation, she agreed to spread out the MMR and we talked about other shots I had concerns over.

Soon thereafter, right before Steele was scheduled to get his shot for Whopping Cough, Evangeline, Steele and I got Whopping Cough. It had been going around at church, lots of non-vaccinated kids were in the nursery. Evangeline was not vaccinated for it. Her and I got it bad, we both had it for four months! No lie, four months. Steele got his shot and his went away shortly after. I know, the vaccine doesn't do that, well it did.

Once while I had it I was coughing so uncontrollably that I almost called 911, I couldn't get air it seemed.

Evangeline was at church camp during hers and her camp counselor, Tracy, called me so concerned that Evangeline might pass out from the coughing.

This was all before we even knew it was Whopping Cough. We kept going to the doctor and they kept treating in like it was sinus because there was no other symptoms than that horrible cough. Then one day my friend Summer told me that she had taken her girls to the doctor and asked for them the draw blood to test for Pertussis (whooping cough) and sure enough that is what they had. So I went and ask the same of our pediatrician and you guess it, we had it.

That is my personal story of the effects of not vaccinating and vaccinating. I know other people have really bad stories of what happened to their kids after they were immunized. I know these people, I have dear friends who do not immunize and were the reasons I chose not to for a while. But here's what changed my mind; I'm OK, my husband is OK, my sisters, brother, cousin, we are all OK and we were all immunized.

And I also started to do real research. I stopped just looking for articles and doctors who were anti immunization and I started reading the science behind how vaccinations work. I found that it's the poor of our community who benefit the most from everyone vaccinating. People with compromised immune systems, the elderly, the sick and those who can't afford health care. That caused me to question if I was wrong. Was I building a case, forming my opinions out of fear-based information when actually, the science and the evidence around me were overwhelmingly in favor of immunizing so that the "heard" can all be healthy?

But I do have to say that I think most of this could have been headed off at the pass, back when the anti-vaccination movement really started to catch on, had scientist, researchers, doctors been willing to talk to concerned parents like people rather than idiots. When concerns of the link between autism and the MMR vaccine came out, the medical community paid it very little mind when they should have gone on a massive PR campaign, talk shows, infomercials, discussion groups, whatever they needed to do to get the message out that vaccinating is safe and here's why. And they should have taken the time to listen to concerns and look at how they could maybe administer them better, accommodate parents somewhat. But they didn't do that, they thought this fringe group of crazy moms would be a fad, but here we are now and it's obvious by the measles outbreak, this is serious.

Vaccine makers, you need new PR and stat! stop treating parents like idiots when they want reassurance that the chances of their child being harmed rather than helped by a shot is very low. YOU need to prove it. Yes, show them why, don't assume that just because you're a doctor they will believe you, they don't even like you. Seriously, most of the parents I know, who don't vaccinate have little to no respect for doctors. They get online and start Googling, join a group of anti-vaxxers, and over time, they're believing that doctors are all in bed with the pharmaceutical companies and all about making money, which, is true probably in a lot of cases. You allowed the fear culture to win the argument by simply not engaging people who questioned the safety and the ethics behind immunizations.

Here's the hard truth, any of us at any time can go online and find millions of articles by millions of experts who tell us the FACTS about any issue at any time and all of their "FACTS" be the polar opposite. If someone wants to build a case for being against immunizations there is a wealth of information out there to propel them and then they are even more pissed that their doctors, people in the medical field, scientist and big government didn't tell them the truth. Oh wait, it's on those little pamphlets from the 1980's that come inside the box that you the doctor get the vial out of! Not even the doctors read those right?

Come into the new millennium, talk to parents with respect, get some new PR and tell us the facts about why vaccinating is crucial to a healthy society. Remind the adults that they were all vaccinated and are fine, they produced ADD ADHD kids by feeding them crap not by immunizing them.

We want to think, we enjoy learning and growing, most parents know how to say "I was wrong about that" if they are convinced so convince them and stop ringing your hands like you're just so shocked this anti-vaccination movement took flight. Really? Mom's don't play when we think our kids are in danger, we want to do what is best for our kids, you should know that, it's science.
controversy family kids vaccinations