Alcohol and My Type 1-Diabetic

I awoke Sunday morning at 2am to our door bell ringing and our dog barking like crazy, two of Evangeline's friends where standing at my door.

"Mrs. Carole, B. has been trying to call you for an hour, Evangeline has been throwing up a lot, threw up blood and now they can't wake her up." They told me.

I ran to my room, slipped on shoes and a bra, grabbed my purse and my cell phone and headed to the van.

I saw all the text and missed calls from "B" (who was the friend that Evangeline was staying the night with) and E's other friends who had been frantically trying to get a hold of us.

I then called the number, B's mother answered, "We've been trying to reach you, she's been throwing up for a while and I did see what looked like blood in her vomit."

"We wanted to call you first."

"Is she awake? Have you been able to wake her?"

"She threw up a lot and passed out. We've been trying to call you."

I'm not even sure what else she said, I felt like I was just repeating, "call 911" and she kept saying stuff about her throwing up and not waking up so I finally said,

"Yes, she's breathing, we just can't wake her up."

By this time I'm in my van driving to their house. It was only 12 minutes away but it felt like an eternity. I was about to call 911 then I realized I didn't have the address and I also thought she called after I hung up since I kept saying, "Call 911."

She called back, "We got her to respond to us, she's talking a little now." I could hear Evangeline mumbling in the back ground.

"We wanted to call you first, let you know she is conscious"

I hung up so I could drive.

I get to the house, go into B's room to find a drunk Evangeline, I spoke to her and she responded.

I checked her blood sugar, it was 400. I asked her if she had done her Lantis which is her long acting insulin, she said "I just did it." and her friend B chimed in, "I saw her do it when we got home."  (I had text her at 10pm and told her to do it then.)

"You did insulin while you were throwing up drunk?!" I replied.

"Come on, we're going to the ER." I said as I grabbed her stuff and helped her to the van.

The ER was only 15 minutes away. Once there they verified that she was "just drunk" but her blood alcohol level was only .0095 which is equivalent to 3 drinks. Her blood sugar was in the high 300's but came down after a couple bags of fluids so they sent us home.

She continued to throw up a few more times.

I knew she was going to drink that night, it was homecoming, she went to an adult supervised party where the parents had to bring any alcohol their kids drank. We had gotten her Mike's Lite Hard Lemonade which only has 13 grams of sugar & carbs and 5% alcohol. But she later told me that she didn't know until they arrived at the party that the facility wouldn't allow glass bottles so she couldn't bring in her drinks. She got 2 Bud Lite Lima-Rita's, from a friend which have 23.5 grams of sugar and carbs and 8% alcohol. She also had a hand full of Gin soaked Gummy Bears but again, her blood alcohol level was only that of 3 drinks.

Evangeline is 18 years old, in Louisiana she can legally drink, she just can't buy alcohol. We had taken all of the precautions we thought, giving her drinks that were low in carbs and alcohol, making sure she would be under adult supervision and with other people at all times. I made her send me a blood sugar before she drank (her blood sugar was 90 at 10pm when I text her) she had gone to dinner and eaten a big meal before drinking, and she really didn't have that much alcohol to be that sick and passing out.

BUT she is a type one diabetic. That makes everything different. We had warned her that alcohol may act differently with her. That's why we had gotten her the low carb. Low alcohol drinks.

So when I heard that she wouldn't wake up after an hour of throwing up, I immediately thought my daughter was in a coma or close to death.

When I got there, even after seeing that she was conscious, and I heard that she had injected herself with insulin while intoxicated, I again was concerned that she could have possibly given herself too much or to little in her impaired state.
In Evangeline's case maybe she was just passed out from drinking but that can NEVER be assumed with a Type 1 Diabetic because being passed out due to blood sugar too high or too low doesn't look any different than a person being passed out drunk. An untreated low blood sugar can lead to death. Yes, death.  I can't even talk about the news stories I've read of diabetics who were thought to be "sleeping it off" who were actually in coma's and died.

That is why I'm writing this blog post. I want everyone who knows Evangeline or anyone who knows any type 1 diabetic to know that if a diabetic is passed out you ALWAYS call 911. You are calling an ambulance to possibly save someones life, you can't worry about if you will somehow get in trouble for that person having drank alcohol. If they die, it's much worse. And please know, I am not over stating that possibility.

Evangeline has learned from this experience. She says she's not going to drink anymore but if she does, she now knows to stay away from Lima-Rita's and Gin soaked Gummy Bears, to wear her medic alert bracelet and to tell anyone and everyone around her that they must call 911 if she passes out and then call her mother.

Of course after such a horrific scare I am beating myself up. "Why didn't I turn my ringer on? Why didn't I just tell her she couldn't drink or not let her go? Why didn't I explain to her friends mom what could happen if she drank too much?" More than anything I kept replaying it all over and over again in my head for days, especially that moment when I yelled into the phone, "I need to know if my daughter is alive!!!" 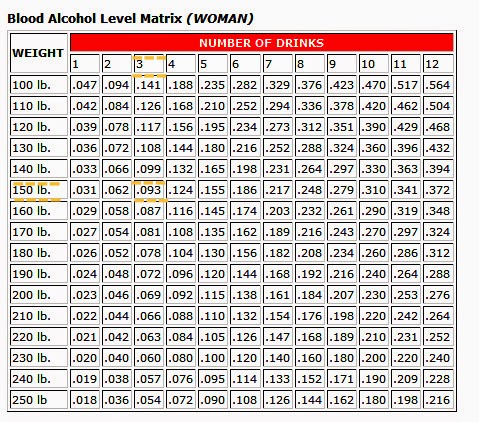 ...A drunk liver won’t dump its stores of sugar on demand. I’m not saying your peers shouldn’t try giving you a shot if you have a seizure, but realistically, it won’t work. When you’re drunk, the break-glass-in-case-of-emergency cabinet is empty.

The only way to save your life if you have a severe hypo when plastered is to get an IV of dextrose in the back of an ambulance or at the hospital ER. So wear your damn medic alert when you go drinking—if the paramedics smell booze on your passed out carcass, they probably won’t think to check your blood sugar.

The lesson here, my dear nieces and nephews, is don’t let your drinking get to the Zombie attack point. Plan ahead the best you can. If you drink to get drunk—or find you’re way well down that road—please get the carbs in and get the insulin out. If you’re pumping, turn down the basal or take the pump off. If you shoot up and you haven’t taken your basal yet, take less, or maybe even skip it. If you’ve already taken your basal, skip the fast-acting insulin and eat a snack.

Can you get drunk safely? No. Not really. But now you have the tools to do it as safely as possible, because I want each of you to grow up and become a black-sheep uncle or aunt for the next generation.

Having type 1 diabetes usually doesn't mean you can't ever drink. With a little planning, you can reduce your chances of having problems when mixing diabetes and alcohol.

If you're with someone with diabetes who has passed out, call for emergency help, and be sure to let the emergency personnel know that the unconscious person has diabetes.

A diabetic man who died after spending the night ill on a park bench was probably mistaken for a drunk or a homeless man, say police. Donald James Caley died in Dunedin's Bayfield Park yesterday morning after paramedics failed to save his life, reports Fairfax. The 61-year-old labourer was spotted in the park on Sunday, lying on a bench next to a toilet block. "I think he's been mistaken for someone drinking or having a sleep off," says Senior Constable Rob Murray of Dunedin police.


"He wasn't in any obvious distress so it didn't raise any alarms."


Of course, your parents and healthcare providers have probably already told you they wish you wouldn’t drink. For starters, drinking under age 21 is illegal in most states, and for a person with type 1 diabetes (juvenile diabetes), there are serious health risks. But the reality is that many teens and college students do it anyway. If you are one of them, consuming alcohol as safely as possible–by staying awake and aware–is key. Some other tips: