My Opinions and Observations About Ferguson 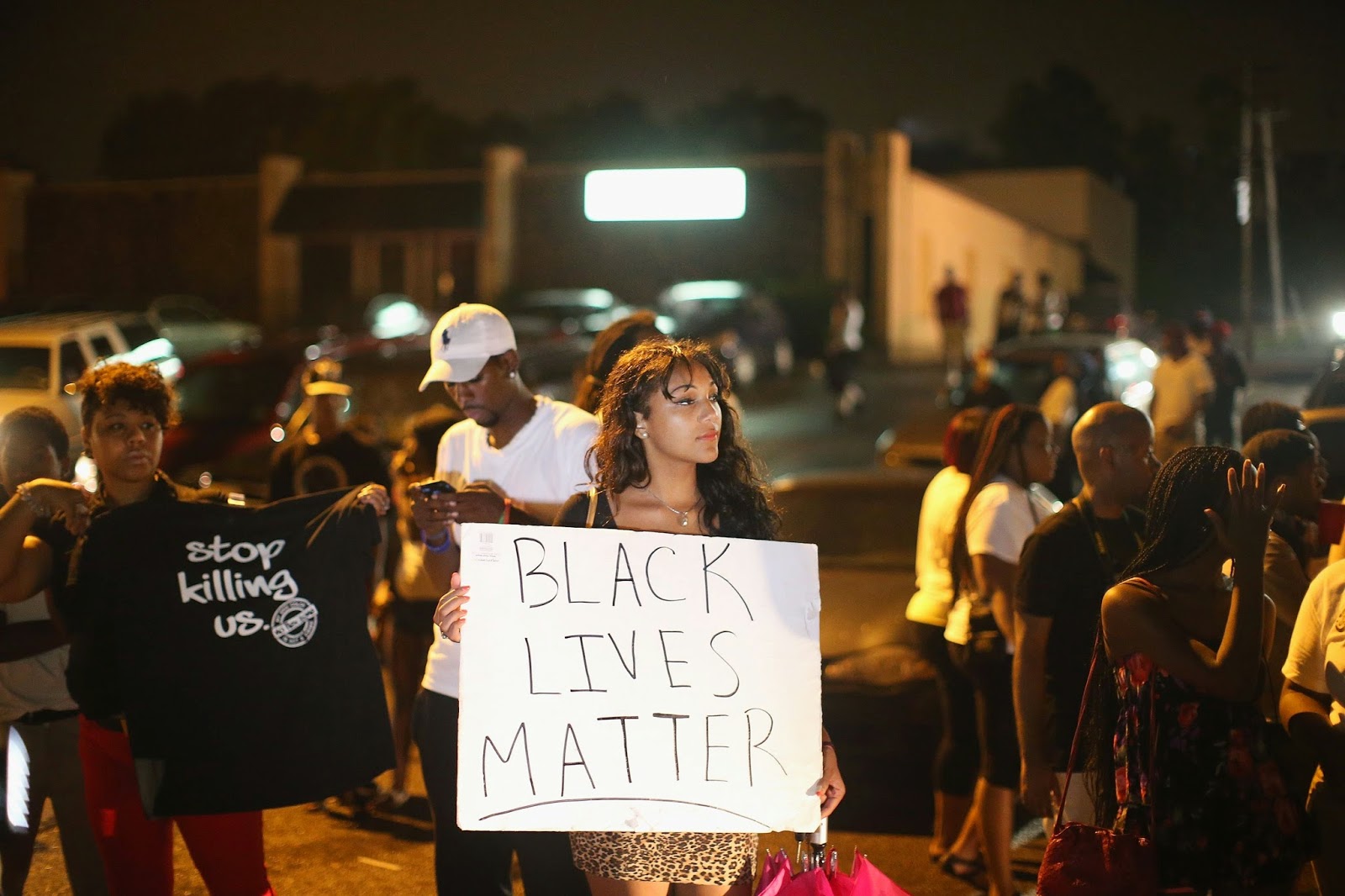 Just like most everyone else, I have watched the Mike Brown shooting in Ferguson Missouri and it's aftermath play out in the media. From news programs to twitter feeds, the opinions are flying as to what really happened.

I have opinions based on what I'm seeing, reading and hearing.

I also have opinions based on my life experience and my perspective.

I am a 47 year old white women. I live in Prairieville, a mostly white suburb on the south side of Baton Rouge. But my work colleges are all African Americans. At my job we help people who are incarcerated and those who have recently been released from incarceration, most of which are black men. I have volunteered, gone to church or been employed in the 70805 zip code since 2007. This zip code has the highest teen pregnancy, murder and crime rate in East Baton Rouge Parish. It is what most people would call "the hood". It is an African American area of town.

And mostly what defines my perspective is my sons, Abel and Steele.  I am the mother of a 12 year old black boy and 10 year old who is half black.

I have a different perspective than most people I know due to my place in the world.

So, my first thought when all this started unfolding and the "facts" were coming out was how tragic it all was. I felt a strong feeling that this was going to be the straw that broke the camels back for the majority of black people. They are tired of this same old story of unfair treatment by law enforcement. Black people make up only 15% of the total population of the United States, but they are stopped, suspected of crimes, and arrested twice as many times as white people are.

For black males it is even worse. Ask any black male you see today, how many times they have been pulled over by police, followed in a store by a clerk, avoided on a street by a fearful white person. Then think about how many times the same has happened to you.

I don't know all the facts about what happened that day when unarmed Mike Brown was shot six times by officer Wilson. IF Brown had his hands up, surrendering, then it is murder. IF Mike Brown was charging toward officer Wilson, then maybe I can understand why he continued to shoot.

"Well he robbed a convenience store" the facts are, cigar theft or pushing a cashier is not punishable by death here in America. Heck, cops can't even shoot a guy who is sitting in his car full of ammunition, after walking into a movie theater full of families, including children, and killing 12 people. Or a guy who hides in a boat after bombing a Marathon, killing 3 people and injuring 240.

"He fought officer Wilson for his gun, punched him and ran"  I would again say, IF he had his hands up, surrendering, was unarmed, even if he had killed 100 people, that officer can not legally shoot a surrendering suspect.

"He was coming toward Wilson, charging him." This may be the only excuse, in my opinion, Wilson could have for continuing to fire, but why didn't he just dive off? Call for backup?
But none of these statements have been proven as fact in this case. Eyewitnesses have come forward testifying to both extremes, officer Wilson has his side of the story of course, but the majority of them have said Mike Brown had his hands up surrendering when Wilson continued to shoot him.

I can't help but think about my boys. Boys from great families thug out and steal from convenience stores all the time, get mad at cops who tell them to "get the F@#K out the street", especially when they are with their friends. Even if Michael Brown did all of the things people are saying he did,he was unarmed and he didn't deserve to be gunned down in the street.

My friend's husband is a cop and my sister's boyfriend is a cop. I know they don't have an easy job, probably one of the hardest jobs really. I know there are bad cops and good cops, I have no idea what kind of cop Wilson was before he shot Michael Brown. There are people speaking the the media who say he was a good cop, others who say he wasn't, right now we who don't know him personally or have never seen him working his beat, don't know the facts concerning his character, just opinions. I believe that Captain Ron Johnson taking over leadership of policing the protest, was a God-send to that situation. His speech at the memorial was amazing. Ferguson needs a more racial diverse city government, maybe now they will start voting and make that happen.

The history of race and law enforcement in America has been more bad than good. But now, with social media and information literally at our fingertips, we watch events unfold in real-time and if we want to know anything about the past, we just Google it, and we have it in front of us. Statistics, reports, videos of encounters, instant news of racially charged shootings such as this one, are ours to learn from just by doing a Google search. We can talk to thousands of people at one time about it via Twitter, while hearing from thousands of people. We no longer live in bubbles, even when we think we do or wish we did. That is why I think, the people of Ferguson erupted and why many have joined their cause. Because something has to change in the way law enforcement treats black people. They were tired of always hearing about, seeing, and experiencing racial injustice at the hands of law enforcement, one after another it seems recently, and this shooting, in broad daylight, just made them snap.

Working with ex-offenders who are trying to return to society, I meet guys every day who spent years in prison for drug offenses and it always makes me think about all the white people I know who smoke pot, deal drugs, and do drugs, who never get arrested. But that's because they live in the suburbs, the cops aren't always looking there, and they are white and don't get stopped every two seconds by police officers.

Think about it, yes there are redneck meth heads getting busted in Livingston Parish, yes I know, some white people go to jail for drugs, but obviously, more black people are being busted for it since, like I said, black people only makeup 15-20% of our population, yet they make up 80% of the prison population, you can do the math and see that I am stating a fact.

What encourages me is that my children won't raise their kids in the same world. With every generation comes more diversity and equality because people have fought for it. Think of all the interracial couples and families you know, they are changing the future, our kids don't see as many defined separations as we did growing up. The election of a black President with a black First Family changed the future, it broke through walls and boundaries that past generations thought would never be broken through. Gender equality, LGBT equality, are issues that my kids care about and will see huge strides in, I believe, over the next 20 years.

In my opinion, what is painfully clear is that our country as a whole needs to look long and hard at race relations, listen to each other and work for change in order to move forward. I do believe the now generation is also seeing this and making strides to ensure the future of America looks a lot better for all races.
family Race