I knew I had to get out of Okeechobee and away from my ex, Jimmy. I couldn't get over him or move on unless I did. I was about to turn 17 years old and enter my junior year of high school.  My heart wasn't just broken by Jimmy, it had been shattered into a million tiny pieces. I felt so lost and empty. I knew I had to change my life.

It was the summer of 1984. Ghostbusters and The Karate Kid, Michael Jackson's Victory Tour, MTV, Reganomics and it was the age of the Televangelist.
So one day I just deceived to go live with my dad in Baton Rouge Louisiana. My mom thought it was a good idea too. 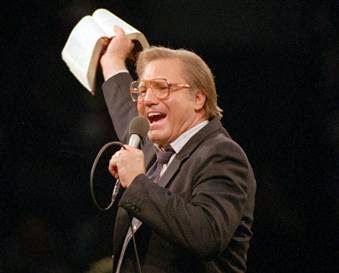