All Politics Is Local

I love Louisiana, I can't imagine living anywhere else. I love that I live in a suburb of Baton Rouge and that I call Baton Rouge my home. This city is so diverse. It's got a thriving downtown and a growing Arts culture, LSU football, and we're only an hour drive from New Orleans. We are progressing.

But honestly,  I had an easier time of it when I was a Anne Coulter-Rush Limbaugh-Republican because Louisiana is VERY conservative.

Our state is controlled by a very powerful political group, The Louisiana Family Forum. This organization is ran by two Christian Politicians (no, they aren't in elected office but they are IN politics) who I've know since the 1980's, Tony Perkins and Gene Mills. Gene and his wife are lovely people with a host of fantastic kids but I disagree with almost everything LFF stands against.

They stand FOR very few things actually, they are known for what they stand AGAINST, watch this video, see what I mean...

The only thing mentioned in the video that they are actually FOR, and I am also FOR, is recent laws that were passed and signed by the governor to fight human trafficking.

Organizations like Louisiana Family Forum are the ones controlling the story of who Christians in America are, and especially Christians in Louisiana. They also control people in places of power, like Governor Bobby Jindal.

That is a dangerous combination.

So let me lightly touch on a few state and local issues where I've found myself at odds with some (most) of my Christian brothers and sisters here in south Louisiana. 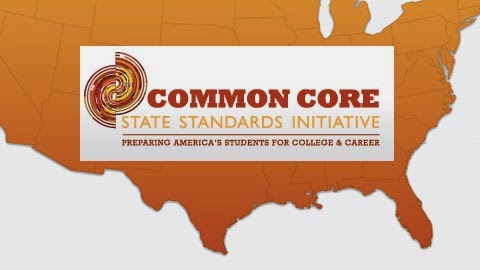 A. Don't EVER use the words "Common" "Universal" "Nation Wide" and standard in the same description of anything if you want the religious right peeps to get on board. All they see is One World Government, Mark of the Beast, Tim Lahaye-Nicholas Cage-Left Behind.

B. You may get hippy liberals on board with nasty books but the Republichristians wont accept even the suggestion that their kids read The Bluest Eyes. You know the book by Tony Morrison? She wrote the Color Purple, famous African American author, the book is considered a classic, already read in schools across the country? No? Well Common Core dared to have that book on the SUGGESTED reading list for junior high school students and Rebublichristian moms did not approve. They took to facebook to decry the extreme sexual content of the book as inappropriate. How dare the curriculum suggest such a book?! Goes to show the Devil deceived our poor little Governor into bringing this evil, demonic, mark of the beast, curriculum to our fair state.


Of course our Governor was all for Common Core BEFORE his puppeteer (LFF) started pulling strings to turn him around. Now he's fighting against the guy he brought in to implement CC. He's not worried about the affect this could have on teachers, kids, administrators possibly having to stop mid instruction to change course, he's not worried about all the money OUR STATE is spending to fight his fight against this program he brought in, he's just concerned about doing what's "Right".

In Louisiana a land-lord can discriminate against someone based on their sexual orientation. State Representative Pat Smith presented a bill that would have made that illegal but of course, it was killed pretty quick. I was there when it went before committee and I watched as Louisiana Family Forum fought for their right to not have gay people around their rental property if they don't want to. Oh and Felons, Gays and Felons need not apply. Here, if you have ever been convicted of a felony, a land lord can refuse to rent to you and if you look gay, say you're gay, show up with a partner, well they don't have to rent to you either. Maybe try "don't ask don't tell" or don't look gay or like a felon when you go to rent an apartment.

For now, sadly, this kind of discrimination continues.


THE CITY OF ST GEORGE

This has been all over the local media, and last month, NPR's Frontline did a Documentary about it called, Separate and Unequal. Recently they kind of got the wind knocked out of their sails because The Mall of Louisiana and The Baton Rouge General both decided they wanted to stay in Baton Rouge and didn't want to be a part of this new city. But here it is in a nut shell;

Baton Rouge schools suck so the best way to fix that is to break off the mostly white, middle and upper class area of town and form a separate city so you can have your own school district and all the rift raft can stay where they are in the Ghetto that will be left behind. THAT my friend is how you solve a school problem.

Or so they think.

Watch this VIDEO if you want to know the whole story on the attempt to bring back good ole segregation in the dirty south. They've gathered enough signatures to get it on the ballot in November so it could very possibly become a reality.

Of course there are more details and sides to these issues, my views are my own based on my convictions, research and being BOMBARDED with conservative views on these subjects. I love my city and my state and just as LFF fights for what it thinks is right and voices their opinion about the issues that affects them and this state, I will do the same.