That Time I Left Steele in The Suburban

June 05, 2014
It was July of 2005, the day of Evangeline's birthday party, she was turning 9. We were taking her and some of her friends to the movie. I had borrowed Lorri's Suburban to fit everyone. Steele was 1 year old. 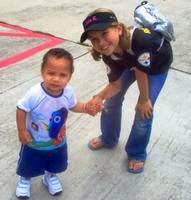 The plan was to meet Dean at the theater, I would go in with the girls to watch the movie and he would take Steele and go grocery shopping. We were running late, I had gone straight from work to pick up everyone, I still had on my pumps and dress clothes.

When I arrived at the theater I pulled up to the curb, Dean was standing there waiting for us. As I unloaded the girls and got ready to get out, Dean asked, "Do you want to go to the store and me go to the movies with the girls?" That sounded like a plan to me. I said yes.

I drove the Suburban to Walmart, got out, went in, started shopping. I had already gotten a few items and was now in the back of the store in the dairy section. I am guessing I was in there 15 to 20 minutes by then. I grabbed some eggs and was about to put them in the little front seat of the cart but then I thought, "No, I can't put those there, that's where Steele needs to sit."

I took off running from the back of Walmart, in my heels, everyone looking at me, I ran out the door all the way to the Suburban.

There he was, just chilling in the car seat like nothing. I grabbed him out, "Steele! Oh my goodness! Mommy forgot you!" I said as I squeezed his sweaty little body close and kissed his face several times. 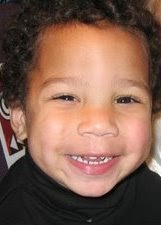 I looked up and thanked God for the over cast skies and the A/C lingering from the ride in the vast interior of the Suburban.

I finally calmed down enough to walk back into Walmart. Still shaky I found my cart right where I left it, placed Steele in the seat and rolled toward the check out.

"Girl, you betta' not tell yo' husband." The cashier said just as straight as an arrow. She had seen me running. She knew.

"Oh, my gosh! I'm still shaking! I can't believe I left him in the car! He hates the car seat, he's always crying or fussing in the car, but today he was so quiet and my husband was supposed to take him and my brain was still thinking that, you know?" I replied in a still shaky, adrenaline filled voice.

"But he's OK, so you alright Momma." She said as she smiled and handed me the receipt.

"Thanks!" I said and I meant it. I needed that kind assurance, because at that moment I didn't feel alright.

(I tell this story because I recently read about a similar situation where a mother was actually charged with a crime for leaving her older son in the car for 5 minutes while she ran in the store and he played a video game. THAT is ridiculous.)