In The Land of Gods and Monsters 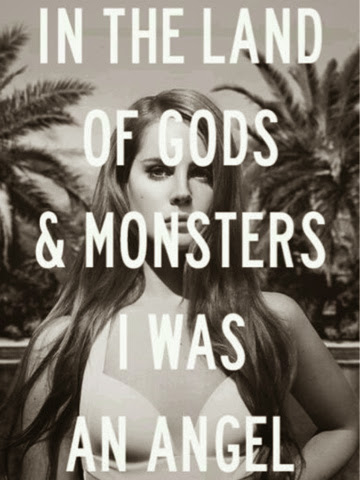 Yesterday I read about the paranoid antics by a famous Americhrist Celebrity, Dave Ramsey, he makes millions off telling other people how to spend their money. He is fuming mad that some of his former employees are bad mouthing him on social media and from what I'm reading, it is quite literally making him crazy.

A few months back there were several articles concerning Mars Hill Church and it's pastor, Mark Driscoll, because he payed big money for his book, Real Marriage, to be on the New York Times best sellers list. Driscoll has long since given bloggers more then enough to talk about from his abuse of power to his relegating almost everyone to hell.

Steve Furtick, a young AmericaChrist celebrity pastor out of North Carolina, generated quite a few blog post earlier this year with his cult like children's church coloring books, spontaneous baptismal and a crazy "code" he had members sign and recite.

The ongoing investigation into sexual abuse claims at several churches around the country has led to pastors quitting, some getting arrested, and others standing by quietly as men they support are arrested for sexually abusing children.

Pastors flaunting their excess on reality TV, doing sermons on sex while laying in beds on roof tops, church leaders so greedy they are having staff members sign non compete contracts, so if they leave they can't go and build a church within 10 miles while others have staff sign non disclosure contracts, so they can't speak publicly about any scandals when the leave.

This is just a few examples of what the American church has become known for. All of our business is out there for all the world to see all the time. We are fully exposed, nothing stays hidden for long now.

I call these leaders, these little gods the "Americhrist" because this version is made here in America, in the land of gods and monsters.

We are Aaron and we have made golden idols, destroying our leaders by enabling them to become gods, larger than life, golden, lifted high above the masses as we fall on our faces in worship of them.

But this age is not suited for such gods, they should see this and know this by now but they don't.

So listen up executive pastors, advisers, board members, god handlers, monster makers, this is what you need to know.

We live in the world of TMI, Too Much Information. You can deny it, defy it, rebel against it all you want but it is your world and it is destroying you in mass. Whereas the Americhrist's of the 80's were destroyed by Televangelist sex scandals, magnify that by 1000 and you will understand how quickly the Americhrist's of the new millennium are being destroyed inside and out.

Back in the age of the televangelist, we had to go to a convenience store, shamefully approach the cashier to ask for a Penthouse magazine from behind the counter, the cashier ringing up the purchase with judgement in his movement, us quickly grabbing the bag, pulling it in close to our body as we walked to the car just to sit in the driver's seat, looking inside that disgusting magazine to read about and get a glimpse of Jimmy Swaggart's prostitute.

Now we simply hear tell of a god falling into scandal, and we pull out our phone and Google it. Within 30 seconds we are holding the information, true, untrue, rumor and conjecture and that's not the end of it, we can constantly go back to twitter,  the Internet, facebook, blogs, to research the story.

Every day I read about a Americhrist who seems shocked that the world knows about his failure. He seems even more shocked that they care and want answers. They scream "how dare you question me?!" But remember little god, the people built you and they will destroy you.

Your failure to harness a world of mass media, constantly flowing instantly, all day everyday, is what they will use to bring your down.

There was a time, in your fathers day and even in your younger day, when you could control the information that got out to a degree. Events, scandals, the activities of your monster side, could be forgotten as long as there was no record. But those days do not exist any more, what you do while high on your golden throne will always be seen and will instantly be made known. So quick, you can not control it.

That is why you are dropping like flies little gods.

While you sit thinking it will just go away, everyone is talking about it, building on the story left untold, adding to it, taking away from it, all over social media, and it grows and grows, and spreads like a wild fire because the people with the fire extinguishers (you) refused to use them. You thought the fire would just "die out" like it always had before this fan (social media) was blowing constantly on the flame.

You must see the fan, acknowledge the fan, learn how to operate the fan and know what will stop it.

You can't not look at the fan and expect it just to turn off or for anyone else to turn it off.

It doesn't matter if you think it is none of their business, if they pay your salary, if they ever gave you time or money, if they created your golden throne little god, then it is their business. And little monster, they have and will continue to make it their business.

You are making a huge miscalculation by doing things as they have always been done. YOU must change the way you do things little god.


Why Do we Keep Creating Gods and Monsters?

In the land of gods and monsters, I was an angel,

Living in the garden of evil,
Screwed up, scared, doing anything that I needed,
Shining like a fiery beacon.


Celebrity pastors lose their barrings just like movie and music stars do because fame is a drug. Being known, staying on top is power and power intoxicates and intoxication leads to a mind and body that is out of touch with reality. It changes how we see the world we live in. We start to believe things are not as they really are. Living intoxicated is the problem with celebrity, we were not meant to get high and stay high on any drug, fame, money, power, and it will kill us or destroy the good, real, meaningful things of life.

Proverbs 30:8
Keep falsehood and lies far from me; give me neither poverty nor riches, but give me only my daily bread.

But this is all our fault, we are like Israel, we want gods to worship, we like our pastors in god clothing, looking royal, other worldly, high and lifted up living in million dollar homes, jet setting around the world, wearing thousand dollar suits while posing with an African child as any good Americhrist god would. We don't want them homeless, humble, honest, like Jesus was.

As we make more gods and more of them fall prey to the lure of fame, money, power, it's the innocent who suffer the most. The lost of the world, looking for answers, reaching out for hope, they find our little gods ready and waiting for them.

I think of the young women, men and boys who fell victim to the sway of these gods-jacked up on power, fame, money,  as they became intoxicated with themselves and convinced a follower to be more than a follower, "come, play the role of lover" passing them into that unnatural role simply because gods can.

You got that medicine I need,
Fame, liquor, love, give it to me slowly.
Put your hands on my waist, do it softly,
Me and God, we don't get along, so now I see...

There are more lyrics to this song, graphic lyrics, she says the F word several times in it. The girl in this song is a mess. To me its the story of someone used and abused by a god who has become a monster. She got lost in the lie, believing in the god, loving the god. Reminds me of all the young woman used and abused by powerful men, in love one minute, discarded and sent away in disgrace the next, while the god went on to another throne we built for him.

Oh forgive us, your children, God in heaven, for building the land of gods and monsters.
Email Post
Labels: Finger Nail Droppings Music The American/Celebrity Church