ANOTHER Book I've Started Writing; The Only Boy 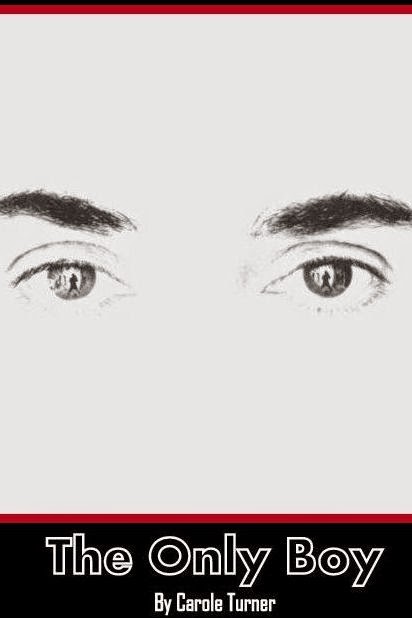 One day I told the kids about a book idea I had,  one about a futuristic world where there were no men, I told them a little of the story,  Abel, Steele, Evangeline and I went back and forth building the story, Evangeline said it needed to be a series, we knew how the first book would end.

They said I had to write it. So I started on it a few weeks ago but like the other two books I've started writing, I seem to find time for everything BUT finishing one of these books.

Steele asked me about the progress of our book this morning, I told him I'd started on it.

So, I thought maybe I could put a taste of it out here on the blog to kinda hold me accountable to finish it.

This is, in the words of Anne Lemont, the "Sh!##y first draft" that no one should see or read so I'm breaking the rule set down by the queen of writers.  I hope she doesn't see this or find out about it somehow and throw me in writers prison for violation of that rule. And I hope I don't throw my own self into writers prison or curse myself somehow by going against this rule...

But, anyway, here's a taste. This is the intro to my attempt at writing a fictional book....

"Damn-it!" Shelia says as she slams her hand against the wall of the hospital room. "It's not like I wasn’t prepared for this. I just.." Sheila pauses, trying to hold back tears, looking at Anne. "I just wanted more time. I needed more time!”

She grits her teeth, steadies her stance, becomes the professional doctor, researcher that she is. “Go ahead; alert the press, not like they aren’t filming every second anyway." She says as she turns away from Anne and looks down at her patient, Malcolm, who is now dead.

Anne turns and exits the hospital room and walks into the roar of the reporters.

“God, where are you? Forget it, praying is useless, obviously!” Sheila says angrily turning her eyes toward the ceiling, and then back to Malcolm. She gazes at him, her arms folded across her chest, staring at him in anger and sadness.
“He has a reason. I just have no idea what it could be at this moment.” she says out loud in an almost questioning, quiet voice.
She gently rubs Malcolm's arm as she gazes at his face. He's gone. His arm is cold but she continues to slide her hands softly back and forth over it.

Anne returns, “They want an interview, Sheila. His family is not able to give one right now, they are exhausted, I know you’re tired of talking to the media but, well, this is the end of humanity as we know it, and the world needs hope right now, you have to say something, they need something from you. Anything.”

“I have no hope Anne. Sheila replies as she continues gazing at Malcolm's face and rubbing his forearm. "He’s gone Anne. That’s it. The last of his kind is no more." She breaks her gaze away from Malcolm, stops rubbing his arm and turns toward Anne with a stoic, cold, tired look on her face, "What do you want me to tell them? Huh? That some of the millions of male eggs frozen in sperm banks MAY one day actually produce a male child?" Sheila folds her arms across her chest, a look of disgust crosses her face, "You want me to tell them that? Well, so far that has not been true, and as far as I know it never will be." Anne reaches out to caress Sheila's crossed arms as Sheila grits her teeth, over whelmed with frustration and grief, "They don’t survive you understand what I’m saying?! They don’t survive!!" She starts to cry, Anne pulls her in closer, "And the very last living one has now died! Hope is Shit! It’s shit I tell you! As a doctor, as a woman of science, all I know right now is that every one of those frozen eggs, everyone one that is perhaps a boy, will die as all of them has over the last 100 years! I am tired of trying to find a cure. I am so tired. And now I am simply spent, I feel defeated.” She falls into Anne's embrace and buries her head in Anne's chest.  She sobs.

“I know Shelia.” Anne holds her and her heart hurts for her college, her boss, her partner in life. She feels the weight of the moment.

The buzz of reporters from the hall can be heard, Anne and Sheila tune them out as long as they can, “You have to talk to the press. They are waiting.” Anne finally says.

“I know. Thank you for being here and letting me vent. I can’t say all of that to anyone else. I love you Anne. I love you.” Shelia let's go of Anne and walks toward the door.

“I know. Go. I’m praying for you. You’re going to be fine. You’re a professional, it may be the end of the world, but there is hope, no matter what you know or think, one of those eggs could possibly survive, one day, we have to hold on to that hope Sheila. We have to believe.”


“I wish I had your faith Anne, I don’t." Sheila holds onto the door knob, pausing, "Right now I have to go out and confirm to the world that the very last living male on the planet has died. I have to do that.”

Shelia turns the knob, opens the door and walks toward the crowd of awaiting reporters, camera’s start to flash and questions start to fly.

The Only Boy is the story of a world without men. Set in the 22ndcentury. The story centers on Shelia, a 50-year-old fertility doctor who has worked for years trying to find ways to save the male species. The story opens at the death of 100-year-old Malcolm, the very last living male on the planet. He spent his life as part of Shelia’s research. He was probed and studied, his organs and cells harvested, and cloned. He had been willing to do whatever he could to help find a cure for this virus that had killed off the entire male species except for him. But now he had died.


The virus only attacked the male immune system. Men started dieing slowly at first then rapidly. By year 20 of the outbreak all but a handful of men were dead. Baby boys died in-utero. It was so sweeping and quick to attack and kill the living males, that fertility specialist decided to call for a world wide mandatory sperm donation campaign. All around the world, the few men who were left were required to donate as much of their seed as possible before they died, in hopes of saving their species.

The world could not keep up, hospitals were unable to care for the dying, researchers, doctors, world leaders, bankers,  husbands, sons, fathers, were dying and those left couldn’t work hard and fast enough to find a cure. Countries collapsed, entire continents became desolate as over half of their population died off and the females who remained migrated to other populated areas.


Over time, in a world without men, women started to evolve and adapt. Love was still wanted and needed. Babies and children were desired, masculinity was longed for. Changes came, and a new world developed.

A generation passed and so finally did the entire male population. Except Malcolm, He lived, they didn’t know why or how, but when he finally died, it was of old age, not the virus.

Hope remained though in the millions of donated eggs and sperm banks full of hope. But so far, none of those embryos had survived. The world continued to reject all males who wanted to enter it.

Will Sheila find a cure? What does a world without menlook like? Will the scientist working feverishly to transform women into men before they are even born succeed? Why did Malcolm have immunity to the virus when no other man on earth did? Will any of those baby boys made from frozen embryos survive past birth?

Find out in, The Only Boy.
Books writing