My Thoughts on The Hobbit, Desolation of Smaug 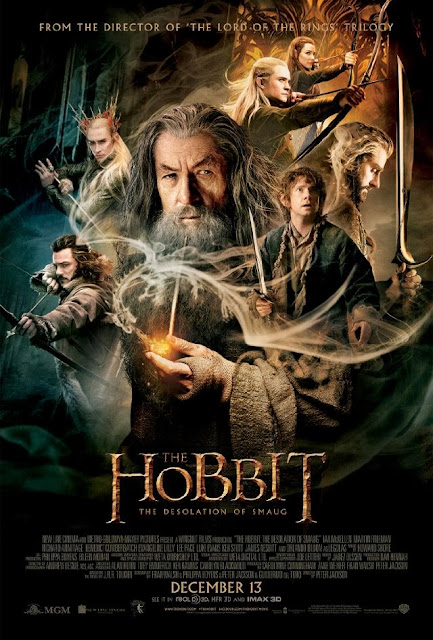 Evangeline and I went to see Desolation of Smaug Thursday night at 12am. I'm a 46 year old, full time working mother of 3 who has to get up at 6am to get my kids off to school, and I have a head cold but none of that mattered, I had to go watch this 3 hour movie at midnight.

I don't regret going. It was very good. It wasn't life changing, it wasn't even close to the LOTR Trilogy,  but it was better then the first Hobbit movie.

Now let me say here, I know I have a deep bias and preconceived idea since I studied Tolkien for several years, have an Elvish tattoo and I'm a slight Middle Earth freak.  I think I expect more in some ways and less in other ways. But either way, I have strong opinions about these movies. 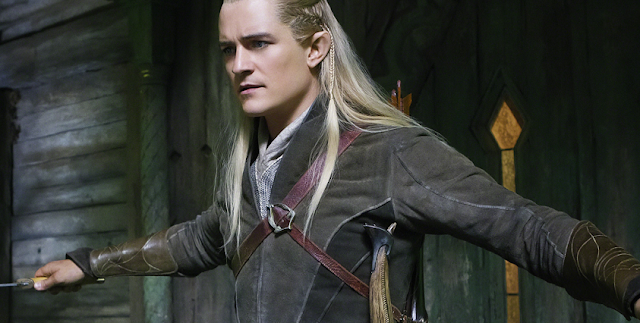 What I Had Mixed Feelings About

I love Orlando Bloom as Legolas, but what was up with his eyes? They looked weird. And there was way to much orc action. Lord, that got annoying and distracting. At the end, with Smaug needing to be the main thing since he is the main thing, why have all that stupid orc crap? Oh yea, I forgot, it's because they wanted to have more Legolas kicking butt action, and again, I love me some Legolas, so... 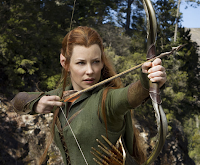 I liked the addition of Evangeline Lilly, I love her from LOST and I love her name of course. Her accent, acting, hair and her costumes were perfect. She was the whole package. But parts of it felt forced to me, like she had to be inserted more then what felt natural. Not unlike how they did with Liv Tyler as Arwen in LOTR but Arwen was really a character from the books, the Evangeline Lilly character was added simply to have a romantic element in the movies. I get why they do that, Hollywood makes certain demands, but I still think the movie would of felt more real and truer to Tolkien if she hadn't been all up in every scene.

Bard-perfect, absolutely perfect. and hot.
Beorn-perfect but not enough of him. Waiting to see more of him in the last movie.
The revelation of Sauron, which was not in the book, more drawn from the appendices,  but I think it was a nice addition to the movies to tie in LOTR.
Laketown- perfect.
Smaug- stunning perfection. LOVED all of the Smaug action. Benedict Cumberpatch's voice is fiery salted butter perfection.

Thorin- I just don't like him in either movie. I don't know if it's the actor or what but he gets on my nerves and since he's most of the movie, well, he kinda ruins it for me.
The Orcs-waste of time and time and time, they take away from the movie and did I say waste time?

Which brings me to my biggest problem with these Hobbit movies. I'm more then fine with PJ filling them with stuff from the appendices of LOTR, I love he does that actually, but when it takes 3 three plus hour movies to do so simply because they have to add so much orc crap, excessive Legolis action and gratuitous romance, well that feels forced, like Hollywood pandering and it corrupts the beauty of these pieces of art. I still think they are beautiful interpretations of Tolkien's master piece, even with these corruptions, that's how genius Peter Jackson is, but as with all art, we the beholders, take away different things, and I just wish I had walked away with a better, more satisfied feeling as a whole.

Of course. I'm a Tolkien fan. I'm a Peter Jackson's Middle Earth fan and though I have issues with it,  I still love great art and this is great art.

J.R.R. Tolkien Lord of the Rings The Hobbit