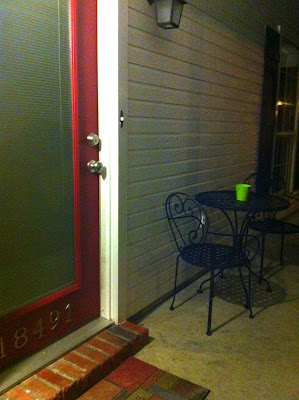 I'm a notorious anti-being outside person. It's my fault that I'm known as that. I spent a life time purposefully not doing activities outside so I gained a reputation. It was for a legitimate reason though; I have horrific allergies. My entire life I have suffered from horrible allergy attacks and daily watery eyes and nose. I have reactive airway disease. I had bad asthma when I was a baby. I stayed sick growing up. It was miserable. So, I did what I could to avoid the things that caused me this misery and being outside was the biggest culprit. I'm deathly allergic to oak, maple and cotton in bloom. Growing up I lived in a neighborhood called Oak Park in Okeechobee Florida. Yea, it had lots of oak trees and for the last 25 years I've lived in south Louisiana, also famous for their oak trees, and maple tress. So all that to say, I've avoided the outside as much as possible because all of that stuff out there looking beautiful was also trying to kill me.

But over the last several years, and after two sinus surgeries, along with daily nasal spray and eye drops, I've noticed I can tolerate the out doors better now. Which I found out by, well, being outside a lot.

When I started doing movie extra work a few years ago I was always getting work on movies that required me to be outside. Either the holding area was outside or the actual scene(s) being shot were set outside. So I would spend 12 hours a day outside. And I found it wasn't so bad.

Now, let me be clear. I still hate the heat. Again, how bizarre is that since I live in the sauna AKA south Louisiana. But it's true, I hate the heat. As a child we had no AC in our house in south Florida, it was always hot. Always. But it was never as hot as it is here..all the time. It's hot as Hell here! No, I'm not exaggerating.

Anyway, as I was saying, I found myself having to be outside a lot working on movies and I didn't hate it. And there was always an oak tree. I remember the first one. It was on the set of Abraham Lincoln Vampire Hunter. We were sitting outside in the extra's holding tent. Everyone was sitting in chairs napping around me. I noticed woods right beside us, it was full of trees and there were a couple of old huge oak trees. And I didn't get sick. 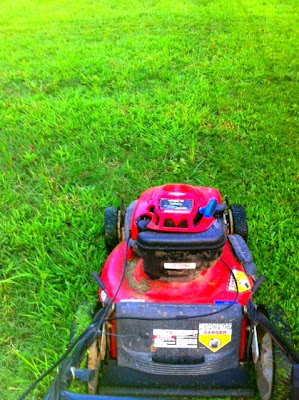 Fast forward to now, I sit outside on my porch at our house all the time. It's relaxing. I also mow once a week.

I hate to work out. I always have. I want the benefits of working out without the work. As I was mowing our lawn today I realized why I hated working out. It's because there is no instant gratification. Visually, you don't see the results of working out until you've done it for a while. And it's boring. I'm sorry but it is to me. There's no art to working out. It seems so vain. I wanna be like Rocky in Rocky 3 when he goes to the cabin in the mountain and trains by chopping wood and pulling heavy stuff uphill in the snow. He got in shape by working. Doing stuff that had to be done. You know? And I think that's why I've started liking to mow my lawn. It's making my home nicer to look at from the road, it's instant gratification because as soon as I am done I see the results in my yard but I also see the results on me. Sweat. Lots of Sweat. and I'm out of breath feeling like I'm going to pass out. All signs of a great workout. It's a productive workout. And as it was with housekeeping back when I use to do that for a living, God and I converse a littie and I do some of my best thinking while I'm mowing. I came up with this blog post while I was mowing tonight. It's productive hard work and it's peaceful.

Who would of thought that I, the notorious hater of the outside, would like to mow and enjoy sitting outside now? It's crazy but it's true.
family Finger Nail Droppings My issues