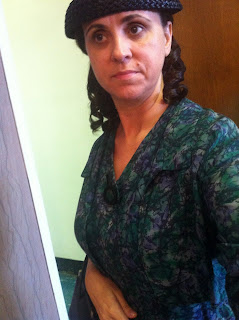 I worked one night as an extra on Lee Daniels The Butler. If you don't blink, you can see me pass in front of Oprah at the bus station when Louis is going off to college. I have on a dark floral dress and black hat.

I worked as a stand-in on the other movie Lee Daniels filmed here in Louisiana, The Paper Boy. I think he is a brilliant director. He’s intense, moody and kind of different but aren't all great artist? When I worked as the stand-in I was able to watch him during rehearsal with the actors, what I found fascinating was how he would ask them what the character was feeling, how they wanted to play the scene. he would dialogue with them, giving and taking input about how the scene would go. I think that’s why actors love to work with him and do so well working with him, because he lets them breath the life into their characters.

The Paper Boy and his movie, Monster’s Ball were very dark, hard to watch stories. His other movie, Precious was dark but captivating and hopeful. It was a story we needed to hear. A story that worked to change our hearts and minds because it drew us in and made us question “could that possibly be real?”. We felt as if we knew Precious now that we had looked through this window into her life. That is what Lee Daniels does best, he tells a great story. And with The Butler he tells us our story, the story of our country fighting it’s way through the civil rights movement. At the same time he is telling us the story about a marriage, a family, a father and son relationship. I didn’t find The Butler to be preachy, mainly because we are taken into the story so well.  We are taken in perfectly by the lay out and pacing of the movie as well as by the incredible acting. Forest Whittaker, Oprah and David Oyelowo ARE Cecil, Gloria and Louis. I found myself, at first, watching them act because I was so mesmerized by the icon that is “Oprah” acting again as this wife of a butler but that didn’t last very long. Oprah is lost in Gloria Gaines only after a few minutes on screen. Watching her you realize what and amazing talent she is. She is brilliant as Gloria.

Forest Whittaker as Cecil Gaines is the foundation of this structure, and he is so strong. He never over plays Cecil which gave the perfect framework for Oprha’s Gloria and David’s Louis to flourish. Other highlights to me were Elijah Kelley’s performance as the teenage Charlie Gaines and Lenny Kravitz and Cuba Gooding Jr as Cecil's fellow butlers. I would watch Lenny Kravitz in anything, so it was no shock to me that He and Cuba were perfect shots of humor and steadiness throughout the story. I absolutely loved them in this movie.

I do however agree with one review I read which stated how they felt the big named stars playing the presidents was a little distracting. I think the movie may have been better served had there not been so many “famous” people playing them. But again, I understand why so many great actors wanted to do this movie, Lee Daniels allows actors to be creative, and what actor wouldn’t want to play a president and work with a director like that? The exception to my critique here would be Liv Schriver. He was hilariously perfect as LBJ.

There are plenty of other reviews out there which tell you about the story itself so I won’t go into all of that. What I will say is, as with Lord of the Rings in the hands of Peter Jackson, the story of White House Butler, Eugen Allen (his name is Cecil Gaines in the movie), takes on a life of it’s own in the hands of Lee Daniels, and it’s perfect. No, it’s not like the real life story in a lot of ways but it’s still perfect story telling. I stayed enthralled the entire movie, seeing and hearing the lives played out before me, they dug deep into my heart as a good story should.

As we exited the theater Dean said “We will own that movie.” I agreed. It’s one of those movies that needs to be watched by every generation. Our black and white children now have this very creative, well structured and entertaining tool to start a conversation from and to learn some of their history from and we have this amazing piece of art. Thank you Lee Daniels. 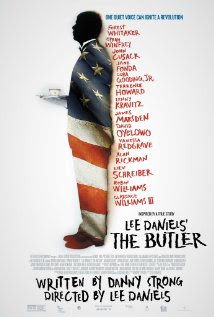