It's Always Her Fault; An Observation 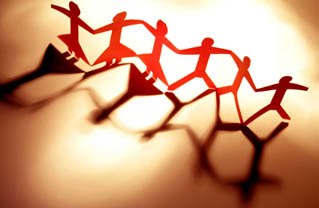 Something I've noticed over the years is that when the son doesn't call his mother, it's always his wife's fault. When the brother doesn't do what his sisters tell him to do anymore, it's his wife's fault. When your best friend changes and wont go party with you anymore, it's because his wife doesn't like you. I could go on and on, but think about it ladies, you know it's true, we blame the women and we are the women being blamed.

For example, think about infidelity situations that you know of, have you ever noticed that the two people blamed most are the mistress and the nagging awful wife. One pushed him into it, the other seduced him into it. The poor cheating husband was just too weak to fight temptation in the face of powerful seduction and his awful home life.

And have you ever noticed how, even with a man who's been divorced multiple times, the new wife will describe the former wives as something like, "she was crazy..his first wife cheated on him...oh, yea, she was just a gold digger.." but I've never heard, "no, he's just terrible at marriage, I've changed him...he's cured of his porn addiction..I just hope he's more mature now..He says he's learned from his mistakes, he was a terrible husband.." because the new wife always blames the old wives for the failed relationships. But, when this marriage goes south, usually the first person they call is the ex wife, suddenly they aren't so evil.

I told someone recently, "If everyone found out tomorrow that Dean was cheating on me, they would probably understand. I'm not easy to live with, it would somehow be my fault." because I've seen the wife of unfaithful men blamed over and over again for the unfaithfulness.

Yes, there is someone else to blame usually, no it's not the husband, it's the home-wrecking other woman. Sure, she may be half the husbands age, an employee of his, or something like that, but it's still her fault. "She threw herself at him!" of course, of course, he's so weak and has to live at home with that awful wife, how could he resist? (extreme sarcasm)

I have seen every situation that I described above played out over and over again. The wife, girl whatever female, always gets the blame from both men and women alike. It's a sad habit left over from a time when even we believed we were less then equal to men. We need to start assessing each situation through the eyes of equality, not imbedded "the man is always right" mentality, because right now ladies, it looks like we don't stick together, instead we throw each other under the bus.

I say we stop doing that.
family Gettin my preach on marriage My issues

mandi said…
Totally agree with this. I come from a different perspective though. I think that it is a blatant disrespect for men that we do this. If we truly felt like they were capable of having integrity, strength, and wisdom, we could openly blame them. Like the modesty debate. We put all the pressure on the women because we think that men are too weak to handle it. My husband has helped me so much in this area. When I worry about a shirt being slightly too tight he'll say "you look great- trust them to be adults".

Kacie said…
I've watched two marriages fall apart in the last couple of years, and in both cases it was most definitely the man's fault. The woman might not have been perfect, but the walking away and the weight of wrong-doing was on the shoulders of the man.
1/03/2013