My Favorite Mistake: A Lord of the Rings Tattoo Story

December 06, 2012
In honor of The Hobbit movie coming out next week, I am once again telling the story of my Lord of the Rings tattoo.. It never gets old. Enjoy.. 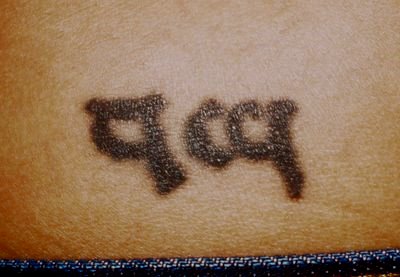 I decided I wanted to get the number 47. There's a group of friends that I became friends with between 1984 -1986 when we were all at Jimmy Swaggart's church, I was one of the few girls in this group, we are all still friends and you know how people have favorite numbers? Well 47 was our favorite number. Hard to explain but read This if want an explanation.)

So while visiting my family in Okeechobee Florida, I decided to get a tattoo that read "47" only I thought it would be cool to get it in another language, a language Tolkien invented for Middle Earth, the Elvish language of Sindarin.

And that's why it's my favorite mistake.
Humorous History Lord of the Rings Stories tattoo The Hobbit