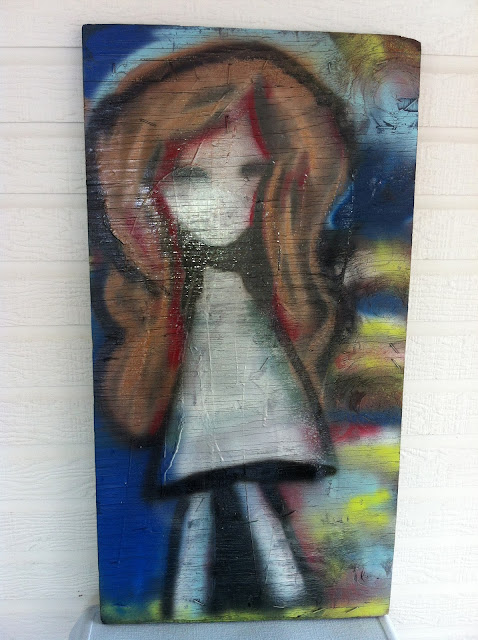 My baby girl is turning 16 years old on July 17th.
She's been driving our van around parking lots and asking us for Drivers Ed classes.
She was working at Chick Fil A since last summer.
and last month she briefly had her first official boyfriend.

And when she's asleep I go into her room and look at her and I see that little baby girl. I can't help it, I have to put my face next to hers, her cheeks are warm and fluffy still, just like that baby girls were.

Then suddenly I'm snapped back to reality, she's not that baby anymore, she's a 16 year old teen age girl.

I like her though, this young lady, she's finding her way in a hard world. She is asking hard questions of belief, faith, and humanity. I like that she's not just drinking the cool-aide but I also know that sometime we exchange one brand of cool-aide for another and so I simply ask her, "do you love Jesus Evangeline?" That is the greatest question really, one we have to really explore and think about, all of us.

I don't want her to experience heart ache, but she already has. The boy we thought was just so sweet, friendly, good Christian kid, who wasn't ever her "official" boyfriend, but he turned out to be the doucheyist and just not nice to her and then just recently there was the rocker who sings lead for a screamo-band, who's not a Christian but turned out to be the nicest, I really liked him, and Evangeline got attached to him quick, so when they broke-up it hurt her.

They both left their scar on my baby girls heart. I don't think they're permanent scars but right now, to her, they are.

But she's been boy crazy since she was born it seems. I don't get it really, how are some born more so then others? You know what I mean?

"OK, let me break it down for you Evangeline, no bumping and grinding, no touching private parts, that's what I'm talking about also when I say 'don't have sex', not just actual intercourse."

"Sex is a wonderful thing Evangeline, it's not gross but it's meant for marriage. Movies and Glee and all that crap, make having sex with all kinds of people seem so casual and harmless but it's not Evangeline, you leave a piece of yourself that you can't get back, memories are planted that haunt you at the absolute worst times, that's why God designed it to be inside of marriage, it's a powerful bonding thing..."

I sit with my head in my hands and I pray..a lot, "God, what should I do? Should I make her break up with him? Help me lord to make the right decisions. Help me not to make it worse, push her away, help me too not say to much or too little...What to do Lord? What to do?"

And then I feel peace. I let him guide me, give me words, close my mouth, and work it out.

"Your a daughter of the king, you are precious, don't ever forget that." Is what I told her after Rocker dude broke it off with her and I prayed she wouldn't turn into the Glen Closes character from Fatal Attraction.

I know that some people don't feel the need to explore and understand their emotions deeply, but that's not me. I'm an artist, a writer, I need to express my feelings somehow. But I was feeling like I couldn't because I didn't even understand how I was feeling, so I went to my little studio, grabbed and old piece of wood and some spray paint, put on some music (John Mayer, Super Tramp, Usher, my "Slow Songs" play list) and I started painting. 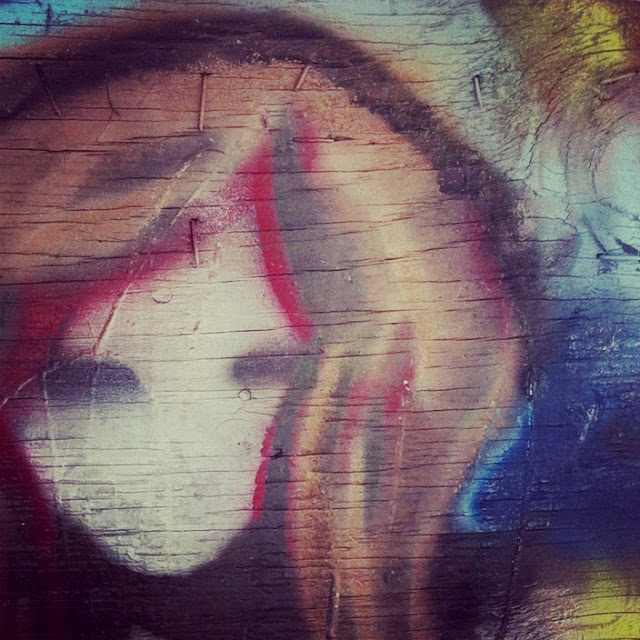 The piece of wood had nails all in it, I left them. I first splattered some paint on the board, then I just started spraying and it slowly took shape.

I named it "16" because it's the expression of how I feel about her turning 16. I know a shrink would have a field day analyzing this painting, have at it.

I like her. I think she embodies my feelings right now. I still don't understand them but they're out there now so I feel better. 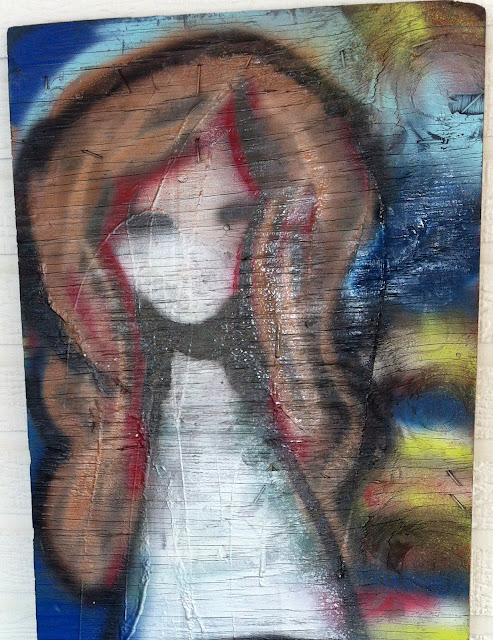 Anonymous said…
I am crying reading this post. I was thinking about the night she was born and what a miracle she is. then I was thinking about the night in ICU when you had to give her the first insulin shot. I will never forget the look on your face. She is just so special and beautiful and I can't believe our baby is growing up. She has so much to go thru and so much life to live. She has a beautiful heart and a loving nature. Getting thru this stage in life is hard and wonderful all at the same time, but I think she will be just fine. I love y'all so much. Can't wait til you come down. Love Mom.
7/05/2012