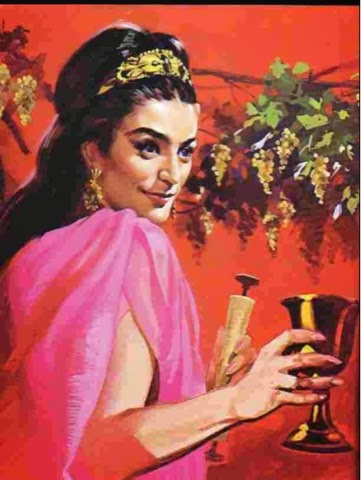 It was 1987 and I was 20 years old. I had only been a real follower of Christ for a couple of years. I had found a true relationship with him in August of 1984 at Jimmy Swaggart Ministries.

I had made some great friends there. We were all tight. Many of us were all new to this Christianity thing and we were sponges soaking up every teaching, every camp meeting, every retreat, every church service.

I worked hard to learn all the rules of Christianity. We couldn't listen to any secular music, hang out with unsaved friends (unless you were witnessing to them) and definitely never go to an R rated movie. And as a girl, we had even more rules to learn and follow. There was no talk of equality between the sexes, on the contrary, girls were taught about modesty and how not to defraud our brothers by wearing a one piece bathing suit without a t-shirt over it, or skirts above the knee. We were taught how to serve our husbands and that men were over us, regardless if they were our husband or not.

Some of the women leaders would talk to me about how to have a quiet and gentle spirit. I was loud and as gentle as a bull in a china shop. I was raised in a small redneck town were I thought it was normal for girls to fist fight. At Swaggart’s the ladies were teaching us to have an air of mystery, to be soft spoken, smile a lot like Melanie from Gone With the Wind and I was really trying hard to master all of these things so I could be a good Christian woman, worthy of a husband.  Ultimately, that was what it was all about, getting a husband. It was clear that we needn’t worry about getting an education or have any ambition, just get married, that was it for the girls. Whatever the man's calling and dreams were, would become your calling and dreams so yours didn’t matter.

A lot of guys that attended the Bible College and ones that were a part of the youth ministry, used to joke and say to us girls, “Submit woman!” in response to us saying anything they didn’t want to hear. But I had been raised by a single mom who spoke her mind and had an opinion on just about everything, so while I was at Swaggart's, I heard “submit woman!” a lot. Mostly the guys were just playing but playing in that passive aggressive way.

I had always been friends with guys and as a redneck girl, we talked to guys the way they talked to each other, I didn’t know how to be lady like or how to blush when guys were talking “guy talk” I would just laugh or chime in myself.  I was told that I was “too familiar” with my guy friends, I needed to learn how to blush, feel embarrassed by off colored jokes and cuss words, act like a lady.
I always felt like I was swimming up stream. All I knew was that I wasn’t a good Christian girl and didn’t feel capable of being one.

I struggled with the sex thing. We had to be pure always so that we could have this to offer to our husbands. Most guys that I knew stated very plainly that they would not marry a girl who wasn’t a virgin. I was not a virgin. I had been with one guy before becoming a Christian at age 17, and only a few time. He was my boyfriend and I thought at the time that he was my forever, but he wasn’t and now I had that baggage.

I tried to believe that I was a born again virgin. I told myself that God had made me a virgin again, that’s what people told me God did for us non-virgins when we repented. I knew I was forgiven, but my body still knew I wasn’t a virgin any more, it was a biological fact and I knew it. When conversations at fellowship group turned to virginity talk, I either had to stay quiet, lie or tell the truth and get the pity glances. I wish I had been better at lying or better yet at staying quiet.

I dated one guy just after becoming a Christian and it led to some heavy petting. We both felt terrible afterwards and we talked to one of the youth pastors about it. We both repented to him and he advised that we break up so we did.


And then came the day of "the meeting"

My eyes were puffy as I went around my apartment straightening up. I had been crying off and on for days. There were no more tears, now I was just trying not to let anger take me. I was trying to stay humble, stay meek and gentle, stay calm like I a good Christian girl. But I was mad. When I would think about it all I’d find that my teeth were clinched and then I knew I was angry.

I prayed for God to help me. I had again failed the good Christian girl test and there was soon to be a meeting in my apartment about that failure.

All I could think about while I was cleaning and getting ready for it was, “Why couldn’t I just act right? Why was I such a loud mouth, crass talking slut? Why couldn’t I be like the girls who were raised in church and have dads at home who loved them and always told them how beautiful they are? This stupid meeting we are about to have here wouldn’t even need to happen if I could just learn how to act like a good Christian woman! Why did I kiss John on the cheek for fixing my car?”

I had been called a Jezebel by one leader in the youth group because I wore red dangling earrings and hung around guys all the time. One of the youth pastors (whom I confided in when I had that heavy petting session with that one guy) had told several of my friends that I obviously had a lust problem. He said I was lusting after my friend John because I kissed him on the cheek after he fixed my car.

That is why we were having a meeting.

John had never been kissed by anyone but his momma before and when I kissed him on the cheek after he fixed my car he went and told the youth pastor about it because he thought I liked him or something, but I didn't, I just always kissed people on the cheek, I didn't think it was a "lusty" thing to do. Problem was, he had this conversation with the youth pastor in a public restaurant with several of my other guy and girl friends present.

John called me the day after talking to the youth pastor and informed me that we could no longer be friends because I was lusting after him. He said everyone else who participated in that restaurant conversation that night agreed, since I kissed him on the cheek, and I had struggled with sexual issues in my past,  I must certainly have a lust problem and be lusting after him.

There were three friends who saw through all the stupid fear induced drama, my friend Karen and my guy friends Wade and Jimmy. Wade was like my brother, and besides that, his momma kissed everyone on the cheek, and he knew this whole thing was ridiculous.

Finally it was time for the meeting. My jaw was already sore from clinching my teeth so much. My eyes were still puffy but I felt at peace. I had prayed a lot for wisdom, for the right words to say and not say and when it went down, there were seven friends who told me how they really thought I was lusting or at least needed to be more appropriate and not kiss a 16 year old guy on the cheek for fixing my car and they thought I was too familiar, too crass, and so on. It was a very difficult meeting to get through but Wade offered a stinging rebuttal to everything they threw out there. Jimmy Clyde just kept saying "this is stupid" and rolling his eyes a lot.

I defended myself and I believe God gave me the words. The youth pastor was there and although everyone else came to the place of conceding that they may have over reacted about the kiss, he never apologized or went back on his opinion.

But after that meeting, I never kissed a guy friend on the cheek again. I had been cured at least of that vice.

Anonymous said…
What a day. I'll always remember "the meeting".