Clementine Hunter, One of My Favorite Artist

May 19, 2012
Clementine Hunter's art work fascinates me.  I love the simplicity of it, how each panting tells a story.

I have no idea why this woman's life has not been made into a movie. 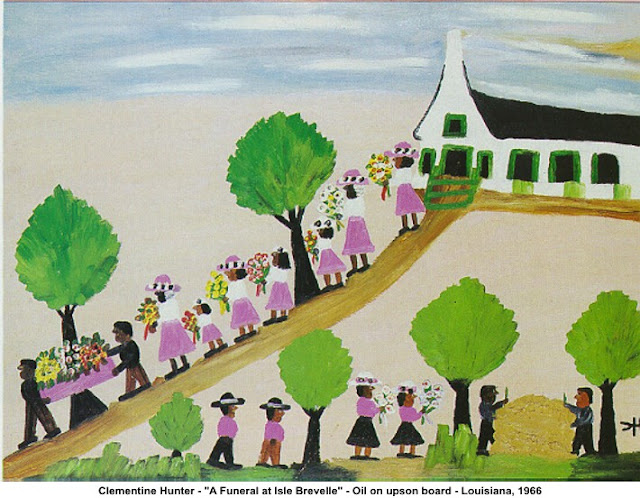 Clementine Hunter (pronounced Clementeen) (late December 1886 or early January 1887 – January 1, 1988) was a self-taught African American folk artist from the Cane River region in Louisiana. She was born on a plantation said to be the inspiration for Uncle Tom's Cabin worked as a farm hand, never learning to read or write. When in her fifties, she began painting, using brushes and paints left by an artist who visited Melrose Plantation, where she lived and worked. Hunter's artwork depicted plantation life in the early 20th century, documenting a bygone era. She first sold her paintings for as little as 25 cents. By the end of her life, her work was being exhibited in museums and sold by dealers for thousands of dollars. Hunter was granted an honorary Doctor of Fine Arts degree by Northwestern State University of Louisiana in 1986. You can read more about this amazing life HERE. 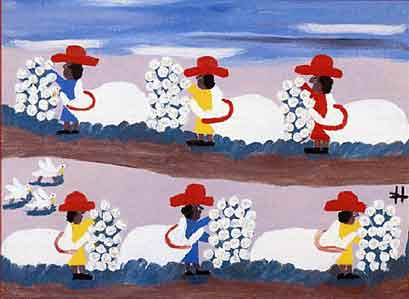