Pee Wee has been coming around the Dream Center since 2008 and trouble always came with him.

He threatened to beat me up one time when a girl he was dating was in my face also threatening to hit me. He actually swung at one of the staff members, Donna Frank, but he missed.

I honestly don't know how many times he came to Sunday service high as a kite and looking for a fight.

Pastor Hope text me today and said "I can just so clearly remember Steven (who was a 50 year old intern who recently passed away but used to live at the Dream Center) laying on Pee Wee outside on the front steps of the church so that he couldn't get up and continue the fight he had started inside during service."

That was how Pee Wee has been known to many of us over the years, trouble.

When he walked on campus Dean would put everyone on alert, "Watch Peewee" he would tell the other security people.

But over the last year Peewee started to change. He started talking more to us, not just sulking about and looking high when he came on site. And I would occasionally see a smile.

And he kept coming around.

Then a couple of weeks ago Peewee walked to the alter at the end of Sunday service. He was met there by Derek Wright, and Eric Harris. Together they all prayed. And as pastor Craig walked the alter praying for other people he saw this group of boys huddled together praying with Peewee and his heart was glad.

See, pastor Craig was one of the few people that never gave up on Peewee even when others said he was dangerous, shouldn't be allowed on campus, was only there to cause trouble, Pastor Craig saw something else there. He saw past all the walls of anger, and past the dark glassy eyes caused from being high on pot. Pastor Craig saw there was more to Peewee then just trouble. He loved Peewee.

Craig has known Peewee since 2008, when he was the leader of the after school program and Peewee would come. He poured time into Peewee and he spoke words of life and encouragement over him.

Our youth leader Paul also spent time with Peewee and some of the young leaders in the youth group reached out to him. They never gave up on Peewee.

Last month Peewee's cousin, Johnny went to jail charged with four counts of attempted murder. Johnny is 17 years old. He was also a child of our after school program. Pastor Craig went to visit Johnny in jail and all Johnny kept saying was "I gotta get out of here". He had yet to even see a lawyer.

Peewee knows that Johnny will be in jail for a long time. Pastor Craig knows that too and it breaks his heart but the positive side is perhaps God has used this tragedy to help Peewee see that he has a choice in this life. He can take the path that Johnny did, he can continue on the path of bad choices, the easy path that beacons to him all day long in the inner city, the path that only leads to destruction, or he can accept the love of Jesus that calls to him and he can take the path of abundant life.

When he walked down to that alter a few weeks ago, he chose abundant life. 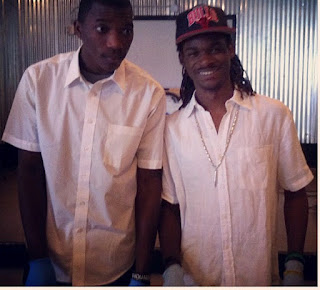 Today Peewee served at a funeral at the Dream Center along side Richard, who spent a decade addicted and living on the streets but now has been clean for over two years, has a home and works at the Dream Center.  Peewee also served a long side Eric Wright, once a homeless youth failing out of school, now an intern at Healing Place School of Ministry. Today Peewee served a grieving family with his family, his church, his friends, at the Baton Rouge Dream Center.

Boys in the Hood Dream Center