The Story of the Sun-Maid and Juan Valdez 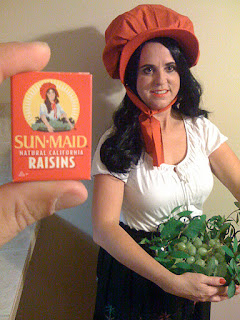 She was lonely, this maiden who spent all her days holding a basket of grapes in the red world, guarding the Raisins.

Her long flowing hair was the color of darkest night, her skin a soothing shade of Alabaster. Her eyebrows sat as heavy frames above her perfectly almond shaped eyes.

She wore a large red bonnet that was the size of a small planet and for good reason, it was where she stored hand written little notes.

Notes she had written over the immeasurable time she had spent holding the grapes, guarding the raisins in the red world.

Notes that contained her dreams, dreams of one day leaving the red world, dreams of being more then the eternal Sun-Maid Raisin lady.

Was she destined to stay trapped as the visual Icon of that delicious and timelessly healthy snack that is Raisins? Would she always be the pretty face of shrivelled grapes? Would she ever find love? How could she when she was stuck holding a basket of grapes in the red world? 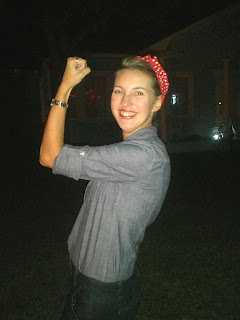 Then, one day while she stood guarding the raisins, there appeared to her a woman. She was standing tall, holding her fist high, her golden hair pulled up with a red scarf tied firmly.

"I am Rosie the Riveter! We can do it!" She heard the woman say.

And the Sun-Maid believed her. "We can do it! yes." She thought to herself.

She knew Rosie had been sent to her as a messenger of hope.

And as quick as she had appeared, Rosie was gone.

The Sun-maid wrote herself a note; "Rosie is right. We can do it." and she placed it in her large bonnet.

Then as she stood holding her basket of grapes and dreaming more dreams, there appeared to her two more ladies. One looked as dirt and the other as a queen, both held Swiffer mops. 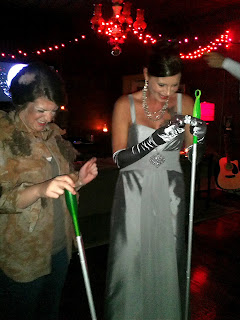 The Sun-Maid asked them, "do you also come bearing a message of encouragement for me?"

"I don't understand how that is something to encourage me."

"You will dear." The Swiffer ladies said to her as they disappeared.

She wrote herself another note "Remember Swffer gives cleaning a whole new meaning" and she stuck the note in her bonnet. 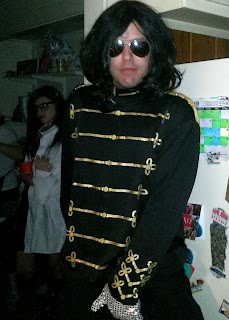 Then in a flash their stood before her a man..well maybe it was a woman? She wasn't sure, but she thinks it was a man.

His hair was as a ravens, he was tall and white as snow. He was dressed in a black suit that looked as though he were heading to war..a dance war. And on his left hand he wore a sparkling glove. He slowly lifted his hand from his crotch and the light bounced off the glove as the shining of the brightest star.

She shielded her eyes, for the glory of the glove was too much to bear.

"I am here to warn you Sun-Maid, as one who once believed but now knows better. On the other side you will hear "Pepsi's cool!" as I once said and believed in my time there. But then they caught my hair on fire and I became addicted to pain killers. because Pepsi is not cool!! It's evil! Coca Cola is really cool. This is all you need to know. Make note dear"

And in a flash, with a wave of his gloved hand, he was gone. 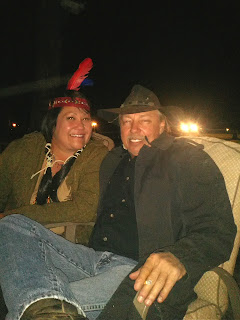 She again wrote herself a note, "Pepsi catches your hair on fire, Coca Cola is really cool" and she placed the note in her large bonnet.

Soon she received another visitor, this time it was a couple. A beautiful Indian woman and a tall, handsome cowboy.

The Indian woman spoke first "there is only one butter. I am that I am that butter"

Then the handsome man coughed. A lot. The Sun-maid was sure he was about to pass out, but in between coughs he managed to say "I look tough and cool because I smoke cigarettes" then he coughed so hard he spit a large glob of fluid onto to ground. "remember cigarettes are sexy" he said finally between coughs. And with a puff of his cancer stick, they were gone.

She made another note, "there is only one butter, look for the Indian, and smoking cigarettes= cowboy who coughs a lot".

and again, she stuck the note in her bonnet.

Then a sequins induced light flashed before her and there again stood the gloved one, only this time there stood with him a crazy looking little man and a beautiful woman holding a bag of chips. 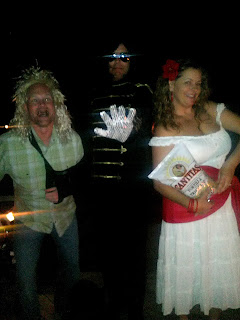 The gloved one spoke, "I forgot to tell you, stay away from this freaky dude. He will try to distract you from your one true love with his stunning good looks, great teeth and super sexy body but we don't even know who he is, all we know is he's crazy, hunts alligators, lives in the swamp and drives an 18 wheeler.

I have returned also to introduce you to what will be your source of nutrients while you are on the other side. Meet Santitas, she will feed you".

Then she spoke "remember this, there is only one authentic Mexican style tortilla chip."

Then the Sun-Maid saw the Swamp man attempt to jump toward her while saying, "I love you Sun-Maid lady woman!!!" the Santitas lady smiled at her,  up came the gloved one's shining hand, and in a flash they were gone.

The Sun-maid wrote herself another note "The Mexican lady will feed me, Swamp people are scary." and she placed the note in her bonnet with all the others. 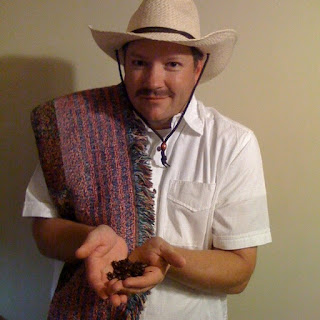 She continued doing what she had always done; holding the grapes, guarding the raisins in the red world. She hoped and waited for another visitor. but none came.

She looked at her notes and felt encouraged that she would soon leave this place but as time passed she started to lose hope.

For no other visitors came.

No one came to take her away from the red world.

Maybe it was all just a dream...

Then, when all hope had faded, she smelled the most wonderful aroma. One she had never smelled before. A scent that immediately aroused her senses. It was nutty, earthy and strong yet smooth.

She felt alive again. Hope had been rekindled.

She wondered where this most wonderful and beautiful smell was coming from.

Then she saw him. His face was as a comfortable blanket that wrapped her in a feeling of warmth and softness, inviting and stunningly handsome. He wore a hat, and in his hands he held that which brought forth the wonderful aroma.

"I am Juan Valdez. I am your destiny" he said.

"I know" the Sun-Maid replied.

Then they kissed and at the moment their lips met the world changed. Suddenly they were being transported together to another place, a blue, green, yellow, brown, many colored world where the Sun-Maid and Juan Valdez were free to love, have a wonderful life together and share their gifts of Sun-Maid Raisins and the best Colombian coffee, with others.

In this new world, the Sun-Maid laid down her basket of grapes, used a Swiffer to clean with, drank Coffee, Coca Cola, (never Pepsi) and used Land O Lakes butter, while Juan smoked Marlboro cigarettes and kept her safe from Swamp people.

Many days she spent being very thankful for the day that this wonderful man with the creeper-stash on his face, came to her world bearing coffee.

"You had me at coffee Mr. Juan Valdez." She would say to him and smile.

and he would reply "I love raisin's in my oatmeal cookies".

and they lived happily ever after. 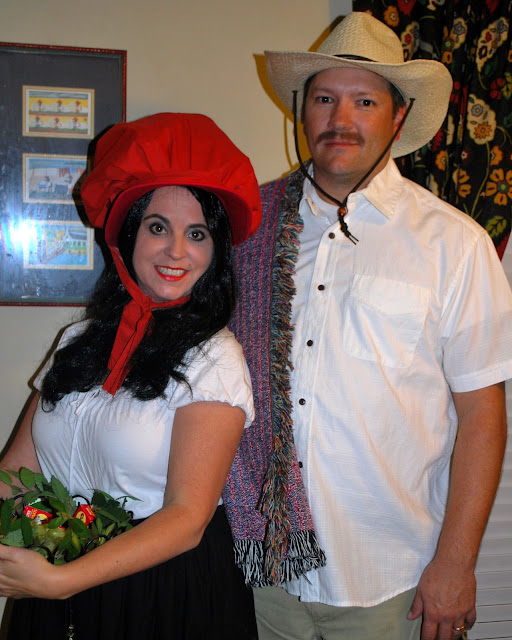