No Girls Allowed in the Elephant Room 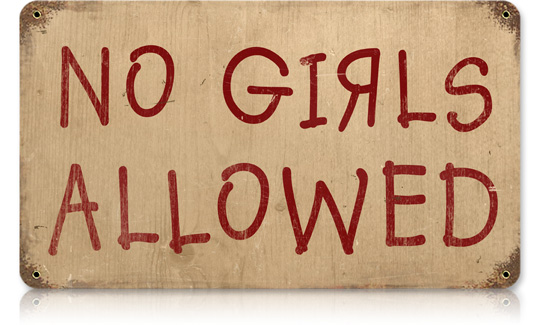 Last year Ben Arment blogged about the first, The Elephant Room a one day gathering of high profile and influential church leaders, who get together to discuss issues that they classify as "Elephants in the room" in the church.

So I watched the clip of current and former pastors discussing theology and afterward I commented on the post, "Is the fact that there are no women at this event the real elephant in the room?" or something to that effect.

And he responded by saying it was for pastors and church leaders and by asking me why the church that I attend, HPC, didn't have any women speakers at the ARC conference that they had just hosted. (again, paraphrasing him and myself, not sure what exactly was said)

I replied that I was not an employee at HPC so I couldn't speak for them but I was happy to say that next years ARC conference had two women lined up to speak, Christine Cain and Priscilla Shier and I said, "having these ladies as speakers is progress, and I will take progress any day."

So I want to say right off that this post is not intended as a slam against The Elephant Room, yes I am publicly stating a disagreement that I have with it but my hope is that this post will lay out a case for progress.

"Elephant in the room" is an English metaphorical idiom for an obvious truth that is being ignored or goes unaddressed. The idiomatic expression also applies to an obvious problem or risk no one wants to discuss.[1]

It is based on the idea that an elephant in a room would be impossible to overlook; thus, people in the room who pretend the elephant is not there have chosen to avoid dealing with the looming big issue.

The other day I saw a blog post on Carlos Whittaker's blog, that was basically an ad for the new Elephant Room that will be coming out in January.

I watched the trailer and went to the site to read up on the event. I even went to a couple sites to read about the controversy surrounding the invitation of TD Jakes to the event.

But again, there were no women pastors or leaders invited to the event.

As expected, the comment section of Carlos's post immediately lit up with questions and/or comments concerning the lack of women, again, at this gathering of leaders.

Matt, one of the organizers responded with this.. Well, as the host of the event, James McDonald has stated that the purposes to get PASTORS together to discuss relevant issues. James McDonald is a pretty open Complimentarian, so the fact that he hasn’t included any women shouldn’t surprise anyone. Why people get upset about that makes no sense to me. If an Egalitarian held a like event and included women pastors, why would people be surprised? Hosts can invite whoever they want.

While I don’t want to speak for anyone involved with the event, I think it’s because no one has even gotten into a discussion about Complimentarian vs egalitarian theology and had anything good come from it. The people in their camps, especially as pastors, aren’t going to change their mind or sway anyone else. And my assumption is that James McDonald decides the topics that are going to be discussed and then invites speakers based on that list. I wouldn’t be surprised at all if at a future event he opens up the debate and invites a woman pastor, or at least someone with egalitarian views.

I appreciate Matt's reply, it seems honest and straight forward. And I am glad to see that he thinks it may be opened up in the future (although as he stated, he can't speak for the organizer) to women or egalitarians.

But I'd like to dissect what he said and what The Elephant Room web site states as its "purpose statement" for this Elephant room.

James McDonald is a pretty open Complimentarian, so the fact that he hasn’t included any women shouldn’t surprise anyone.

Why would a complimentarian have a problem with having a women leader be a part of the discussion? I know they believe that women have very designated rolls and I know that some, like Mark Driscoll, don't believe that women should teach men at all, but do they also believe that a female church leader, even one who strictly teaches only women, would have nothing to contribute to a conversation with other male church leaders?  Is a woman's opinion, even when they are as educated or more educated perhaps then the men she is having a discussion with, only allowed if offered from her designated spot standing over a sink full of dishes or from the passenger side of a vehicle? Or is it that they believe a women should not be allowed to contribute to a conversation of "leaders" at all?

I am honestly seeking the answer to this question.

If that is the case then I'm all for their right to believe what they want, but I think it's disingenuous to sell an event with lines such as.."..the best way forward for the followers of Jesus lies not in crouching behind walls of disagreement but in conversation among all kinds of leaders about what the scriptures actually teach.."

But Matt points out, when discussing the issue of Complimentatrian vs Egalitarian, The people in their camps, especially as pastors, aren’t going to change their mind or sway anyone else.

So does he not see that the very same thing could be said about all of the other issues being discussed in The Elephant Room? I thought the purpose was to address hard issues that everyone wants to avoid, the hard issues, you know, the Elephants in the Room?

And if THIS isn't an Elephant in the Room, I don't know what is.

At the end of the Purpose Statement it says..

Look for guests from all places and belief systems.  Don’t be surprised if you hear a conversation with someone that offends you or denies the faith as you see it. If the conversation can be helpful, clarifying, insistent or illuminating, or if we hope it will be . . . you will find it in the Elephant Room.

If the above quoted statements are indeed the purpose of the event, then a women leader should be welcomed (..hear a conversation with someone that offends you or denies the faith as you see it..) and the huge Elephant of the role of women in church, should be one that is discussed (If the conversation can be helpful, clarifying, insistent or illuminating) based simply on the stated purpose of this event. 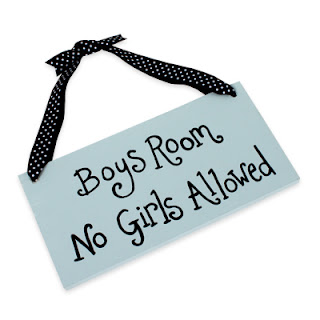