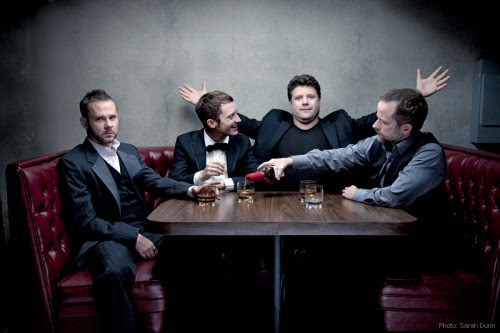 I'm excited about this reunion, I will be very happy to read the interview and happy to read every word of Empire magazine's articles about the 10 year anniversary of Peter Jackson's Lord of the Rings.

But why is Tom Cruise the biggest thing on the cover rather then the Hobbits? I would think that Empire, of all publications, would "get it" but I guess not.

I cant wait to geek out again in December 2012 when Peter Jackson's The Hobbit comes out. I miss Hobbits, Elves, Wizards and Dwarfs. I miss being taken away into Middle Earth.

I've got to start saving so I an go to New Zealand, November of 2012 for the Premier.

Yea, seriously Empire, Mission Impossible 4 is definitely not a better cover story then THIS anniversary.
Books Lord of the Rings movies