More about being In the Contraband Movie Trailer 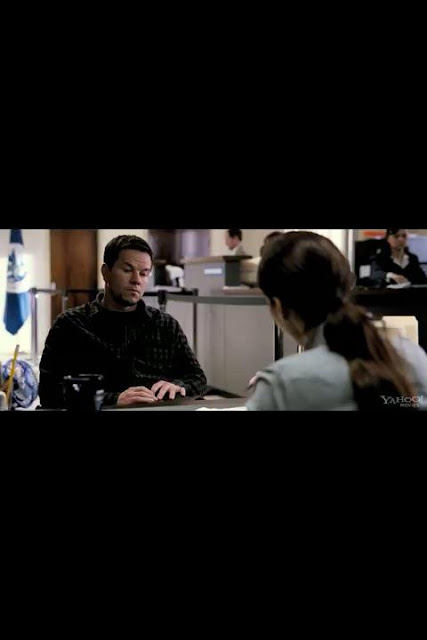 Ok people, Ya'll keep messing with me about how easy I am to miss in the Contraband movie trailer. Look at this pic, see over the ladies shoulder? That's me!!

It's a blip, don't blink right at 1:26, look behind the lady when she asked "ever been arrested for sedition, treason?" right when she says "Treason" that's when I flash in the background.

I know it's quick, but hey, I'm in there, in the trailer of a movie, not just the movie so, that's freaky cool to me no matter if it's just a blip :-)

Go read about the day of filming, when Mark Wahlberg flirted with me HERE, it's the best story EVER!! I'm gonna get a T shirt made that reads... 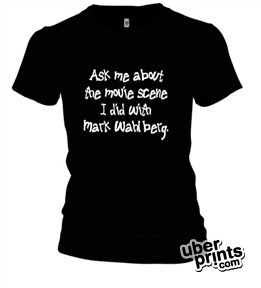 The scene that Abel and Evangeline were in is in this clip too, When he says "You think your the only guy here with a gun?" and they are fighting. That is the scene that the kids were background for. If they show the entire shot in the movie, I think we will see Abel riding by on a bike when Mark gets out of his truck to go confront Giovani Rabisi's character. I'm pretty sure E was way too far in the background to be seen.

It was special then and it's special now and it will always be special because it was my first step into the world of movies...and it was a great one.

I keep saying that I'm just gonna get a t-shirt that reads "Ask me about the movie scene I did with Mark Wahlberg" I really do need to just go ahead and get it so I can talk about it even more :-)