I Guess I'm Not a Feminist, Donald Miller Didn't Offend Me 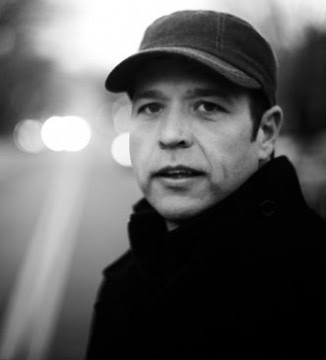 I liked the girl post so much that I sent the link to my niece Candice.

Sure, there were things in both post that I didn't agree with, things he said that seemed naive maybe but over all, I thought he did a good job of covering the reality of a single persons life in MTV America.

And there are lots of worthless guys.

But I guess I was supposed to get really offended by his post... That is if I were a real Christian Feminist.

Which I obviously am not since even after reading this post on Rachel Held Evan's site and then a few of her follow up post concerning this.

And also reading some of the "I'm so offended" comments on Don's posts and on her posts,

I went back and read both of his post again cuz' certainly I had missed something.

Rachel Held Evans is a well respected Christian author, I really like her blog, she's young and hip and certainly I must at least be as upset with Don's content as she was.

I definitely must of missed something.

So I combed through the post reading intently, looking for something to offend me, maybe something that defined ALL women as needing a man to fulfill their story.

I didn't find it.

I found the words of a 30 something man who as a writer, is an acute observer of life.

I found the advice given in the post to be that which would be given if sitting around in a room full of friends and a girl were to ask "Don, as a guy, what do you think is the best way to find the right guy?"

I found the words of a man who recently found the love of his life, A man who can look back and say "I'm so glad that I never have to be there (dating) again".

I found the words of a thinker, and observer, a story teller who just wanted girls and guys to stop telling such crappy stories with their love lives and he gave his opinion on how to do that.

I agreed with him on much of the content.

I found nothing offensive.

Adam and Eve needed each other.

It's not anti-feminist to say we need each other to complete our story.

Sure, some of us don't need or what a man, and that's great. I completely believe that some people are called to be single. But to freak-the-geek out over his posts is just really ridiculous if you ask me.

Sadly, Donald Miller gave in to the Hysteria and took down both post.

He posted a very sweet apology to all that were offended.

That was very gracious of him.

Go read the post if you have time and tell me what you think. A reader saved it HERE so you can still see the entire post even though it is no longer up on Donald Millers blog.
Blogs My issues writing