A Night in the Loft with Eomer 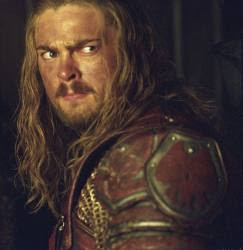 When I first started doing this Extra thing, I said to Esther (the person who got me into doing Extra work), "Oh My gosh, what would I do if I was in a movie with someone from Lord of The Rings?! That would be the coolest!"

By reading up on past movies that have been filmed here, I realized that I missed possibly being in a movie with Viggo Mortenson, who played Aragorn in Lord of the Rings, by only a month or so, he filmed a movie here last year.

But the thought of being in a movie with someone from Lord of the Rings was placed at the top of my "Movie Extra Bucket List."

Then last week, I received a call to be an extra in a movie filming in New Orleans called Loft. I said yes. I didn't know what the movie was about except about some guys who found a dead body in their apartment.

But after I said yes, I went on to IMDB, and I saw that Karl Urban was staring in Loft.

I burst into the living room and said loudly to Dean as he sat playing words with Friends on his phone,
"Dean!! Oh my gosh! Guess who is staring in Loft?!!? Eomer!!"

He responded with, "Orcs run freely across our lands!" in a perfect line quote from the movie and a perfect Eomer imitation. (he's watched the movies more than any normal husband of a LOTR geek, as I'm sure) Eomer was one of his favorites from the movies too.

So last night, I arrived on the set of Loft. Me and about 50 other extras.

Prince Edward (James Marsden) from Enchanted is one of the stars. He was there in the scene with us and walked by a few times.

And Karl Urban walked by me 5-7 times while shooting the scene.

He was about 4 feet from me every time he passed.

When I first saw him sitting there in his chair, I froze in nervous excitement as my insides screamed, "Oh my Gosh! It's Eomer! stay calm."

But on the outside, I held my champagne glass filled with Ginger Ale, leaned on the table nearby, and acted like nothing unusual was going on.

I started to notice that the other extras didn't even notice him, really. I heard whispers of "..who is he again? Oh yea, Star Track."

Then I looked around at all of them, not reacting to him like he was a big star (oh, yea, they react differently when they're around the big guns. They don't chatter as much, they're more respectful, really), and I wanted to scream at them all, "Hey, idiots, that's stinking Eomer! He was a star in two of the biggest grossing, most award-winning movies of all time!! AND the best movies ever! Show some respect!" 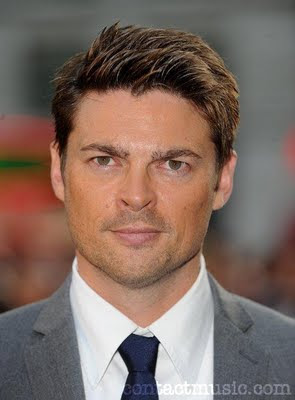 But I sipped my ginger ale and tried to ignore the male extra beside me, discussing the planets aligning and workout routines with the tall sophisticated lady that I had been placed beside.

Several times we repeated the scene, and each time Karl Urban walked by.

I've done several movies now, and I know the rules. I obey the rules. I have never asked an actor for a picture or even talked to them on set.

But last night, I contemplated...

"So should I risk it? Yes, if he gets close enough and stops within earshot, I'm gonna do it...I'm just gonna lean over and say, 'I have you in action figures. Both as a Rider of Rohan, complete with your horse and in your kingly garb for the coronation of Aragon. Oh, and I have a Lord of the Rings Tattoo."

But he never got close enough.

God protected him from the crazy 43yr old mother with Lord of the Rings action figures.

After only a couple hours on set, the director sent the extras back to the holding area to wait for several more hours, but they didn't need us again, and they called it a wrap at 3am.

But this was a bucket list check-off for sure.

I stood 4 feet away from Eomer, and I was on the scene with him. You probably won't see me, but I will know I was there.
extra Lord of the Rings