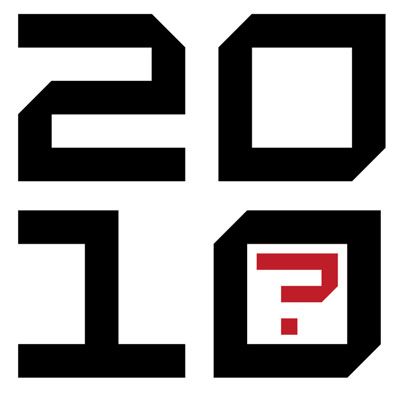 I am so frustrated right now. I can't write. But I know that the remedy for "writers block" is to write.

I've been trying to write a "year end" post. It's kinda like a must you know? I want to do it but I just cant.

It's like there is just too much in my heart and mind from this year to really do such a post properly.


Haiti jacked me up. I wanted to go so bad but God just kept not letting me. I feel like this year was him pushing me deeper into the pit, making me stay where the pit people are, hang out there, really get to know them in a deeper way. It was and is-hard and perfect at the same time.

Working briefly as an employee for the Dream Center under a federal grant was amazing. Daily it was extreme highs and extreme lows. Even after the grant ended I continued on two days a week cuz' I love it there.

I wont forget dropping "T" off at a boarded up abandoned building, she was 6 months pregnant. We took her bags in and sat them on a lone mattress that was on the floor, surrounded by trash and at the end of a building a strange man was sitting in a window seal smoking crack. I said "hello" to him as we walked in. As we left  I told T for her not to call me again until she was ready to leave the streets. I would not be giving her a ride to the abandoned crack house again. She chose it because her boyfriend kept getting them kicked out of every home and shelter they tried to stay at together. She was 17 years old.That was a rough day. But a few weeks later she did go to her friends house, without the boyfriend, and she stayed there. We gave her a baby shower, loved on her, took her to doctors appointments and held baby Nyia right after she was born. Then two months later baby Nyia died. It was ruled as SIDS on the autopsy. T went on with life living with random people, coming to the Dream Center for hand outs and church service.

I don't know why the transvestites of Plank Road have messed me up so bad. Meeting them this year, connecting with them, reaching out to them, has changed me. One boy's street name is "Treasure". When he told me that my heart ached.

When I'm away from the Dream Center and that community, I miss it so bad. I belong there. But I had to take a break for most of December, not a complete break, but just backing off a little. It can get to you. I wish it "got" to more people but I think many people are busy saying "well the answer is not sending more white people into the hood.." yea maybe so, but we wont ever know will we? It's a good excuse anyway.

I am always surprised at who stays. It's usually not the ones I think will stay. I think a lot of people love the idea of serving in the inner city, but the reality, not so much.

I've gotten to sing a few solos this year with the worship team, so that has been very cool. I really honestly love the Funky Town worship team. We are a family. I hate when people leave, but I understand, nothing stays the same.

The Dream Center dominated most of my year as you can see.

When I think about the fact that some of my writing gets published on Burnside Writers Group, I giggle. It still doesn't get old.

I spent several months working on my life story and then stalled. I just can't finish it. I'm a pathetic writer. Lazy.

Abel is learning to be Abel, it's not easy for him, he doesn't really know who Abel is yet. It will be two years in January since we came home with him. Every day gets better and better.

My Steele became a reader this year. He reads a scripture one time and comes home quoting it to us. I can never memorize scripture! He told me he wants "real" books not baby books (board books) so we got him some Magic Tree house books for Christmas.

E is magnificent. She has taken the reigns on her diabetes and even her Doctor praised her for how good she has been managing it. She is more stunning, strong and vivacious every day. I love her joyful, slightly geeky, rock and roll heart.

Dean is sexier then ever. This past year I have seen him really be stretched and I love him so much more every day.

I know that the greatest pain for my entire family this year came with the lose of Jordan Gautreau. His death was and still is so unreal. He died on a November Sunday morning, he was putting a sign in the ground beside the road at the entrance of our main campus of Healing Place Church. It was a freak accident. He left a huge hole at the Dream Center. But we're all so busy, grieving manifest in uncharacteristic outburst because we don't have time to slow down and grieve nor do we even know how to.

This year took forever it seems, yet, went by really fast also. And here at the end of it, I'm blessed. Period.
Dream Center Holidays