Well Now, Aren't you the Expert? 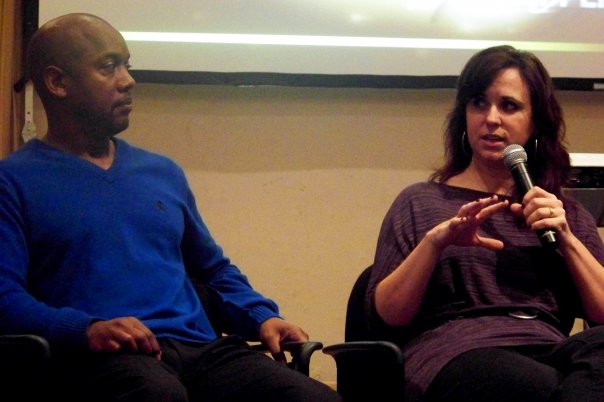 Back in the 80's and early 90's my friend Ammye and I would talk about how we needed a cable access show (for you young bucks, a cable access show or a satellite show was equivalent to a YouTube show or web show now, it was a place where amateurs went and did their own shows and some of them became famous. The movie Wayne's World is about Wayne's show like that) Ammye and I pictured ourselves just sitting and talking to each other, having the occasional guest, our friend Jimmy Clyde was usually that guest, he was and still is hilarious. But Ammye and I would banter, talk politics, men, religion, jobs, etc, and we thought it would be hilarious.

But like many dreams, this one proved to not be one we would actually see happen. And that's ok, I do believe there are small, "what if" dreams that are not necessarily meant to come true. It wasn't a huge dream, it was a fun, day dream type thing. But it was an expression of something deep inside me that longs to speak. It was part of a bigger dream.

Many nights I will preach myself to sleep. I will speak to the class room, the sanctuary, the small group, I will sit on the couch in a TV studio talking politics with a group of ladies, or I'll interview Colin Powel for a CNN special, as I'm falling asleep and in my dreams.

I took a Strength Finders test recently, one of my strengths according to them was "Input" which means I like to collect information. It said that since I have this strength that I should "not be afraid to set yourself up as an expert.." and since one of my other strengths was Communication, it said I should share my collected information with others in public forums, because basically, according to this test, I'm good at it.

Writing here on this blog is speaking, I actually believe that I speak here better then I do vocally but maybe that's because I've spent over 5 years honing this craft of blogging. Maybe it's because I have never put myself out there as a speaker.

But the truth is I've only been asked a few times to speak or address a class. I kept thinking that the people who make those decisions should just assume I speak, that I want to speak, and should just ask me to do so. But the truth is, they don't know because I have never told them so.  Because I am afraid and have been quieted by false humility.

I just don't know the balance, I can't see it. It sounds arrogant to me for me to say "hey, I'd love to come speak to your group about under age prostitution" I think it sounds arrogant to put myself out there as some sort of expert. But I see many speakers, authors, advocates doing just that. They know they have been given a mantle, something they must say, a message they must get out, and they let it be known that they want to come speak to people about it.

So, I'm praying for guidance in all this. But I do know that I can't let the fear stop me, and that is the main thing holding me back. The fear of failure and what people may think, and of rejection. Often times I will hear in my head "they don't ask you to speak because they are afraid of what you might say", which may be true for some, but I have let that stop me from putting myself out there at all and I can't do that anymore.

The first step is to put myself out there to this world. This blog world where I have spent five years writing and speaking in type.

I feel like God has given me a passion to tell the stories of the forgotten, the overlooked, the enslaved and the exploited and I would love to come speak to your group, classroom or organization and share my experiences, lessons learned and stories from the last five years of serving in the inner city.


Here's a link to Bronx Betty, I'd be the one with the short hair, Ammye even looks like the one with the long hair. (careful though, it gets kinda risque at the end of the skit, nothing too crazy but some people may be offended by some content)