October 15, 2010
Every time Midnite Outreach is coming up, life gets crazy. Tonight is no exception.

Dean has been having pain in his knee for two weeks and it finally got so bad last night that he went to the after hours place and they sent him to the ER where we found out that the pain is from a superficial blood clot. Sounds kinda harmless maybe with the word "superficial" in the description, but for it to stay "superficial" Dean has to lay with his leg elevated, using heat on the area and taking anti-inflammatory medications, until at least Monday, maybe longer. When he informed the ER Doc that he "had to work" (which he doesn't he has plenty of sick days) she informed him of the fact that if he doesn't get off his feet and do as instructed now, the clot will travel and it will hurt worse, and he will be back in the ER, maybe with the clot on his lungs, but it only gets worse, not better and he'd be down for much longer eventually with it, if he doesn't take care of it now. She also informed him that it could kill him. So, needless to say, after that, he decided to take her advice, which means, he's not going to Midnite.

But, I'm glad to say that other then a life threatening blood clot in Dean's leg, prep for Midnite has gone well. We are ready with beautiful Roses for the ladies at the Strip Clubs and these Hygiene bags for the prostitutes on the streets. 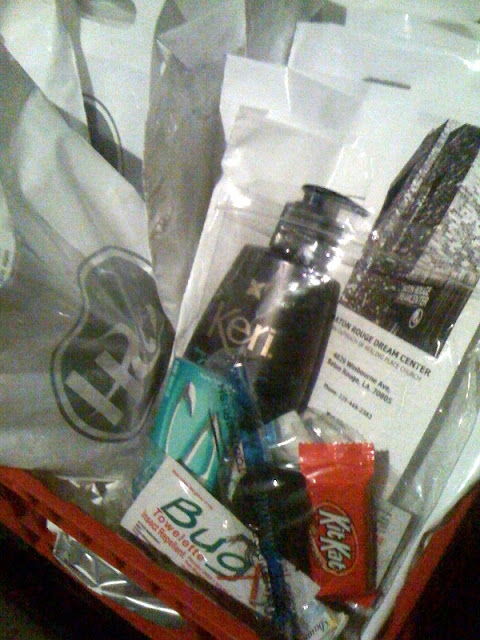 God wants to reach his children of the streets and strip clubs, no matter what the devil throws at us, God is bigger, His love is stronger and we will be out there tonite taking His love to the dark places of the world.