Everything is so RAD! 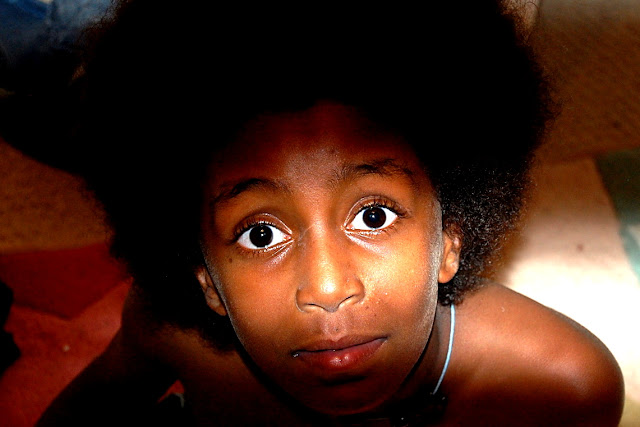 I copied the article below from a great parenting site for children with RAD, Reactive Attachment Disorder. I do believe that Abel has mild RAD. Our biggest, most hard to deal with symptom? Lying. I really, really hate lying. I react, like my grandma used to react, which is not good.

I hear people say, and I know it to be true, "we were spanked and we all turned out just fine". I could say the same (turning out "just fine" may be questioned by some in my case :-) but the truth is, Abel is not me, I am not Abel. Abel is not any of the people that are making these statements. Abel was Orphaned as a baby, raised by a grandmother, beat by a "grandfather" (aka man who lived with them, no grandfather is listed anywhere on documents) and then he spent two years in a group home, all by the time he was 6 years old. So, he came into our family with a lot of history stacked against him. History that created in him mistrust, fear, unhealthy survival traits and more. My job as his parent is to raise him to be a healthy, whole, secure and confident person, so that he can look at spiritual truths and accept them. So that he can believe God is his father who loves him unconditionally and find a deep meaningful relationship with his heavenly father.

I love how Karen Purvis asks "are you prepared to have people judge your parenting? Are you ready for people to think you are too lenient, not disciplining enough?" because that is how it looks and feels when it comes to parenting children from hard places. They have to be parented differently. Bottom line.  Christian communities especially love to say "don't let your adopted kid get away with anything your other kids aren't allowed to get away with" because to them, it looks like the child is "getting away with" more. So, I can't let what people think effect me. I have to do what's best for all my kids.

I fail miserably. It's very hard to learn something new and implement it. Grace is needed for sure. Wisdom. And wow, do I need mercy. I need to walk in it and give it.

So, I'm learning, Dean is learning and It's all good.

A typical child will sometimes lie when confronted with misbehavior. A child with Attachment Disorder often enjoys lying so much it becomes a hobby. They will tell people they had spaghetti for dinner when they had steak. They will tell people they had corn when they had green beans. It is a test to see how gullible the adult is! It is vital that any adult the child is entrusted to pass this “intelligence test” in order for the child to learn to trust. Children with Attachment Disorder want power and control more than they want anything. When an adult becomes angry over a lie, the message to the child is that the liar has the power and the one seeking the truth is powerless to get it out of them. This reinforces the problem. First thing, do not use anger in dealing with lying. It’s better to err on the side of not believing the child that is a frequent liar than to be conned when they are lying. They won’t trust you!


Option: A fun way to deal with it is to have two people with 3 x5 cards and pencils. When the child lies, the adult smiles, says nothing and puts a mark on the card. Sometime during the day one adult says to the other, in another room from the child, “He can’t hear us can he?” This will insure that the child is listening. Then the adult asks, “How many marks do you have?” “You have more than I do. I’m going to go get another one.” The parent then promptly asks the child something they usually lie about, smiles with no comment, puts a mark on the card and then returns to the other adult. Pretty quickly many of the children will stop lying because they don’t want their parents getting points in some strange game for their lies.


Option: Have the child do an extra chore to earn money. For a younger child a couple of dollars will do. For an older child make it $10 or $20 depending on the severity of the problem. Get the money in coins. Younger children use nickels and older children use quarters. Get two piggy banks or jars. Clear ones are nice. When the child lies they pay the parent for the hassle with one coin for each whopper. At the end of the week the remains in the child’s jar are spent on something fun, like ice cream. If the child is in the hole at the end of the week, they owe another chore.


Option: Another fun thing in helping a falsehood filled fiend is to ask them if they would like a bowl of ice cream then give them cereal. When they question you say, “Oh, I thought you were lying.” Off and on throughout the day ask them things, assume they are lying and have fun with it. Make sure this is fun and not mean!


For more information see the new, updated and expanded, When Love Is Not Enough by Nancy Thomas
Adoption Orphans parenting

Karen said…
Every child is different. It is not our job to make them like us, but to guide them into becoming their best selves. Usually and thankfully very different from us.
9/05/2010