Music, Two Things that Make Me Say "Are You Kidding Me?" 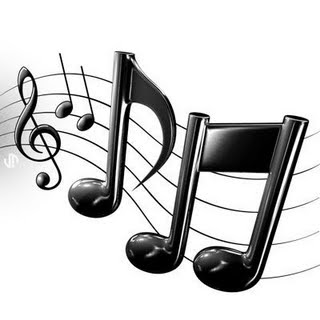 First,  dearest @JPbrumfield, asked on twitter, "top 3 rappers..in order" and I have to say, I was shocked that Tupac was number one over Eminem in this freakishly informal pole. Tupac sucked. Seriously. I guess if you get shot in a drive by and die that makes you a better rapper then everyone BUT in reality, Eminem is way better...and he's still doing it, hello.

Had to get that off my chest.

Now for worship music, I also have something I need to say...

in my opinion, when I click to hear "new" worship songs, by new" Christian artist, all I hear is Hillsong. The Hillsong driving drum, or that oh so insanely familiar Hillsong marching drum type deal that they have in 500 of their 1000 songs..it's now in 500 worship songs by new and current christian worship artist. Very creative.

I know this sounds snippy but the sad truth is, I like Hillsong, I do, I think they are great but geez-louise does everyone have to sound just like them that makes Christian music? Now we have 5 gazillion Hillsong wanna-be's out there, doing poorly what Hillsong does well, can no one step out of that box for even a minute?

I think it's the markings of a spoon fed generation that doesn't have to create, cuz' there is just so much out there to copy. Our brains are over loaded with visually stimulating images, amazing graphics, sounds at their finger tips like never before, so while we think we are creating a new song, a new work of art, we are actually just duplicating that which has already been duplicated.

I love the saying "necessity is the mother of all invention" I believe it applies to creativity also, we have lost creativity because it is no longer necessary. We like easy over necessary.

I know I'm being a downer here, and I'm not meaning to be really, It's just that I really do love music so much. There is some great creative new stuff out there, some hard to duplicate music that you can hear the depth in it and there is also some stripped down acoustic stuff that you can feel the beautiful simplicity of. I appreciate those golden nuggets in this mine of rubbish, I really do. I just wish the church as a whole would move toward more freedom and true creativity musically.

Natalie said…
YOU ARE ONCE AGAIN TERRIBLY WRONG!!!!!

TUPAC IS A LEGEND AND RAPS ABOUT WAY BETTER, MORE HEART-FILLED EVERYTHING MORE THAN that sham called Emmm could EVER IMAGINE!!!!!
6/17/2010