May 19, 2010
I have been working on a post in response to Glen Becks multiple TV broadcast about Social Justice, but then I found this post on http://Jesusneedsnewpr.com and I really can't say it any better then this.

This post was written by Adam Ellis, he's a pastor and well, he says what I wanted to say 5,000 times better then I ever could.

At His Glenn Beck and Call: one pastor responds 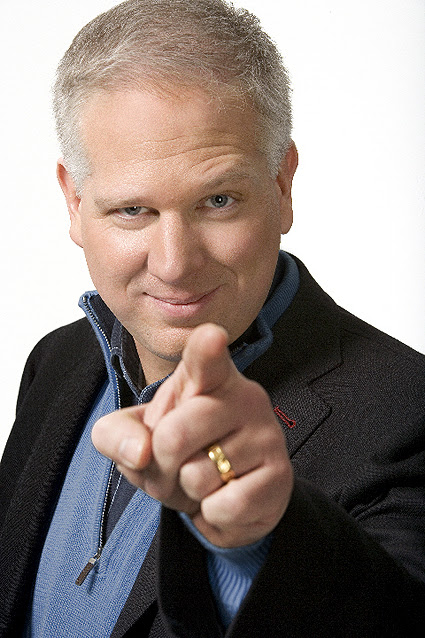 OK. It makes my wife nervous when I wade into these kinds of discussions, especially when I do it publicly. Now, for the record, I claim no affiliation to any political party, as I think political parties tend to demand a level of allegiance that I’m not willing (or at liberty) to give.

That being said, this most recent clip of Glenn Beck “teaching” us about social justice and partnership is abhorrent in my opinion. Of course, it would be merely ridiculous and laughable if I were simply judging it based on content alone. But that’s not the only issue here. What bothers me is the blatant attempt to co-opt Christians for a political agenda (as well as for ratings). What bothers me more is how wildly successful it’s been. To that, some of you might say, “But isn’t that what they are arguing against?”

Yes, it is. And that’s the hypocrisy of it all.

Don’t get me wrong, I don’t think scripture mandates government-enforced socialism or communism (which are not the same thing). However, it should be noted that under the Mosaic Law, redistribution was actually mandated in some ways i.e. “leaving the edges of your field unharvested for the poor,” and the “year of Jubilee”. But scripture doesn’t advocate unregulated free-market capitalism, either.

The theme that I read over and over again in scripture is God’s concern with what kind of a people we are becoming–both collectively and individually. Are we becoming the kind of people who actually care about the other person…the poor and the oppressed…the widow and the orphan?

Are we becoming the kind of people who find ways to demonize and devalue other people, so that we can justify hoarding wealth and resources for ourselves?

Do we look for ways to baptize selfishness, or is the unconditional love of God that we’ve accepted making us more loving and generous people? Is grace something that we merely accept, or is it something that we embody?

Do we use one verse (out of context) from Second Thessalonians to justify our way out of more than 2000 verses of scripture that deal with our responsibility to the poor and oppressed?

(SIDE NOTE: Did you realize that the prophet Ezekiel identifies the “sin of Sodom” as the fact that they were “arrogant and overfed” and that they “did not care about the poor and the oppressed”?)

Are we so troubled by the plight of the poor and oppressed that we wrestle with the complex nature of the problem and the inadequate solutions offered by political leaders on all sides, or are we suckers for T.V. personalities whose confident, righteous-sounding rhetoric gives us ways to justify our selfishness, greed, and/or prejudice?

Sadly, we Christians have a very pervasive tendency to remake God in our own image instead of the other way around. And we use Scripture as a tool to prop up what we already want to believe rather than allowing God’s story to change our hearts.

That’s why it saddens me to hear Jerry Fallwell Jr. and George Lillback happily lend their support and “wisdom” to Beck’s propaganda. In this clip alone, they oversimplify issues that are deeply complex (Biblical and otherwise), and even poorly reveal the actions and words of historical figures (like Rauschenbusch, for instance, which will be clear to anyone who has actually read his works) and concepts they cite. I’m unclear if their actions are because they haven’t taken the time to adequately research these issues, or if they think they’re serving some “greater good”.

To me, it seems they’ve allowed themselves to be co-opted and used. Multiple positions could be intelligently and compellingly argued by people of faith, if they would simply admit the complex nature of the argument. Instead, we get people passing themselves off as experts to support what is little more than political, social, and media propaganda.

Sure, I’m disturbed by the fact that Glenn Beck is presuming to tell people where they should and shouldn’t go to church.  But you know what bugs me the most? The fact that so many Christians actually buy into Beck’s message. Where’s our discernment? Why are respected Christian leaders standing next to him and supporting his propaganda?

And why in the world do so many people of faith feel the need to be at this man’s beck and call and serve his agenda rather than the agenda of Christ?

(You can also see the two clips of Glenn Beck "teaching us" about Social Justice on the blog where I took this from, http://www.jesusneedsnewpr.net)
Blogs Matthew 25 Politics The Church

The Lady with the Dragon Tattoo said…
I am very sad that people actually watch and believe that stuff without questioning the content. I never watched him or knew who he was until I saw the video. I wasn't impressed. A charcteristic of the postmodern movement (which is now) is that the media saturates and decides the culture and values of today's society. I would agree this is an excellent example of that.
5/20/2010