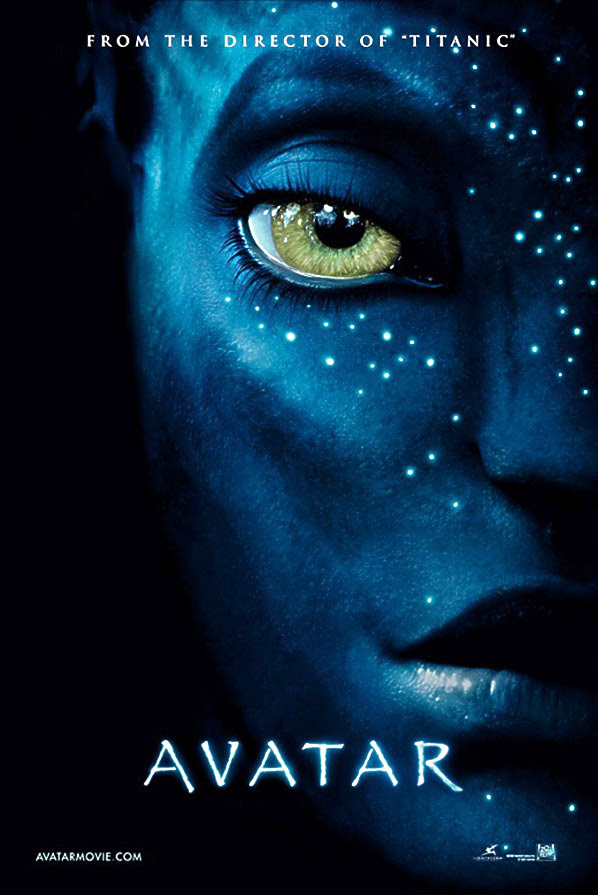 I went to see Avatar last night with Evangeline. It is a beautiful master piece of a film.

Avatar is officially budgeted at $237 million; other estimates put the cost at $280 – $310 million to produce and an estimated $150 million for marketing.

They definitely got their money's worth, this movie is visually stunning. The love story is beautiful and the complete tree hugging vibe of the film will sit very well with the big "save the earth" fascination going on right now.

I was actually shocked by how blatantly political this movie was. It was very anti-war, very green. While watching it, I could just imagine some of my ultra-conservative friends freaking out at this movie. Even as an Independent, I thought it was over the top. BUT my dad, who is a hard core Republican, votes completely party line, said he loved the movie. I guess because it's NOT REAL! It's about Aliens, in the year 2141 and It's based on a moon of another planet. Sure, the director had some strong anti-war, green-I-love-mother-earth statements to make with this movie, and he did it well but it's fiction.

I did take the opportunity after wards to talk to Evangeline about how some people take being stewards of the earth too far and they begin to worship the earth as God. As Christians we know we are to protect the earth and respect the ecosystem that God put into place but we are not to worship it.

For me Avatar brought to mind the book I am reading right now, "King Leopold's Ghost" about the colonization of the Congo and the rape of that land for resources. It also made me think of the plight of the American Indians when everyone decided to take a piece of the Americas. I thought it did a great job of showing how greed driven ambition destroys.

Here is what Christianity Today had to say about the movie, http://www.christianitytoday.com/ct/movies/reviews/2009/avatar.html

I give Avatar 5 stars. If you haven't seen it, I recommend it highly but like I said, it's very political. If you have seen it already, What did you think of it?
Art Movies/videos Politics