Knock on a cup 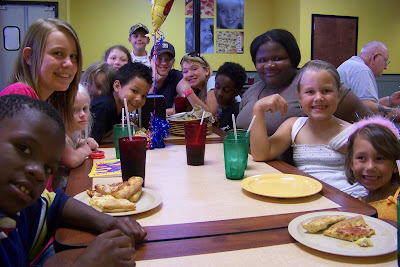 The group at CiCi's pizza, where we had the party.. 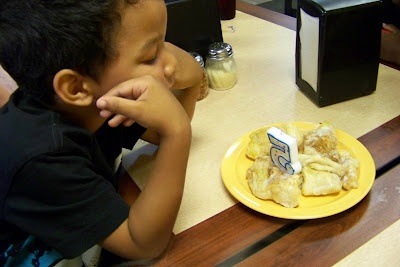 Steele's eyeing his birthday Cinnamon Rolls before I lit it to sing Happy Birthday... 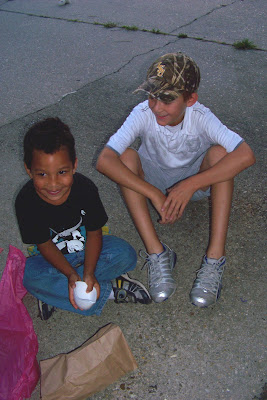 And later in the day Jonas gave Steele the gift he wanted most. On Saturday while at the ball part Jonas said "Steele, what do you want for your birthday?" Steele said "a cup like you have so I can knock on it like this" then he proceeded to knock on Jonas's cup..that he was wearing at the time :-)

After Jonas gave it to him, he promptly put it on and started knocking!
family Family Pictures

Anonymous said…
That is so funny! That boy is a trip. Tell him GrandMa & GrandPa said Happy Birthday again. Give him a big kiss from us. Love MOM
6/01/2009

Anonymous said…
That is so funny. Happy belated birthday to Steele.
6/02/2009