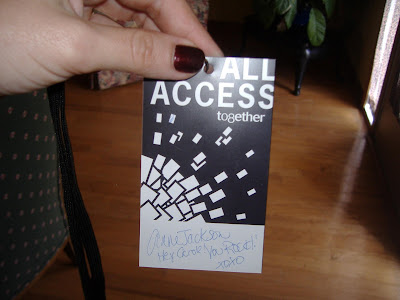 This is a picture of a signed All Access pass for Catalyst, which I did not get to go to but really wanted to go. The Blog father, Dan Ohlerking, he did get to go to Catalyst so he got this for me from Anne Jackson, she's like freak diva of the Christian blog world, writing a book called Mad Church Disease and her blog gets like a million hits a day, she's like the Carlos Whittaker of chick bloggers. So, I hounded Dan on Twitter to get me a copy of Anne's book but it's not out yet so he got her to sign this pass for me. She wrote "hey carole you rock! xoxo". 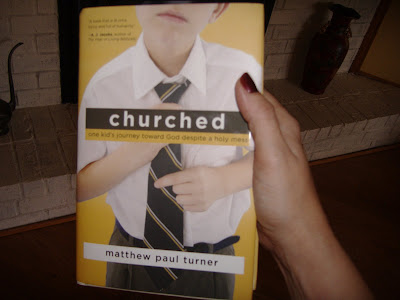 And this is a book I won from Pete Wilson's blog. He's a pastor in Nashville TN. His blog is really great. He had a contest where readers had to give a caption for this picture.. 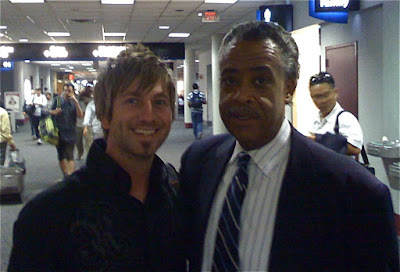 The caption I put was “This guy is way to white for me to be standing by without getting paid” Cuz that is Al Sharpten and well, he kinda always wants to get paid...anyways, Pete liked my caption and so I won that book. I love books, especially free ones :-)
Blogs

Carole Turner said…
Yes, he did but since I have a 4 yr old son, the Chocolate has now disappeared off my dresser!