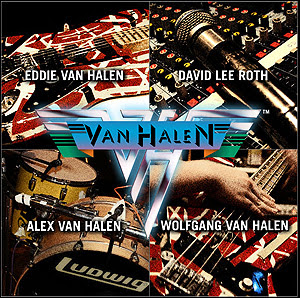 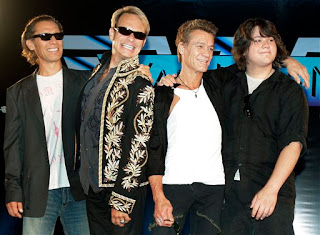 Van Halen Announce More 2008 Tour Dates
11/27/07, 11:36 am EST
With David Lee Roth and Eddie Van Halen somehow co-existing peacefully thus far, the sorta-reunited Van Halen will see if their luck can extend into next year as the band has announced more 2008 tour dates. After the band plays their current tour-ending gig in Las Vegas on December 30th, the quartet will reconvene January 22nd in Oklahoma City for another leg that will see them performing until March 30th. Diamond Dave better stock up on the spandex. The band will play a trio of shows in Texas before heading back east — by way of a concert in Sunrise, Florida — to perform another show at NYC’s Madison Square Garden on March 17th. We’re hoping Wolfgang Van Halen has a tutor that travels with the band, as he’s officially missing a lot of school. Full 2008 tour dates after the jump …

Ron said…
Saw them twice in the early 80's. If I remember correctly, Dave got arrested for drug possession after one of the concerts. Big surprise!
12/04/2007

Anonymous said…
I remember Dave smoking a joint onstage at the 1980 concert. People were throwing all kinds of stuff up there. Wow. that was a long time ago.
12/05/2007