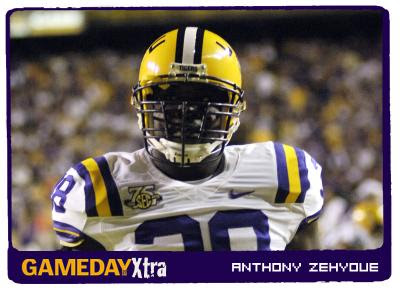 On Christmas Eve 1989, Charles Taylor and a small group of rebels invaded Nimba County, an inland territory in northeastern region of Liberia. Taylor and his forces, by this time known as the National Patriotic Front of Liberia, met opposition from President Samuel Doe and the Liberian Army and civil war broke out.

In the fall of 1990, just before President Doe was to be executed by the N.P.F.L. and in the midst of bloody infighting, Anthony Zehyoue (pronounced "zay-you") left his home, his wife Annie and their four children in Liberia to pursue a PhD in chemistry at LSU. A Fulbright scholar having already earned his master’s degree in chemistry at Marquette University, Zehyoue was familiar with the United States, but had little news from the war-torn country where he left his family.

Zehyoue did what any husband and father would do and moved his family from Liberia to Baton Rouge the following year as war was still rampant in the West Africa nation. There begins a story of a boy, his son also named Anthony Zehyoue, who -- through tremendous hardship and struggle -- would put on the purple and gold and play in front of thousands on Saturday nights in Tiger Stadium.

Read the rest of the story here