These are our neighbors...


U.S. and Iraqi soldiers provide medical care to boys discovered naked and abused in a Baghdad orphanage on June 10, 2007. Soldiers found 24 severely malnourished boys, some tied to their beds, in the orphanage, yet there was a room full of food and clothing nearby. 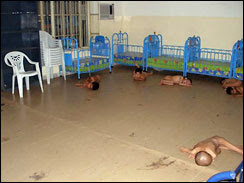 U.S. soldiers rescued 24 special-needs boys from a Baghdad orphanage after finding the children suffering in horrific conditions, in this photograph given to CBS News. 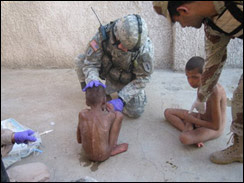 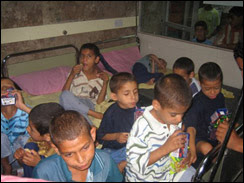 Some of the 24 severely malnourished and abused boys found by U.S. and Iraqi Army soldiers at a Baghdad orphanage drink juice as they wait to be taken to a nearby hospital for care in this photo provided to CBS News. 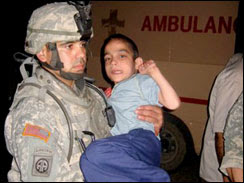 Benjamin Morales carries one of the special-needs boys from a Baghdad orphanage after finding the children suffering in horrific conditions, in this photo given to CBS News.

Thanks Amy for posting this @ His Hearts For Orphan's