The Ring of Social Power

I left Facebook at the end of May, 2020 after 13 years. I can take a lot and I had taken a lot on that platform. I'd watched as family members blocked me, had lifelong friends make nice comments such as, "I will run you over" and more than a few times I had friends and/or family members who would swear they "love me" call me a "communist, anti-American, stupid, libtard".

So I muted, un-followed and outright blocked people trying to take ownership of MY feed.

Facebook kept saying that I set my feed, right? I control what I see, who I interact with. I control all of that. That's what Facebook sells us, right?

But the hearts of Men are easily corrupted, and a Ring of Power has a will of its own.

I spent years on this "Platform" thinking I could use it to change the world for good, trying to convince people they should believe like me.  I convinced myself that what Facebook sold me was true, I was in charge of my feed. I never clicked on an ad, I wasn't going to be a slave to Sauron! I mean Facebook. I had principles, damn-it!

I tried not to engage assholes or be one, I failed daily because that's the goal of the One Ring, I mean Facebook, to make us "engage" ie. fight and all hate each other.

I'd rage about injustice, Trump, racism, whatever. I'd rant and feel that of course what I was saying had to help change things for the better only to find out by the comments that another person from my past was an ignorant moron and another family member was becoming more and more racist because they were spending a majority of their time staring at the One Ring, I mean their news feed, reading propaganda aimed directly at them.

When my kids would show me post from family members, who supposedly loved them too, and ask, "so they're racist?"  Even then, I'd try to explain it away.

And just today, I wanted an example for this post so I picked up my phone and typed "Facebook" into Google, it brought up Steele's Facebook feed. The image below was the second post on his feed. This is a VERY close family member. The person who posted this and the family members who hit the Like button on this and the people who comment on it in the affirmative actually wonder why he doesn't want to visit with them when we go down there. 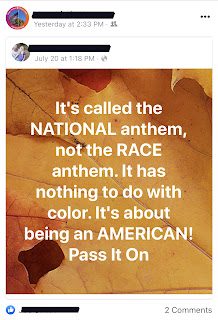 These are older adults, not children or millennials.

But will I call them and have a discussion about this post? No. We've long since stopped talking about things that matter. We just take to social media and post passive aggressive memes on our feeds so we no longer have to resolve our issues.

I held the Ring if Social Power for too long.

I am ashamed to say that the ever-present reposting and cheering on of passive aggressive racist dog whistles such as this; the liking of outright lies and propaganda bullshit is not what sent me over the edge. The growing and creeping racism that destroyed relationships within my family isn't what made me finally leave Facebook. It should have been enough but I was just too addicted to the ring to let it go.

Rock bottom came in the form of a perfect storm.

The first part was when a very close family member, commented SHUT UP! Just like that in response to me when I asked a question that I guess he didn't want to answer. Sure it was rhetorical but he posted an incendiary post, so why light a match unless you want to start a fire? He wasn't wanting engagement? From his response I gather he certainly didn't want engagement from me. That interaction really hurt me.

That interaction in combination with what was going on with another family member put the nail in my Facebook coffin.

The other family member is in charge of the Covid ward at the nursing home she's worked at for thirty years.  Back in the Spring when Covid was just kicking in and we were all starting to learn what was what, she hardly ever posted on Facebook but she started posting to educate people on the benefits of social distancing, mask wearing, etc. She was thinking about the residents at her facility and the people in her community who wanted to visit their family members living there and the staff.

What she got in response to her attempt to inform and consider the elderly residents of her facility was vile ignorance. Rather than people hearing her, being considerate and wearing mask, people attacked her.

I mean, is there anything more telling about who we've become than an asshole commenting about his freedom after being required to wear a mask when he goes to Wal-Mart, to a nurse who wears PPE all day working the Covid ward at a nursing home where she's watching people die from Covid because of people like him?

So that was the straw the broke the Camel’s back. I threw the ring into Mount Doom.

I think about my family and friendships before Facebook, all relationships were so much better. We talked; we sat together and looked each other in the eyes. We talked on the phone. We had hard conversations. We looked at pictures, laughed, cried. We went places together and visited with each other.

Sold to us as a platform to unite us, Facebook has done great damage, divided and destroyed families, friendships, communities and countries.

You ever watched the Matrix movies? It's like we're living in them to a certain degree or the HBO series, West World, season three. Don't believe me; watch The Social Dilemma on Netflix, it will freak you out.

The problem beneath all other problems

Technology’s promise to keep us connected has given rise to a host of unintended consequences that are catching up with us. If we can’t address our broken information ecosystem, we’ll never be able to address the challenges that plague humanity. 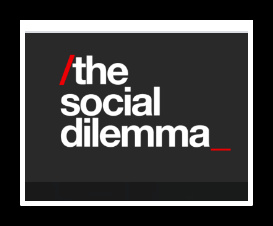 I still have to click on Facebook to look at The Holding Tent where they list casting calls for movie extras and I hate it. I quickly check to see if there's a new casting call then I get off. I know the power of that platform especially now that I've been away from it for a while.

I dare not linger...hold the ring for long, slip it on my finger.

It's always calling to me,

The Ring of Social Power. 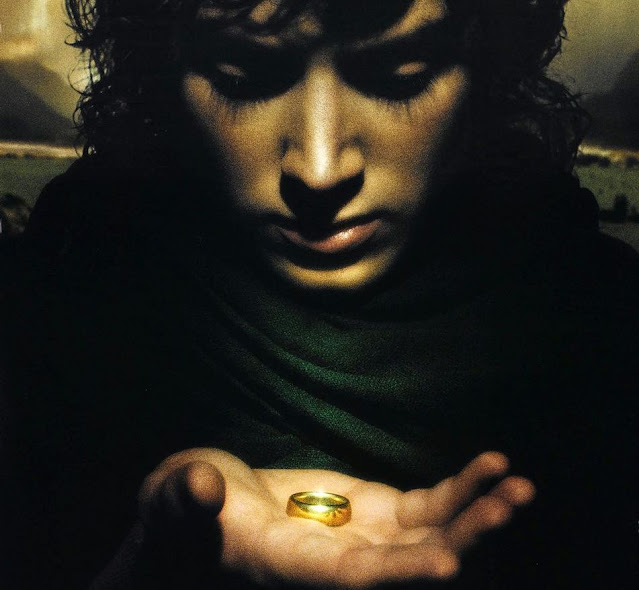 family Lord of the Rings My issues social media