July 10, 2019
Steele's been watching a bunch of Youtube videos and getting really stressed out. Having actual panic attacks about things like the air quality alert that popped up on our weather ap. I had a talk with him about where NOT to get his information from. I explained to him that now days anyone can make a "news show" and put it on youtube. They can doctor videos, make Deep Fakes and convince people that something is real and true when it is not. I told him how I once got caught up in conspiracy theories, in my day it was The John Burch Society newsletter that fed me my dose of crazy. Thank God my mom told me to be careful reading that and she gave me some insight into them. After a while, when all the fear doesn't pan out, when the prophecies about Beyonce and JZ and the Illuminate don't come true, (in my day it was the Bush Family and the one world government) you have to call bull shit where you see it.
I also told him that he should only get his news from reputable news sources, and even then, check that information against other reputable news sources. But most of all NEVER believe anything you see or hear on Youtube because youtube is the reason we have Alex Jones, Alex f-ing Jones (thank God justice is coming his way, the Sandy Hook families suing him and him being exposed for the fraud he is- sweet justice) there are people who still believe Alex Jones, which is just lazy. Sitting and getting spoon fed information is what destroys brain cells, destroys nations, it's why we are in the mess we are in right now.
Too many people will take the click bait on Facebook or Twitter, that bait that was sent just to you because you "liked" something before and an algorithm told them what you were interested in, so you click, you eat the bait, your on the hook before you know it you are believing bull shit without even taking the time to research...because it's easy. Just sitting back and letting yourself be programmed is much easier than resisting, much less work than fighting against the machine. But I have to teach my kids how to resist.

I have to show them how not to be lazy consumers of the nocuous web, taking in all the poison from this bull shit, TMI world. 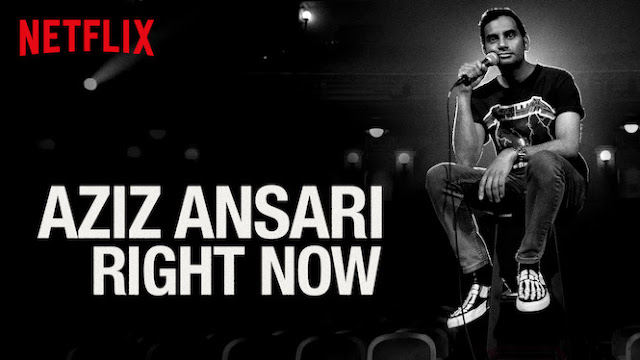 After I wrote what you just read above in a post on Facebook, I watched Aziz Ansari's new Netflix special. He's been away from the game for a bit because he was called out on Babe.com by a lady he went on a date with who said he was a real douche. She didn't accuse him of rape or sexual assault more like being a real pushy date, wanting more sexually. Afterward when the lady told him she didn't feel comfortable he immediately told her he was sorry but that wasn't enough. So Aziz got dragged and a lot of me is glad he was called out, like he said, it made him evaluate, take a hard look at himself and who he was and I think it also made other men do the same. That is good, not bad. I love Aziz. I've seen him live, I love his show Master of None and he's just one of my favorite comedians. I'm glad he's back.

I accept that people can be called out, repent and change and I think he has.

Anyway, he talks a lot in his special about the social media issues I mentioned in my Facebook post. I highly recommend watching it.
comedy family Finger Nail Droppings social media