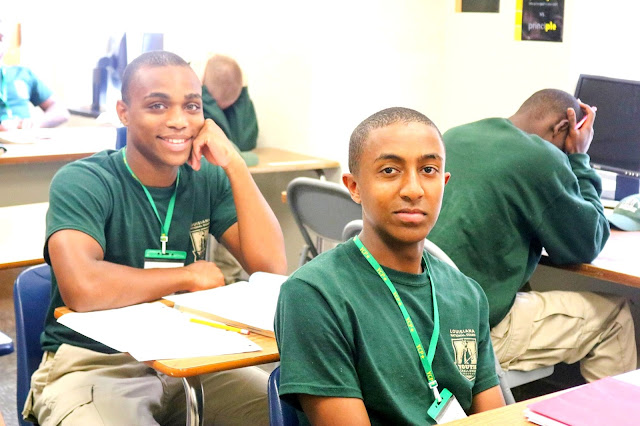 I recall the lawyer warning us how hard it is for some kids, the physical aspect breaks them that first couple of weeks. I thought "you don't know my Abel" I was right. He tells me about kids who run away, kids who couldn't hang, but Abel just shrugs it off when I ask if it's hard. I'm sure some of that is pride, he has a lot of that but he also has an amazing amount of grit. He's tough as nails.

He's started classes to take his GED, which is now called the HiSet, or something like that. When he took the placement test he scored out of math, and either on level or higher in everything else. Even after missing so much school last year (He really didn't go to school much all his entire 10th grade year because he was in the TAU center, residential treatment or jail) and yet he scored a 12.9 on his math right out of the gate. (which means he scored what someone who has completed the 12th grade should score)  It's crazy how well he scored in reading and English too, both were 10.9 or higher both times he took the test. They test them every few weeks as they are learning to see how well they're progressing. I'm really proud of him.

We talk every Sunday. He gets to call us for 9 minutes. It's nice. I write him every week and he usually writes me.

He will be earning credits from River Community College in welding while he's at YCP (that's the trade he's selected to study there) and he said he wants to complete his trade degree when he gets out in September.

He gets a home visit the week of July 4th. I'm nervous about it and glad, you know?

If you're a person who prays, could I ask you to please pray for us that while he is home for that week we have peace and he feels good being there, we feel good and everything goes well? And please continue to pray for him at YCP. If you're not a praying person we would still love it if you sent love and light and good vibes his way whenever you think of him.

These are pictures that YCP post on their Facebook page. I have to look through hundreds of photos to find his but let me tell you, I know immediately when I see him, even with that shaved head and that extra meat on his bones! He's gained like 20lbs. It's all muscle though :-) 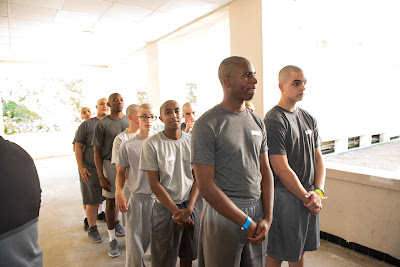 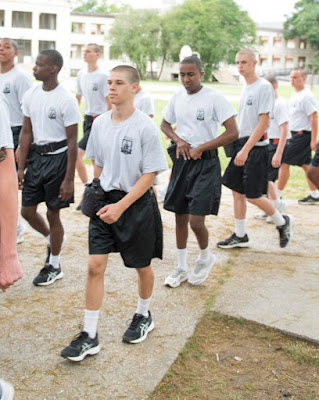 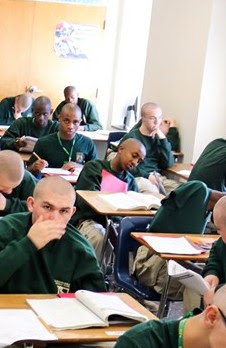 Herstorygirl.blogspot.com said…
Carole, This brought tears to my eyes!! I am so happy to see Abel doing so well, and YES, absolutely, we will be praying! We love y'all and we love Abel!
6/18/2019