Heroes and Children, Let Me Clear My Throat 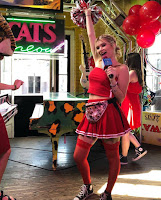 There are people I’m intrigued by due to my life experience. For instance, as the mother of a Type 1 Diabetic daughter my interest was piqued when Sonia Sotomayor became a Supreme Court judge. She was diagnosed with T1D at age six, she overcame poverty and managed a chronic disease and was the first Hispanic, Type 1 Diabetic on the Supreme Court. I pointed this out to Evangeline when she was younger as an example of what someone with T1D can accomplish. What an amazing triumph.

People who don't fall into their expected roles in life always intrigue me. Justice Sotomayor’s life set an example for my daughter as a diabetic, for Hispanic girls and for anyone else having to swim upstream. How crazy is it that a poor Hispanic girl grew up to sit on the United States Supreme Court? That encourages me as the mother of a diabetic who spent many sleepless nights worried if my daughter would even grow up.

Sonia Sotomayor is a hero of mine because I saw my daughter in her. Heroes become heroes to people for many different reasons. 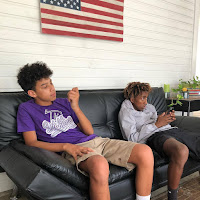 Before we adopted Steele in 2004 there were family members who told us we were making a mistake. Close family members said they would have nothing to do with our mixed black and white child. We were warned against causing strife, why did I have to be so controversial? They asked. Why couldn’t I just be happy with one child? Leave well enough alone, not rock the boat. Was I trying to give “you know who” a heart attack? Oh the fear they tried to instill in us to keep us from adopting him.  Much worse was said behind our backs. The crazy thing is, once he was here and a living, breathing baby boy, the big talkers fell in love with him, he was much harder to fear when he was no longer a hypothetical and much easier to love.

Then along came Abel. We were told if we adopted him we would bring diseases back from Africa. Seriously. Adopting a half black American was one thing but adopting an all-black, six years old from Ethiopia, now that was just too far! Of course the negativity stung, how could it not? But we didn’t let them dampen our resolve. They were misinformed due to refusing to see past their fear and we were just naive enough to believe humanity wasn't as bad as they wanted us to believe.

No matter what there will be people who will shit on you when you try to do something outside of the normal flow. They will say you are doing it for attention; we certainly got our fair share of that. They will say you are doing it for money, got that too. It’s their way of explaining to themselves your motivation for doing something they will not do. They don’t get what you’re doing. Sometime when they look and think “what the hell?” rather than ask you and then hear you, listen to you and understand your reasoning, it’s easier to just write you off with simple explanations like you're doing it for attention or for money. 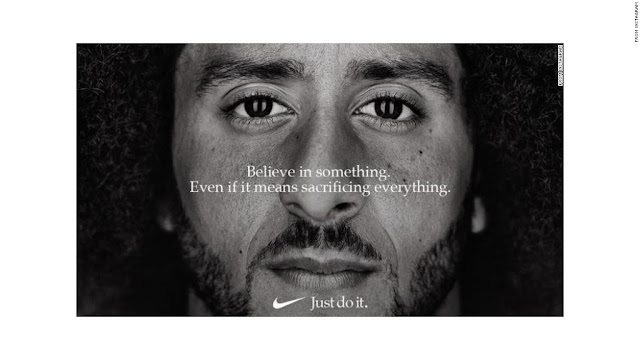 When Colin Kaepernick first started kneeling during the national anthem, I wondered if he was just doing it for attention. Was he a show boat, just like so many other arrogant football players? I heard him speak about it and I thought what he was doing was crazy. Most of the time, at first, he was kneeling alone. As a protester myself and someone who has always been drawn to rebels, I couldn't help but love that he was willing to do this by himself with very little support at first. Then I read about his life,how he was adopted as a baby by white parents and of course I thought of Steele.

The more I saw rednecks and people I know who are racist (but swear they aren't) come out against him and what he was doing, the more I supported his right to do it. Most of the people I saw getting mad about his protest were people I've heard with my own ears use the N word many times. The ones I saw posting on Facebook about how they weren't going to let some millionaire athlete disrespect the flag were the same people who wore confederate flag T-shirts. They think a guy kneeling during the national anthem is more disrespectful to our American flag than that rebel flag they have plastered across their bedroom wall? Right.

Then last week Nike chose Colin Kaepernick as the face of their 30th anniversary campaign and all the "I’m not racist but..." people suddenly became armature pyromaniacs and marketing experts. In using a controversial, budding civil rights icon, that Trump has spoken out against on numerous occasions for their 30th anniversary ad campaign, Nike joined in the stand against our racist president who regularly fans the flames of hate and division.  He called the kneeling players "son of a bitches" and continues to blast them every chance he gets. When he should act like the president and lead a constructive conversation about how to improve policing and race relations, work to unify the country rather than divide, he always chooses to stir the pot instead. He has made clear the America he wants for the future and how he feels about immigrants and people of color who dare to speak out against him. I'm glad that a powerful company such as Nike is making clear the America they want to see for the future in response.

Let me ask you a question, those of you who believe in this FOX news, Trumplican philosophy of America, where do my children fit into the America you want? Maybe they could be an obedient athlete, artist, entertainer who just performs for you and is grateful you allow them to work, earn money and be black in your white world? Maybe they could clean your toilets, cook or serve your food, watch your children, dig your ditches, so long as they don't ask to be paid too much or more than your gracious self is willing to pay them? Perhaps my boys could get a pass because they have white parents, be considered some of "the good ones" so long as they "talk white" and don't let their pants sag? Or maybe they could just grow up and take their families and move into the hood and you could pass over them on the interstate on your way out of town. And you could talk about how awful the schools are there, how you're glad your white kids don't have to go to those horrible schools with them because you broke off all the white neighborhoods into smaller towns until you completely abandoned the city to form a ghetto.

But of course the same "I'm not racist but.." people are all suddenly concerned about How Ethical Nike is. They don't bother to research past the usual echo chamber sites, they find a quick meme and post it. Let's just get this out of the way, Of course Nike is out to make money! It's a corporation. Nike had sweat shop issues in the past but the reports of factory workers making .14 an hour now that's being posted all over Facebook is not correct. Dean and I both wouldn't wear Nike for many years due to their rating. I follow that kind of thing closely and once they started to make improvements in the mid 2000's, I started buying them again.

I see my boys in what Colin Kaepernick took a knee for, he was trying to bring awareness to police brutality against minorities in America. The jury is still out on whether or not he has succeeded at what he was trying to accomplish by kneeling but at least he tried something crazy when he didn't have to. He was white enough to just chill and rich enough already to enjoy some privilege. He didn't need to get involved in the fight for the Tamir Rice's of America but I'm glad he did and I'm glad Nike is now paying him bank for doing so.

I’m glad my boys have crazy heroes like Colin Kaepernick and now I have another excuse to buy new workout clothes and some purple Nike’s for the LSU games.

You are one of my heroes Colin Kaepernick.